The problems associated with drilling oil on Lake Malawi have resurfaced with the new claims challenging Malawi that they need to revoke the licenses they gave to Surestream for them to explore the possibility of drilling oil on the lake.

A report that Malawi24 has seen warns Malawi that it stands in violation of the international law in its awarding of licensee for the mining of oil in Lake Malawi. 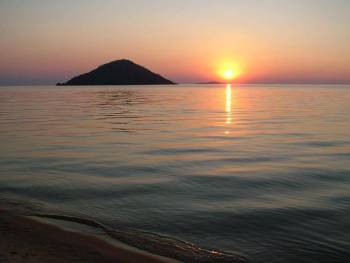 The report published on Further Africa quotes an environmental activist Godfrey Mfiti who dares the Malawi government to immediately revoke the licenses.

“Malawi is a signatory to International Convention that do not allow it to drill oil in the lake,” said Mfiti to the publication.

Malawi24 understands that the Malawi government is a signatory to the 1972 World Heritage Convention which was ratified in 1994. The convention urges signatories not to exploit world heritage sites of which Lake Malawi is one of them.

It is further understood that once a place becomes a World Heritage Site, its ownership ceases to be of the member country in which the site is in. it becomes of the whole world. It is with this understanding that the Malawi government has been challenged that it does not own the lake.

Malawi24 further understands that SADC member countries agreed that there shall be no exploration of minerals in shared waters. Lake Malawi is shared between Malawi, Tanzania and Mozambique.

Parliament as well passed the Parks and Wildlife Act in 1993 which makes it illegal to mine in protected areas of which Lake Malawi is one.

The Malawi government issued oil gas concessions to Surestream from United Kingdom and RAKGAS from Arab Emirates inorder for them to explore oil and gas on the waters of Lake Malawi.