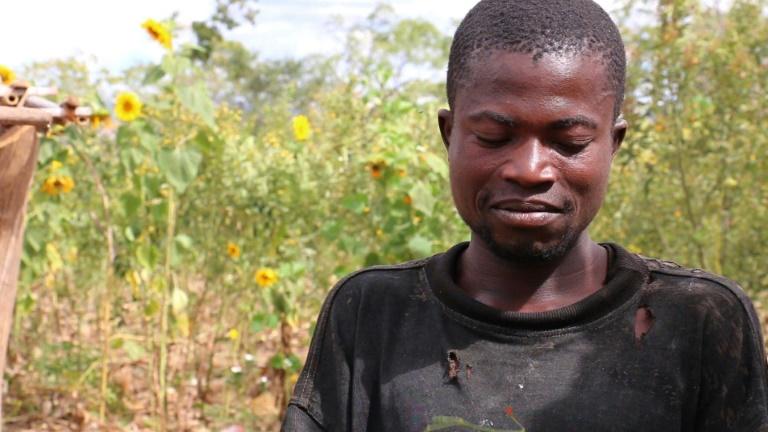 Immense reserves of gas and coal in northern Mozambique have attracted foreign investors in recent years, but so has its fertile soil, much to the concern of small farmers displaced by agricultural megaprojects.

For the purchase of her house and two hectares of fields, Regina Macomba, a farmer in her 50s, received 6,500 meticals (US$125), or two months of the minimum wage.

However, she did not have a choice about whether to sell.

Agromoz, a joint venture between the Amorim Group — owned by Portugal’s wealthiest family — and Intelec — a company owned by former Mozambican president Armando Guebuza — had obtained a government concession in 2012 to farm soybeans on 10,000 hectares in the remote area near the border with Malawi.

Hundreds of others have also been evicted since 2013 to make way for the mega farm that will produce the soybeans for feed for chickens.

“Three days after receiving my indemnity payment, the bulldozers arrived to destroy our homes and we had to carry our belongings and food away on our heads as the sun came up,” said Macomba, who has now resettled in Mutuali.

Nearby stands the wood frame of what will eventually become the house of Arnaldo Francisco, 26, who was also evicted in 2013, but has yet to put a new roof over his head.

“I’ve had to tend my crops first,” he said as he pulled seeds out of piri piri peppers, which are a mainstay of Mozambican cuisine.

Neither Macomba nor Francisco know how to read and neither speak Portuguese, the national language in Mozambique.

They signed the detailed documents explaining their compensation for damages plus interest despite not understanding them.

Agromoz said it acted in accordance with the law and conducted the entire process in full transparency.

“It wasn’t the company that fixed the level of compensation, but the Mozambican government which determined what should be paid to each family,” Agromoz chief executive Andre Luft said.

Nevertheless he acknowledged the swift eviction of the farmers tarnished the company’s public image.

Agromoz justified its action because the project was behind schedule due to community consultations. And with it currently exploiting only a fifth of the concession, other small farmers still face the threat of eviction.

“The Agromoz situation is explosive, nobody knows what could happen,” said Antonio Muagerene, head of the PPOSC umbrella group uniting local civic groups.

He placed the blame for the current tensions on the government, which he said failed in its role as a mediator.

Non-governmental organizations are concerned that the Agromoz scenario could be repeated on a much larger scale.

The Prosavana project, which emerged from a 2009 cooperation pact with Brazil and Japan, concerns 10 million hectares or just over a quarter of Mozambique’s arable land.

The first draft of the project released in 2013, which called for adopting industrial farming practices used in Brazil to boost soybean export capacity when 5 million Mozambicans suffer from chronic food insecurity, sparked an outcry among farmers’ associations.

Earlier this year the government presented a second draft of the project, which took into account many of the concerns voiced by small farmers.

Work on the draft bill was continuing to incorporate the views of civic groups into the second draft, Prosavana’s coordinator Antonio Limbau said.

However, Manuel Pedro Massava, a representative of Mutuali’s farmers, was skeptical.

“Agromoz was a lesson for us. We saw how people were treated and the same thing will happen with Prosavana,” he said.