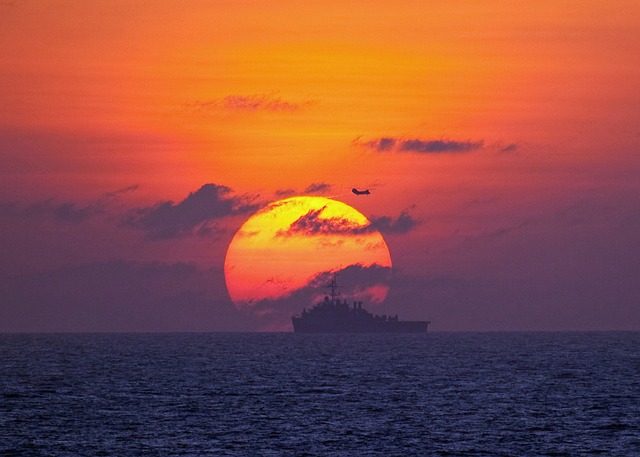 The reduction in funding for the South Africa Navy is being felt in the operational budget, which is affecting fleet maintenance, but the Navy maintains it is determined to succeed in spite of budget and staffing cuts.

This emerged during the Chief of the South African Navy’s (SAN’s) presentation to the media ahead of the Navy Festival that took place over the weekend.

Vice Admiral Mosuwa Hlongwane said “I think (the decreased budget) will surely affect the maintenance of the vessels,” while Rear Admiral Bubele Mhlana, Flag Officer Fleet, said “as we embark on each and every financial year, the budget we receive is getting less and less.”

Referring to the frigates, a major source of pride is the current deployment by SAS Amatola under Exercise Ketane. Having undertaken the Royal Navy’s Basic Operational Sea Training (BOST) and attending the sinking of the SS Mendi centenary commemorations in the United Kingdom in February, Amatola participated in Exercise Good Hope VII, held for the first time in Germany. Amatola is scheduled to arrive back in Simon’s Town on 22 April, having conducted diplomatic visits to various West African countries.

Amatola was the first of the Navy’s four Valour-class frigates to undergo an extensive refit in 2014/15. “That was done through the operating budget and we are still today suffering the consequences of the decision we had to make at that time,” Mhlana told defenceWeb.

SAS Isandlwana is in the process of drawing up the Statement of Work for its pending refit. As there is no additional funding available, the Navy is looking internally to save costs, seeing what can be done themselves. Items outside their skills capacity will be given to industry.

The frigate SAS Mendi has been in the DED (Docking and Essential Defect Period) process for a number of years. Mhlana acknowledged that Mendi was not a priority in terms of the operational cycle. “But we have decided this year to prioritise the completion of the DED as we are preparing to refit Isandlwana.”

It is hoped to complete Mendi’s extended DED within the next six months.

Submarine SAS Queen Modjadji I has been getting some much needed sea time qualification of the submarine crews as the Navy has a dedicated project to build capacity within the submarine squadron.

As the Navy does not have enough qualified members to complete two submarine crews, operations and missions are allocated to either Queen Modjadji I or to SAS Manthatisi (which is also in DED), as required.

Although not specifically mentioned, it is thought that SAS Charlotte Maxeke is the next submarine undergoing refit.

SAS Drakensberg, the Navy’s sole fleet replenishment vessel, is presently undertaking an Operation Copper anti-piracy mission in the Mozambique Channel following her participation in Armed Forces Week. Despite recent reports that SAS Drakensberg was lying at anchor in Pemba Bay, Mozambique, for the past two weeks, allegedly due to mechanical problems, Mhlana told defenceWeb that Drakensberg had returned to Durban due to a defect. A new spare part was delivered after four days and subsequently installed by the vessels’ own crew in four hours before heading out to continue her mission. Drakensberg is scheduled to concluded her patrol next week and thereafter return to Simon’s Town by the end of March.

However, other sources indicate repairs to the Drakensberg were carried out in Pemba and that she is currently making her way to South Africa, with ship tracking data showing she is in Maputo.

This will be the Navy’s final Operation Copper patrol for the current financial year. As the Navy no longer maintains a continuous presence in the Mozambique Channel, they have been allocated three (to a maximum of four) patrols in the next financial year which commences on 1 April.