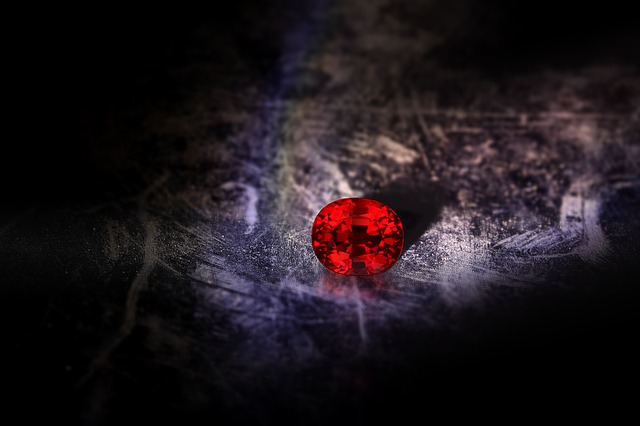 The stakes are high in Montepuez where the discovery of rubies has led to violence among miners that has turned the northern town into what some describe as Mozambique’s own version of the Wild West.

Discovery of the red gemstone in 2009 sparked a “ruby rush”, with thousands of miners arriving to seek their fortune, but often finding only grim conditions, conflict and danger.

“We have a lot of foreigners who come from a lot of countries to look for rubies,” Tania Mabota, chief medical officer of Montepuez Hospital, told AFP.

“There’s conflict for territory because it’s a means of subsistence for the artisanal miners,” she added. “One stone is enough for a person to be attacked.”

The rubies attract informal — also referred to as artisanal — miners from Mozambique, Tanzania, Nigeria and other nations, whose work is illegal, unlike legitimate companies.

A cohort of gem traffickers has also arrived to trade in the stones.

Treating a dozen cases of injuries a month and the occasional death, the hospital finds itself on the front line of a turf war between gangs of illegal miners.

“Miners are killing one another for the gems,” said Montepuez district administrator Etelvina Fevereiro.

“We have organised crime, armed attacks and trafficking of all kinds of drugs from cocaine to hashish,” Fevereiro said.

Police in February rounded up 3,672 illegal miners, more than two-thirds of them clandestine migrants.

“The operation is very important because of the levels of disorder and anarchy,” said journalist and commentator Fernando Lima.

“The situation there is just like in a Wild West movie.”

The rush that has engulfed the remote region, 1,650 kilometres (1,000 miles) north of the capital, started six years ago.

Discovery of the century

Rubies were discovered when a local woodcutter picked up a stone, which was passed on for expert analysis.

“Mozambique didn’t realise it was sitting on such an amazing resource,” said Pia Tonna, marketing and sales director with British firm Gemfields, the biggest of several mining companies operating in the area.

Producing nearly 40 percent of rubies sold on the world market last year, Mozambique has become one of the world’s leading sources.

The African ruby is now seen as an alternative to the highly prized Myanmar ruby.

Gemfields says it is proud to be supplying rubies mined “responsibly” and “ethically” and to share its profits with locals.

“Bringing those rubies to the market on an international platform, realising the true value of that product, is only going to help the country,” said Tonna.

“It’s going to help the country as a whole, that means you get more schools, more infrastructure.”

But some locals say they have enjoyed no benefits, believing instead that they were robbed of their livelihoods and claim they were violently removed from mining territory allocated to large operators.

Celestino dos Santos Jesus, a farmer, alleges that police killed his son three years ago when he was found digging for rubies in an area intended for official mining.

“He was 25 years old, he went to look for rubies,” he told AFP. “He was killed by the (police) rapid intervention force.”

He added he had been too afraid to report the death to authorities.

Contacted by AFP, the local prosecutor did not respond.

Between 2014 and 2015, the local prosecution service opened investigations into at least 10 cases of alleged killings or violence, according to Mozambican media.

One policeman was convicted of involuntary homicide, Gemfields said.

Montepuez Ruby Mining (MRM), the subsidiary of Gemfields, says that whenever illegal miners stray on to its concession, the police are called.

“They take hold of those guys and that is a process actually in law,” said Gopal Kumar, the mine’s general manager.

An agreement signed with the police includes provision “to treat artisanal miners with dignity and respect,” Gemfields said, adding that the firm understood the authorities had given illegal miners advance notice of the last crackdown.

Other accusations of police brutality have recently surfaced.

One illegal miner, Zito Armando, told AFP: “They take people in cars and leave them far away, in the middle of the road, 100 kilometres away.”

Police dismiss the accusations, saying illegal immigrants are deported, while Mozambicans are sent back to their native provinces.

“If there were violations, they would have been brought to the attention of the prosecutor. But we did not see that,” said police spokeswoman Malva Brito.

For the district administration, police action is a necessary move against illegal mining.

“Unlicensed mining is illegal everywhere in the world,” Fevereiro said. “We are bringing back order.”