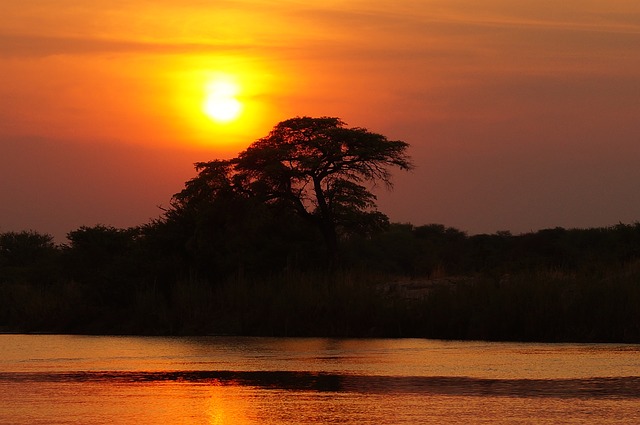 Southern Africa is the region with the most attractive economies for investments flowing into Africa, according to the latest Africa Investment Index 2016 released by Quantum Global Research Lab, last week.

According to the research, southern Africa has five countries in the top 10 with Botswana being ranked number one, overall. South Africa is ranked fourth followed by Zambia in fifth position while Tanzania (8) and Namibia (9) complete the region’s dominance.

According to the index, Botswana tops the rankings based on a range of factors which include an improved credit rating, current account ratio, import cover and ease of doing business.

South Africa was ranked on account of good scores on the growth factor of GDP, ease of doing business in the country and significant population, while Zambia was fifth due to its significant domestic investment and access to money supply.

Tanzania is eighth because of factors like GDP growth and population size. Namibia is ranked ninth due to domestic investment and the doing business environment.

Botswana, endowed with vast diamond resources, played a key role in ensuring that the five African countries wholesomely generate an overall US$13.6 billion in recent years, hence its top rating based on various factors induced in its economy.

The Index indicates that an improved credit rating, current account ratio, and import cover and ease of doing business, contributed to Botswana’s top rating among the five SADC countries.

The index, though does not specify how much Botswana contributed to the overall US$14 billion raked in through FDI, attributed to the country’s strategic location, skilled workforce and a politically stable environment as some of the factors that contributed to the attraction of international investors.

Egypt is third due to an increased foreign direct investment and real interest rates, and a growing urban population with South Africa rated fourth.

This is on account of its growth factor of Gross Domestic Product (GDP), ease of doing business and significant population. Zambia, Africa’s second leading copper producer, has been ranked fifth on the index because of its significant domestic investment and access to money supply.

The five SADC countries have shown resilience to various economic challenges and remained committed to providing a favourable investment destination for investors coming to the continent.

Prof Mthuli Ncube, the Head of Quantum Global Research Lab, in his analysis of the index and the performance of the five top countries that contributed wealth to the more than 1 billion population on the continent added:

“Despite considerable external challenges and the fall in oil prices, many of the African nations are demonstrating an increased willingness to achieve sustainable growth by diversifying their economies and introducing favourable policies to attract inward investments.

“Botswana is a case in example – its strategic location, skilled workforce and a politically stable environment have attracted the attention of international investors leading to a significant influx of FDI.”

Quantum Global research’s index was intended to provide a guide to investors in Africa on the countries and markets that are most attractive for investment in the short to medium term.

According to Prof Ncube, Africa, with a population of over one billion people and rapidly growing middle class, clearly offers significant opportunities to invest on the continent’s non-commodities sectors such as financial services, construction and manufacturing amongst others.

He, however, cautioned on the need for the continent to undertake various strategic plans to ensure more sustained FDIs to better the economies in the continent’s 54 nations.

The index, according to the organization, was mooted on the basis of macroeconomic and financial indicators and was also based on the World Bank Group’s Ease of Doing Business Indicators (DBI) reports.  The DBI ranks countries in terms of a regulatory environment conducive to business operation.

Other fundamentals include the difference of broad money growth to the GDP growth rates, inflation differential, credit rating, import cover, the share of the country’s external debt in its GNI, current account ratio, ease of doing business and the country’s population size.

The AII is a combination of individual indicator’s rank into a single numerical ranking. It averages the country’s macroeconomic and financial indicators rankings on the six different factors. Each indicator, and hence factors, receives an equal weight.

Their rank score is then averaged to produce the total average score which is consequently ranked from 1 to 54.  The lower the value of the ranking, the better the implied business investment climate, according to data on the company’s website.

And several commentators in Zambia have commended the Quantum group for its analysis and have demanded for continued assessments to allow the country realign its economy.

Economic Association of Zambia leader Chrispin Mphuka said it was gratifying that Zambia, despite various economic challenges, was still rated as among the five top countries in Africa garnering FDI and ranked good for investment. “The ranking should be sustained so that the country can attain higher levels of economic growth, otherwise this is good for the country as it sends a good picture in the market and we need to sustain the investment levels and make them higher,” Mphuka said.