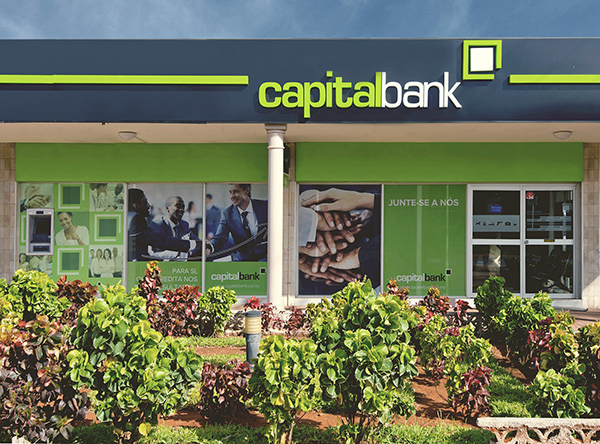 The Management of First Merchant Bank (FMB) – which owns 70% of Capital Bank Mozambique – have predicted that FMB’s acquisition of a majority stake in Barclays Zimbabwe will be profoundly positive for Capital Bank’s customers and staff as well as for the Mozambican economy.

Last week Barclays Bank PLC announced it was selling 42.68% of its 67.68% shareholding in Barclays Bank of Zimbabwe to FMB with an additional 15% of shares being earmarked for an employee trust and FMB receiving the right to purchase Barclays PLC’s remaining 10% interest at a future date.

FMB’s Group Managing Director Dheeraj Dikshit said the Barclays Zimbabwe transaction represented a “profoundly important” milestone in the Malawi-headquartered bank’s strategy to become a leading regional bank. “In 2013, in terms of that same strategy, we acquired control of Capital Bank Mozambique, an investment which has translated into considerable, steady, growth since then, in terms of our physical presence, employment, profits and our offering to Mozambican customers,” said Dikshit.

“In acquiring a venerable but vibrant institution such as Barclays Zimbabwe, the FMB group will accelerate its regional growth strategy by helping to foster our customers’ cross-border trade and the expansion, by large and mid-sized corporates, of regional operations. In the process we are confident of facilitating new job-creating investment both in Mozambique and across the region.”

Dikshit said the strength of FMB’s leadership, its human capital, information technology (IT) and customer solutions and relationships were demonstrated by the bank’s latest (2016/17) financial results which showed that both Capital Bank Mozambique and FMB’s Zambian operations had achieved profitability after just three years of acquisition. In Botswana, FMB’s operation delivered record profits.

“In selecting which entity it would sell its Zimbabwean interests to, Barclays PLC was very concerned that the new owners would be in a position to safeguard its 104-year legacy in that country and the interests of its employees and customers,” commented Dikshit. “To that end, Barclays PLC undertook an exhaustive due-diligence exercise of FMB and its operations.

Dikshit explained that Barclays PLC and FMB had agreed on a three-year transition plan which will facilitate a systematic migration from Barclay’s operating platforms to those of FMB and that, during this period, both banks will deploy considerable resources to ensure a smooth transition. He added that he believed a key consideration for Barclays PLC was the strength of FMB’s IT platforms, in which it has made a substantial investment over the past three years.

“Capital Bank Mozambique is today thoroughly integrated into our IT systems and it will be one of FMB management’s key priorities in the months ahead to work with Barclays Zimbabwe on bringing the same benefits that Capital Bank and others have enjoyed, from our technology platforms, to Zimbabwe. Based on our experiences in Mozambique, Botswana, Zambia and Malawi I have no doubt that we will achieve this objective.”

Jorge Stock, Chief Executive Officer of Capital Bank Mozambique, said the local operation would benefit from being part of a considerably larger entity in a number of ways. “Zimbabwe will reinforce FMB’s regional strategy. Many of Capital Bank’s customers want to trade with, and invest in, Zimbabwe as well as in Mozambique. Today our people will be able to offer them so much more. For our employees there will be enormous opportunities to learn from their new Zimbabwean colleagues, to transact with them and to advance their careers across the region and even further afield in a much larger regional bank,” Stock said.

Barclays PLC’s sale of its shareholding in Barclays Zimbabwe is subject to regulatory approvals but is expected to be concluded by the end of the third quarter (Q3) 2017.

About the FMB group

FMB is an entrepreneurial banking group committed to innovation, customer service and sustainable value creation for investors, employees and other stakeholders through its operations in both the commercial/corporate and retail sectors which it serves in Malawi, Zambia, Botswana and Mozambique. It and its associates employ a combined 950+ people through 250 physical contact points including offices, branches and ATMs.

In 2016/17 FMB reported total income of US$48 million and a return on equity of 23%. Customer deposits amounted to US$311 million and loans and advances to US$181 million. Founded in 1995, the group remains highly liquid and enjoys long-standing partnerships with respected organisations including the European Investment Bank, the International Finance Corporation and USAID as well as several of the world’s other leading development finance institutions. Correspondent banks include Citibank, Deutsche Bank, ABSA and Standard Bank. The Global Credit Rating Company has consistently, over 10 years, given a long-term rating of A+ and a short-term rating of A1 to FMB Malawi, the group’s flagship operation.

First Merchant Bank Limited is a public limited liability company incorporated in Malawi under the Malawi Companies Act. It is listed on the Malawi Stock Exchange and is registered as a commercial bank under the Banking Act 2010.