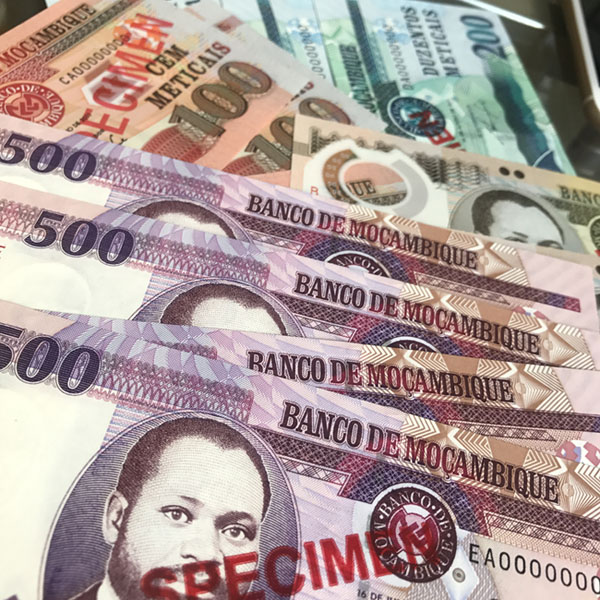 ”We want to ensure the circulation of genuine banknotes in the economy and the Bank of Mozambique develops strategies and actions aimed at preventing counterfeiting,” the director of the bank’s issuing department, Benedita Guimino told APA in an interview shortly after the banknotes began circulating on Friday.

“We introduced a new metical family known as the Bank of Mozambique family, in 2006. Since then, we have been updating the series of notes and on June 16, the day we celebrate the 37th anniversary of the metical, the currency that represents our economic independence, the sovereignty of our people, we have issued new ones” he explained.

The new metical banknotes are being placed in the market and will circulate simultaneously with older ones bearing the signature of former bank governors Adriano Maleiane and Ernesto Gove.

According to Benedita Guimino the latest notes do not include coins but maintains the security features of the old banknotes which would be near-impossible to counterfeit.

Mozambique has been a haven for money counterfeit syndicates, a challenge which has exercised the country’s security agencies in recent years.