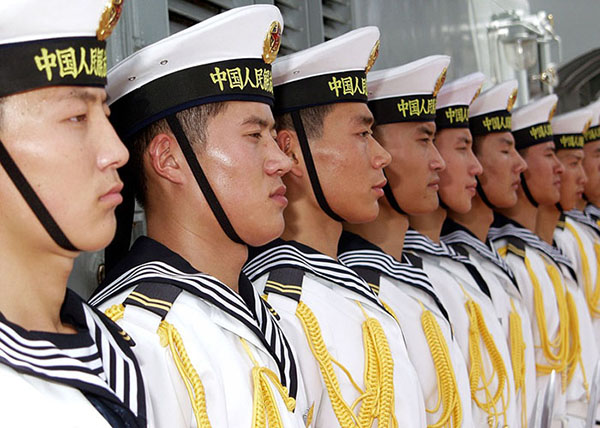 For years China has been spending enormous sums of money buying political influence, including in Africa. But China is now revving up its military engine, looking to step up where opportunities allow it amid an uncertain commitment from the West.

One of China’s top geographical priorities is Africa. This is because Beijing sees an opening, as Africa is being neglected by both Europe and the United States. For the West, the continent is always analyzed through the lenses of illegal migration, terrorism, and the extraction industry. The continent is largely seen first as a source of problems, and rarely an opportunity. China too has been focusing on natural resource acquisition, but it has also committed investments and manpower to build infrastructure and export its technical capabilities to its African partners. As these investments expand, Beijing is now seeking to protect the billions it already committed in the continent by flexing its military muscles.

The Chinese military has been on overdrive these past days. In the Mediterranean, on the northern tip of the African continent, the Chinese navy is conducted live-firing drills this week. It committed a destroyer, a frigate and a support ship in drills that took place on July 10. The group is headed next to Russia, where it will join its Russian counterpart in St. Petersburg and Kaliningrad to perform joint exercises.

This week also, China is inaugurating its military base in the strategically located Djibouti, a country transformed into an open military fortress for many foreign forces, include those of France, Italy, Japan, the Unite States, and soon Turkey and Saudi Arabia. China argues that its Djibouti presence will be for peacekeeping and humanitarian aid in Africa, but rivalry with the US and the protection of Chinese assets and investments in East Africa, and elsewhere in the continent are critical drivers to China’s military focus there. This week, several navy ships left the port city of Zhanjiang in China’s southern Guangdong province, headed to the small port of Obock, in the of the Gulf of Tadjoura, Djibouti. The port is linked to the Gulf of Aden, allowing it easy reach to the troubled Middle East.

China’s presence in Africa is pretty ubiquitous, and that includes the Southern Africa region too. Also this week, the Chinese military made a symbolic gesture to Mozambique when it pledged $18 million to build new Mozambican Armed Forces barracks in Maputo. The gesture is symbolic indeed, but there are major implications on the long run in the aftermath of the high-profile visit of Chang Wanquan, the Chinese Defense Minister to Maputo. During the visit, the two parties highlighted China’s commitment to training Mozambican soldiers, but they are also planning a Chinese involvement in military infrastructure and logistics.

This Chinese charm offensive in Mozambique is taking place as the Southern African country has witnessed a reduction of aid from Western donors amid a major financial scandal that has rocked Mozambique. But it is also happening as Mozambique prepares to produce a significant amount of gas from the northern Rovuma basin, off the coast of Cabo Delgado. Although symbolic for now, the Chinese investment in Mozambique is likely to accelerate in the near future, and that would include a growing military presence to protect such investments.

China’s interest in Africa is no secret. It begun years ago and in 2015, its leadership renewed their commitment to Africa with pledged investment of $60 billion going forward. China’s footprint can be found in many places across the continent, making it the continent’s biggest economic partner, surpassing by far the colonial powers, who have been neglecting the continent. The Chinese presence can be found in sectors like highways and railways, ports and housing. It is also in engineering and energy, in places like Djibouti, Ethiopia, Angola, Nigeria, Tanzania, Zambia and of course North Africa. The Chinese engagement is now expanding into the military world, and that could create the next area of conflict in the world, post-Daesh.