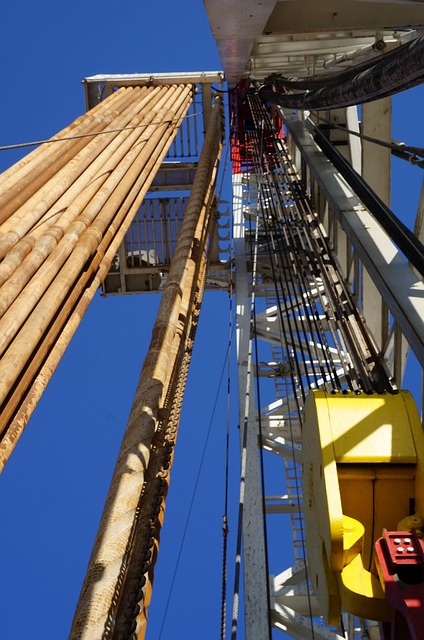 Southern Africa is most likely sitting on massive natural gas reserves of more than 600 trillion cubic feet which the region must exploit to reduce a heavy reliance on biomass energy, a top South African industrialist says.

“The successful development of the gas industry in South Africa was achieved through collaboration. Collaborations are key to the success of any project,” he said.

“This worked well for Mozambique and South Africa and I think this can work well for the entire region.

“According to new findings, there are some 600 TCF gas reserves in southern Africa. The region stands to gain if we build strong partnerships to exploit the reserves.”

Thyse, an industrialist at Sasol, an integrated energy and chemical company based in Johannesburg that develops and commercialises synthetic fuel technologies and produces liquid fuels, chemicals and electricity, said this when he was presenting a paper on experiences learnt from the Mozambique-South Africa gas pipeline project.

Thyse said the bilateral trade agreement between South Africa and Mozambique was a key element that contributed to the success of the Sasol pipeline in Mozambique. The industrialist stated that during the construction of the SA-Mozambique pipeline, 840 people were trained and hired in this gas project in which the two countries together with Sasol invested more than R24 billion.

“Collaborations are key to the success of any project,” he said.

“Collaborations can anchor whatever gas project we may have. We need a regional gas master plan to see how the region can benefit. For this to happen, we need a clear roadmap. Our policies must be clear and reasonable.

“If we can work together, I believe as a region we can be more successful together.”

South Africa hosted the Sadc Industrialisation Week recently under the theme: “Partnering with the Private Sector in Developing Industry and Regional Value Chains”.

The event is an annual regional public-private engagement forum aimed at fostering new opportunities for intra-regional trade and investment.

This forum was taking place two weeks ahead of the Sadc Heads of State and Government Summit, which is expected to receive recommendations from stakeholders who discussed various issues aimed at fostering industrialisation and regional economic growth.

This, he said, would require long-term government plans and considerable preparation to achieve the requisite skills and industrial capacity to meet demand.

“State-owned enterprises (SOEs) have a critical role to play in creating the environment that attract the private sector to invest,” he said.

“The Department of Trade and Industry in South Africa has worked closely with SOEs around driving localisation.

Gwynne-Evans said the gas sector needs a focused and holistic approach on how it can be developed in the region.

He also stated that there was no shortage of funding from the private sector for projects.

The industrialist said that the challenge in the region was getting bankable and investable projects in rail, road and power sectors among others.

Focus, he said, must be on how to make these projects ready and attractive to the private sector, utilising concessionary funding such as that provided by the Development Bank of Southern Africa and the African Development Bank. The 865km Mozambique-South Africa gas pipeline transports gas from the Pande and Temane gas fields in Mozambique to Sasol’s industrial customers in South Africa, including the Secunda and Sasolburg petrochemical plants.

Southern African has huge gas reserves that are still to be exploited.

The reserves remain virtually untapped largely as a result of lack of capital, gas feasibility studies, plans and vision to tap the resources.

Most of the 300 million people in the SADC still depend on wood as a primary source of energy and analysts say tapping into the region’s massive gas reserves could help stem deforestation and help meet local and export demand.

In Zimbabwe, too, a 2013 study showed the country could be sitting on nearly 800 billion cubic metres of sulphur–free gas.

Gas corridors across the SADC region, industrialists say, could be a critical part of a new energy and economic development which could create tens of thousands of jobs and offer energy security and a regular supply of gas to the region.

They also say it could make the SADC region attractive for investment and development.

Demand from the industrial sector becomes the main engine of gas consumption growth, replacing power generation, where gas is being squeezed by growing renewables and competition from coal. The United States — the world’s largest gas consumer and producer — will account for 40 percent of the world’s extra gas production to 2022 due to the remarkable growth in its domestic shale industry.

According to EIA’s short-term outlook for June this year, dry natural gas production is expected to average 73,3 Bcf/d this year and 76,6 Bcf/d in 2018.

Demand for gas within the southern Africa region is still small.

According to a SADC newsletter on energy, natural gas is not only beneficial in that it has less carbon content than coal and crude oil, but gas-fired plants require less water, have shorter construction times and have lower capital costs per unit of capacity when compared to coal-fired plants.

The publication also suggests that the transition towards gas usage also has social benefits — it presents an excellent opportunity to reduce dependence on biomass.