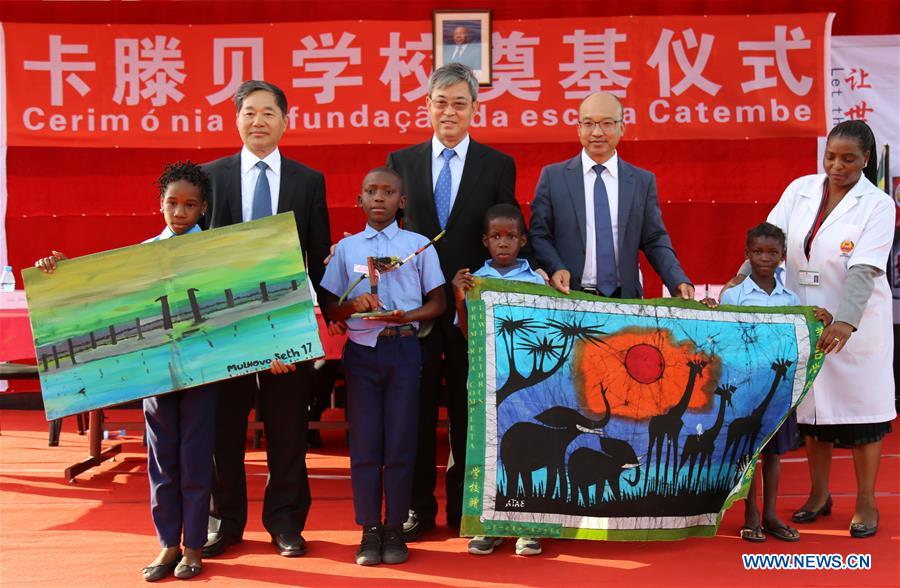 China’s liquor giant, Maotai Group, has donated nearly 500,000 U.S. dollars on Friday, for the expansion of a primary school in the Ka-Tembe district of Maputo city in Mozambique.

The launching of the first stone of the construction project in the Lewi Pethrus Primary School was chaired by the mayor of Maputo City, David Simango, the general manager of the Maotai Group, Li Baofang and the Chinese ambassador to Mozambique, Su Jian.

Li Baofang said it was a special occasion because Mozambique is the first African country to benefit from the Maotai’s social responsibility and charity.

“In our social responsibility initiative, we decided to help the Ka-Tembe district community in the expansion of the Lewis Pethrus School, where children study in a condition that is not very good,” the general manager said.

The fund donated will be used on the construction of classrooms, teacher offices and recreational facilities, which will be operated by the Guizhou Chamber of Commerce in Mozambique.

“Our desire is that once the school has been expanded, it will be able to accommodate more students than it is today, and the learning condition for children will be better,” he added.

The mayor of Maputo City, David Simango, hailed the donation in his speech and said that the country is making significant progress resulting from cooperation with the Chinese people.

Simango acknowledged that the quality of teaching for now is limited due to scarcity of resources, so the Municipality praises the Maotai initiative.

“As a result of the friendship between China and Mozambique, we see the participation of the Maotai group as the only viable alternative to quality education in this country,” he said.

China’s ambassador to Mozambique, Su Jian, said the construction of classrooms is part of the cooperation between the two countries in the field of basic education.

“This project we are witnessing today will help the community here at Ka-Tembe district,” said Su Jian, adding that “another project of school desks is under consideration”.

The ambassador said that with more cooperation efforts, the infrastructures of primary and secondary schools can be improved, and not only that.

“The projects that are to be installed in Ka-Tembe, namely the construction of the cross-sea bridge, roads and schools, will stimulate development in this area,” he said.