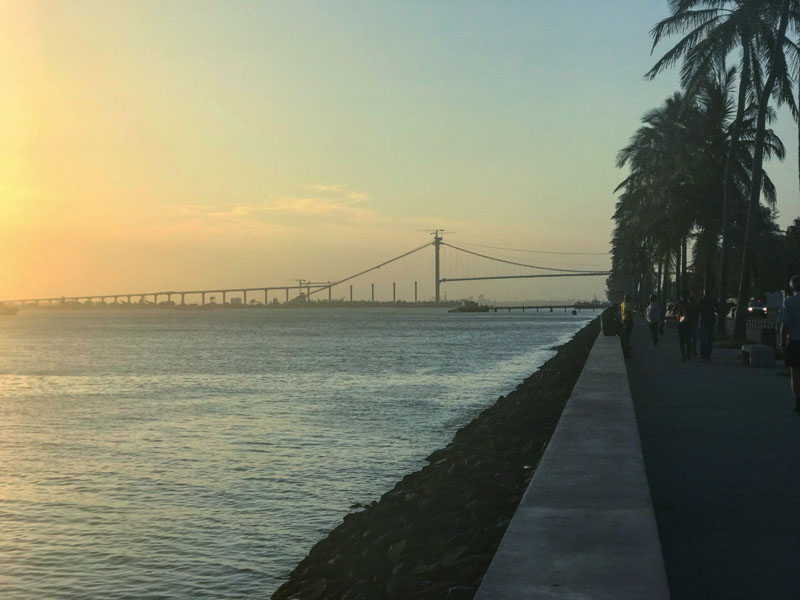 The Maputo/Catembe bridge, due to be opened in the next few months in the Mozambican capital, is the project with the biggest funding granted by China for the construction of infrastructure in the African country, the total amount of which exceeded US$2.28 billion from 2000 to 2014.

The “Official Chinese Funding for Africa,” document recently released by AidData, a research body linked to William & Mary University in the US, shows that the construction of the new bridge in the Mozambican capital costs an estimated US$725 million, of which 95% was covered by a loan granted by the Export Imports Bank of China (ExIm) and the remainder by the Mozambican State Budget.

Last October the China Road and Bridge Corporation (CBRC) installed the first module of the 57 that will make up the main deck of the bridge connecting Maputo to the town of Catembe on the other side of Maputo bay, which was originally scheduled for completion at the end of 2017, but which is now expected to be opened in the first few months of 2018.

The AidData document showed that the second largest slice of Chinese funding to Mozambique was granted by the same bank in 2013, in the amount of US$416.5 million, to repair the Beira-Machipanda road.

The project is part of a package agreed in May 2013 during a visit to China by former President Armando Guebuza to build a set of roads that also includes the already inaugurated Maputo circular (US$300 million) and the Bene-Zumbo (US$278 million), among others.

The total of US$2.28 billions of Chinese funding between 2000 and 2014 also includes almost US$155 million of interest-free loans granted in 2007 for agriculture, health and education projects announced during a visit to Maputo by the former Chinese President Hu Jintao.

The list also includes funding of US$133 million granted by the ExIm Bank for migration from analogue to digital broadcasting in Mozambique, by Chinese company StarTimes, involving Mozambican public television and radio.

The same bank also appears in the AidData survey by granting a loan of US$120 million in 2014 for the reconstruction of the fishing port of the city of Beira, in Sofala province.

In the same period, AidData identified schedule agreements and debt pardons valued at US$95.4 million.

The Economist Intelligence Unit recently reported that the Mozambican government plans to strengthen its relationship with Asian countries in the coming years “in particular with China (a large creditor of Mozambique).”