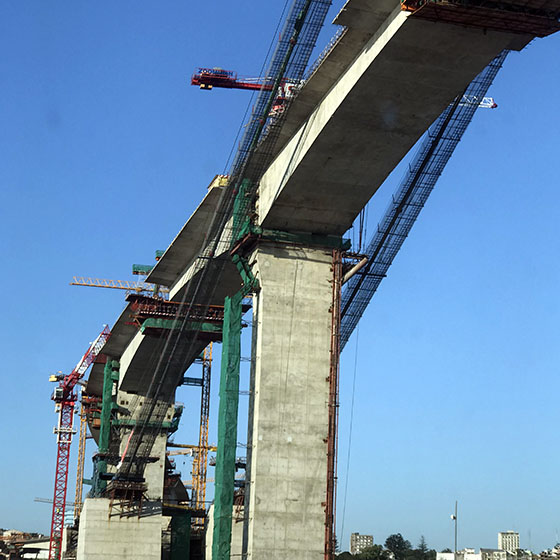 Africa’s infrastructure requirements are estimated to be between $130billion and $170bn, far higher than the previous estimation of $93bn a year, the African Development Bank (AfDB) said yesterday.

The AfDB yesterday launched the 2018 edition of its yearly flagship report, the African Economic Outlook at its headquarters in Abidjan, Ivory Coast.

The report said the new estimates left a financing gap of as much as $108bn.

“With such a large infrastructure gap, and urgent needs in health, education, administrative capacity, and security, Africa has to attract private capital to accelerate the building of critical infrastructure needed to unleash its potential.

“But African countries do not need to wait until all financing gaps are filled before they transform their economic structures.

“More than $100trln is managed by institutional investors and commercial banks globally.

In his foreword in the report, AfDB president Akinwumi Adesina said the continent needed massive investments in infrastructure.

“To take advantage of the great potential for infrastructure development, governments will have to put in place effective institutional arrangements to manage the complex tasks of project planning, design, co-ordination, implementation, and regulation.

“They should also focus on the soft side of infrastructure development – on tackling the big policy and regulatory issues, on training the teams assembling the financing packages, and on conducting constant research to keep up with the knowledge frontier.”

He said, when productive, infrastructure projects sustained economic growth and were an important source of financial resources.

But the report said several African countries had the tendency to prioritise wrong industries and sectors “and devote their limited financial, administrative, and human resources to activities that are not competitive and cannot generate enough pay-offs to sustain development.

“Universal access to high-quality infrastructure can only be a long-term goal.

“Trying to achieve it with limited resources has led governments to spend too much on too many projects with low economic returns and little impetus for industrial growth and employment creation.”

Adesina said Africa’s economic growth was expected to accelerate to 4.1% this year and next year, compared to 3.6% last year.

“Overall, the recovery of growth has been faster than envisaged, especially among non-resource intensive economies.

“The world economy is also in better shape, with faster growth and buoyant capital markets,” he said.

The improvement, it said, reflected improved performance of the three main commodity exporters – South Africa, Angola and and Zambia.

The three countries accounted for about 1percentage point of Africa’s growth rate, it said.

It said growth in Southern Africa was expected to increase to 2% this year and 2.4% next year.

“These figures are lower than the African average, mainly because of slow growth in South Africa, which has strong neighbourhood spillover effects – through trade and revenues sharing – on the sub-region’s customs union.

Lesotho, Malawi, Mauritius and Mozambique were expected to grow about 4% or more, but their contribution to the sub-region’s gross domestic product was small.