Sitting on rickety car seats, toolboxes inside: chisels, knives, stones, files, some men, set a quick series of strokes on the chisel shape refining a piece of rough wood, for the moment without meaning. Then, suddenly something happens: like a golem, that wood comes alive.

You can see a structure, what was once an anonymous piece, in the hands of these men comes to life: a nose emerges, then an insect’s paw, perhaps teeth or a hallucinated look: it is the wood itself to suggest it with its twists and knots. The artist reads it, understands it and takes out the form that it already contains in itself.

We are in the garden of National art museum and we have just witnessed a fragment of the creative process of the great makonde sculpture.

Makonde men are in the habit of filing their teeth by pinning them and making them similar to those of the sharks, which helps to increase their aggressive appearance and feed the Makonde legend as fierce warriors. The colourful and sometimes bizarre masks that often represent animals or sick people are used in their religious ceremonies and are just one example of the rich and ancient culture of the Makonde. But what characterises the Makonde is undoubtedly the remarkable cultural identity recognisable in the production of pottery, in refined hairstyles, in the processing of boxes, drums, other objects of use and in the decorative refinement of scarified tattoos.

Typical of Makonde are the rites of transition to puberty, including the Mapiko dance, which includes the use of special helmet masks that evoked the presence of spirits during the party. The skills developed in forging the helmets and then the tools of daily use or ritual has meant that precisely among these peoples sprouted over time a famous sculptural tradition throughout the world.

It is interesting to underline already in the first production the presence of strong recurring themes. One above all, the “great mother”. Heart and mirror of a society with matrilineal descent, the female figure is portrayed with particular mimetic attention in the face, returned with its characterising signs, such as tattoos, scarifications and labial plates. Typical of this era are also the use of light and soft wood, to be worked with a knife and the use of coloured pigments. It is therefore necessary to wait for the beginning of the colonial period to assist, following the requests of the colonial merchants and missionaries, the introduction of ebony wood as an almost exclusive essence for sculpture. A wood that due to its hardness requires the abandonment of the knife in favour of the chisel. At the same time, the stretch is refined, the polychromy is abandoned while the expressive capacity is enhanced and precise.

With the explosion of the Liberation Movement of Mozambique (1964), makonde art rises to a language of struggle. And it is Frelimo himself who encourages artists to express the values ??of the revolt and the choral participation in the movement. In this period two new sculptural typologies are affirmed, codified by the artists Roberto Yacobo Sangwani and Samaki Likankoa, Mozambicans who emigrated to Tanzania, marking the beginning of the modern era of makonde sculpture. These are the genera called Ujamaa and Shetani, respectively. In the first type, where the centrality of the female figure was imposed, emerges the vision of the clan, unique, compact and indivisible in which bodies and faces merge into an explicit declaration of congruity. At the top, a whirling movement that seems to lead the observer’s gaze from the base to the apex of the figure, one often finds the bust of an ancestor. The realisation takes place through high-relief processing of a compact or perforated cylindrical core.

Almost to balance this representation of the social structure of the makonde universe, there is the second category, the Shetani, which expresses the realm of transcendent forces and spirits. In this case, starting from the observation of human, animal or vegetable figures, the sculptor molds monstrous creatures with great expressive power: he dominates the rhythm, the skilful control of the dynamics between the forms and the ability to move from mimesis to abstraction.

In reality, the criticism has come to codify eight different styles of plastic makonde, created by various sculptors in an attempt to differentiate and make their own poetics unique.

This is how the first official recognition of the high artistic quality of the makonde works came in 1970, when the Tanzanian government called a group of artists of this ethnic group to represent the country at the Osaka Universal Exposition in Japan, in 1970. Unlike In a war-torn Mozambique, it was not until 1988. In that year the government chose a group of sculptors and invited them to Maputo to produce works to exhibit the following year in Paris in the exhibition Art Makonde, Tradition et Modernité.

However, if the schematisation certainly helps to clarify at first glance, in reality the genres often mingle in a fluid, allegorical representation of the continuous change of existence.

Over the years, artists have become aware of themselves and their expressive abilities. Therefore they aspire to emancipation from a gender definition and to enter into a dialogue on art with an international flavour. But we must not fall into the error of considering this leap forward as a break with tradition. The values ??represented always draw on the vast basin of the culture of belonging, but the artist now strongly claims her originality and stylistic individuality, beyond easy and reductive categorisations. In recent decades, leading figures emerged, able to attract global attention to the entire phenomenon of makonde sculpture. The figurative language has continued to evolve and, thanks to the artists George Lilanga, Reinata Sadimba and Matias Ntundo, the makonde aesthetic has been enriched with new techniques and materials such as painting, ceramics and woodcut, respectively. 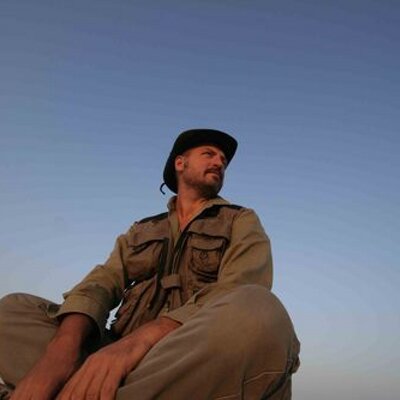 Restaurants specialising in sushi in Kenya are spreading all over the country. There are plenty of Japanese restaurants where you...