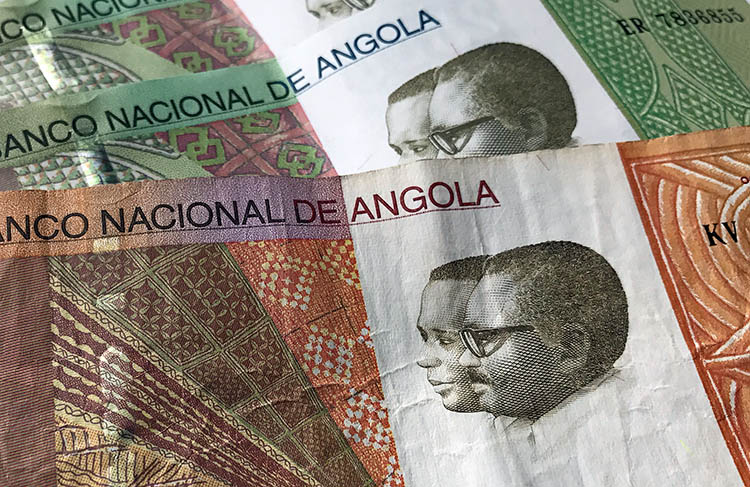 The decision to place the rating on review for downgrade was prompted by the deterioration of the government’s balance sheet and increase in gross borrowing requirements compared with Moody’s expectations in October 2017 when Angola’s rating was downgraded to B2, as a result of the government’s assumption of the national oil company’s debt, significant recognition of arrears (not yet fully audited) and the sharp depreciation of the currency following the introduction of a more flexible exchange rate.

The review period will allow Moody’s to assess the capacity and willingness of the government to address this higher debt burden and to manage the rising domestic and external liquidity risk it faces. Moody’s will consider the government’s ability to deliver on its announced fiscal consolidation plans and the credit risks and benefits posed by the more flexible exchange rate regime. The review will also allow Moody’s to explore any potential implications of the proposed debt renegotiation for private investors.

Many of Angola’s core credit metrics have eroded to levels that would be consistent with a lower rating. A key focus of the review will be to assess the capacity and willingness of the government to address the sustainability of the debt trajectory.

Angola’s general government debt-to-GDP ratio has already risen 10 percentage points above the level Moody’s anticipated in October 2017. This was primarily as a result of the depreciation of the kwanza (AOA) against the US dollar and the provision of financial support to state-owned companies last year. Moody’s estimates that Angola’s general government debt reached $74 billion (around 66 per cent of GDP) at the end of 2017 and will, with the ongoing currency adjustment and the clearance of around $5 billion in commercial arrears a portion of which could ultimately become debt, exceed 70 per cent by the end of Q1 2018.

The kwanza depreciation resulted from the government’s decision to contain the erosion of foreign exchange reserves by introducing flexibility into the exchange rate. Since the beginning of the year, the authorities have allowed the currency to depreciate by around 20 per cent to AOA207 to the US dollar. While the decision to allow the kwanza to adjust shows the authorities’ determination to improve dollar liquidity in the economy, it will support the current account – which we expect to move close to balance in 2018 — and reduce somewhat the pressure on the foreign exchange reserves. However, it has also greatly exacerbated already-rising fiscal pressures, with close to 80 per cent of government debt denominated in or linked to foreign currencies (primarily the US dollar) at the end of 2017.

The government’s latest economic plan foresees ambitious fiscal consolidation. With oil prices currently well above the $50/barrel budgeted oil price and the devaluation of the kwanza increasing oil revenues in local currency terms, the 2018 fiscal outcome could be more favourable than the deficit of 2.9 per cent of GDP currently targeted by the government.

Nevertheless, the government will be challenged to arrest the continuing rise in debt, given Moody’s expectation that the kwanza will depreciate further and the relatively muted outlook for growth in 2018 and 2019, at least when set against the experience of recent years.

Alongside the eroding medium-term fundamentals, the most immediate pressure on Angola’s credit profile and rating reflects rising liquidity pressures and the increasingly stark challenge of obtaining the funding needed to meet the government’s high debt service needs at manageable costs.

Moody’s expects general government gross borrowing requirements to reach over 21 per cent of GDP in 2018, a significantly higher level than previously thought. Although borrowing needs will be lower in 2018 than in 2017, a year which included one-off large below the line expenditure to support the national oil company Sonangol ($8 billion or over seven per cent of GDP), they will remain very high by the standards of Angola’s B2 peers. Moody’s 2018 forecast is mainly driven by sizeable maturing government T-bills and bonds on top of the budgeted three per cent fiscal deficit. It also assumes that arrears amounting to 3.7 per cent of GDP will be cleared.

Debt service costs remain vulnerable to further currency depreciation. The ratio of interest payments to revenue reached nearly 21 per cent in 2017, having risen from 16 per cent in 2016, and Moody’s estimates it will increase further in 2018.

The review will allow Moody’s to understand and assess the government’s strategy for first financing, and then reducing, these very high ongoing borrowing needs. Moody’s will assess the credit implications of the government’s strategy of shifting from external foreign currency issuance towards domestic kwanza-denominated issuance. The pass-through effect of the devaluation is expected to negatively impact inflation that is likely to increase again from an already high level (around 25 per cent in December 2017). Higher inflation will raise domestic yields, further complicating the government’s refinancing goals.

The government has indicated its desire to undertake active external liability management in 2018, and has entered into negotiations with certain overseas ‘commercial’ lenders to restructure bilateral obligations. The terms of any restructuring will be another key area of focus over the review period.

Moody’s would downgrade the rating if it were to conclude that Angola’s government was unlikely to be able to halt and reverse the erosion of its fiscal strength and the resulting rise in liquidity risk. Furthermore, if it were to become clear that restructurings were in fact contemplated that could lead to an event that Moody’s would consider to be a default, Moody’s might well downgrade the rating by more than one notch to a level consistent with Moody’s assessment of the heightened probability of default.

Moody’s would confirm the rating at B2 if the review were to conclude that the policy response of the government will efficiently manage the risks arising from the upward trend in government debt and government liquidity risks, leaving Angola’s credit profile consistent with its current B2 rated peers.