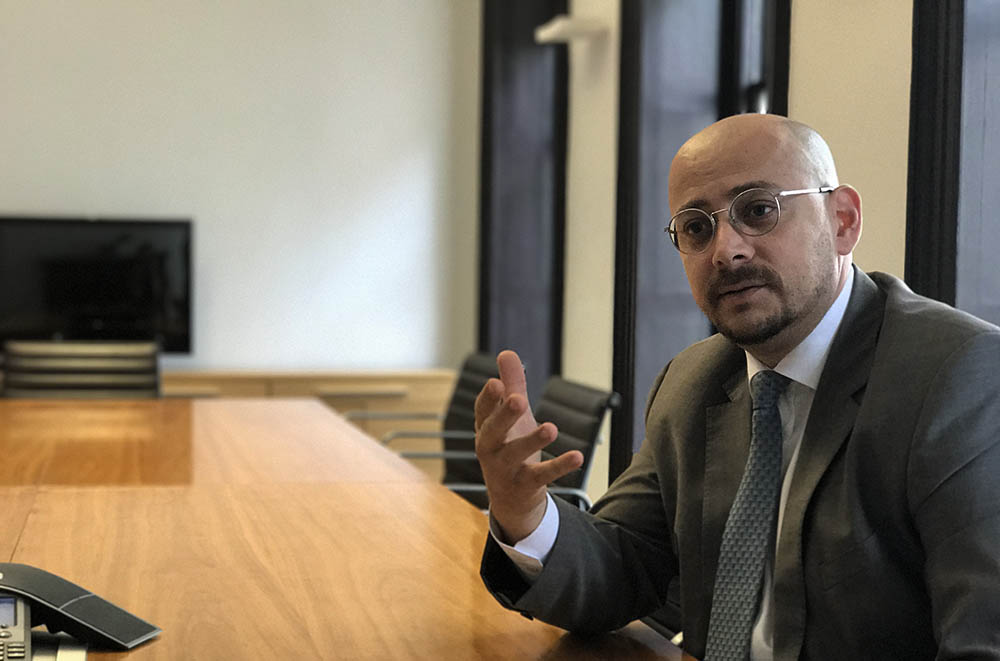 In the lead-up to the Africa Energy and Infrastructure Investment Forum, we spoke to some of the key market participants who will also be on stage as panelists in London.

This Interview Series, gets to grips with what is front of mind for many developers and financiers as the African energy and infrastructure landscape evolves. Our speaker, Fabio Scala, Managing Director of  Edgebold Capital in London, shared his insights on some of the key challenges and opportunities.

What has been the most interesting development in sub-Saharan Africa energy and infrastructure this year, from your perspective?

I would say that the most interesting development in sub-Saharan Africa energy and infrastructure for 2017 was the FID of the Coral South FLNG project in Northern Mozambique. In my view, the fact that a consortium of multinational players committed an investment of over USD7B, given the hard times that the oil & gas market has been going through in recent years and the fact that most investments of this nature have been suspended elsewhere in the world, it is perhaps the best indicator of things to come in the region. It shows trust and long term strategy from major international investors as well as a high degree of resilience for Mozambique, particularly after the economic hardship the country has been going through. Although it would not be my first choice for infrastructure (which is of little relevance as it is a floating platform), as an energy project I believe it to be the precursor to many developments to come, opening doors for other projects not only in Mozambique but in its neighbouring countries as well.

If you had a magic wand that could do anything for the industry, what would you wish for?

If I had a magic wand, I would use it to change the general behaviour of governments in the region. I would increase the level of transparency and governance standards, and promote the further development of frameworks to work with foreign investors in ways that would contribute to the development of their countries in an economically inclusive manner. Sub-Saharan Africa has many opportunities and a strong sense of long term development that is often delayed, if not nullified, by corruption, bureaucracy and poor government standards.

Which country in sub-Saharan Africa excites you the most in terms of its energy/infrastructure potential, and why?

I would again elect Mozambique as my pick for both energy and infrastructure. On the energy side there is a project pipeline with a number of hydroelectric and hydrocarbon (gas) projects that could change the scenario of the SAPP (Southern Africa Power Pool). With its immense gas reserves and abundant hydric resources, the country is poised to become a major energy player in the region. With regards to Infrastructure, Mozambique is in a good position to service the hinterland and there are many projects under development to promote the country as a champion of regional logistics. I would highlight a few such as the recent inauguration of the Nacala railway, the upcoming expansion of the Nacala Port, and the new terminals being built at Beira Port and Maputo Port, where DP World has been very successful in its expansion of the container terminal servicing the growing overflow of cargo from Durban and other South African ports, who seem to be losing ground in productivity. Finally, the gas developments in the North of the country will spur what I believe to be an unprecedented race for infrastructure development in the region, as most operations are located in remote and underdeveloped areas.

What is the most interesting project you have ever worked on, and why?

In my previous role, I had the privilege of being part of the founding team of the Mozambican Development Bank, which proved to me the concept that resource-rich emerging economies, particularly in Africa, can develop projects in harmony with foreign investors. While the Bank is still to see its better days, during my tenure it already played a role in raising capital for major infrastructure projects such as the Katembe bridge (a US$700M+ suspension bridge among the 60 largest suspended spans in the world and the largest in Africa), which will dramatically reduce the travelling time between the capital Maputo and South Africa, fomenting much needed agricultural and industrial development in Southern Mozambique. Currently I’m involved in the development of logistics and supply for the gas projects in northern Mozambique where the numbers are staggering for their economy. With a GDP of circa US$11B (roughly half the GDP of Brighton), the country is about to undergo massive investments in the order of US$30B+ for initial developments (5 to 7 years) with a long term estimated investment of US$100B (over the next 50 years).

Where do you expect deal flow to come from in sub-Saharan Africa in the coming years?

While I wouldn’t pick a single country, I would have to highlight Zimbabwe as a front runner to generate deals short to mid-term. Contrary to most countries in the region, Zimbabwe has a highly-educated population and a huge talent pool eager to contribute to the country’s economic recovery. Although the country faces great challenges, particularly with its initial funding requirements, I have little doubt that Zimbabwe will soon become the region’s darling of foreign investors seeking investment opportunities in emerging and frontier markets, particularly given the steady decline of South Africa’s economy. There will certainly be infrastructure and energy opportunities although perhaps not as much as in consumer, technology and agricultural areas. Keeping an eye on how the new administration intends to differ itself from the previous will be one to watch in 2018.

Fabio Scala
Managing Director, Edgebold Capital
Fabio Scala is currently Managing Director of Edgebold Capital, the advisory arm of the Edgebold Group, a private holding with a diverse portfolio of investments in Southern Africa. Previously Fabio was the Managing Director of Mozambique’s Development Bank, BNI, where as a member of the bank’s founding team he was involved in key Infrastructure and natural resource projects. Before joining BNI, he acted as a Senior Manager for Portugal’s National Private Equity Fund and as a Board member of many of its portfolio companies. He has held several other senior positions in the US after starting his career at Brazil’s Caixa Econômica Federal Bank.