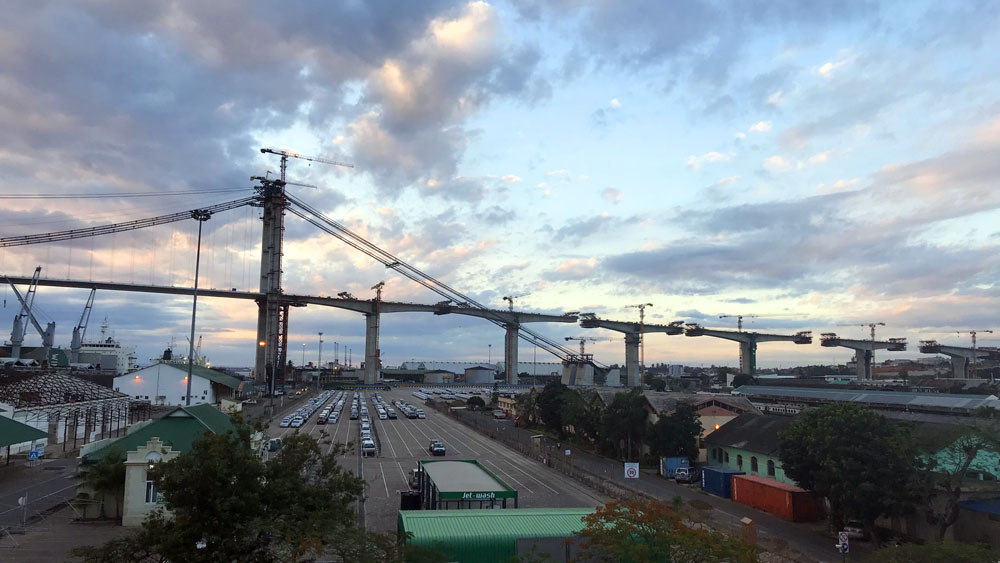 The Chinese Road and Bridge Corporation has completed 95 percent of the suspension bridge over Maputo Bay, Mozambique, to link the capital city Maputo and the town Catembe across the bay, announced Maputo Sul, the Mozambican company for the project.

The Maputo Sul’s supervisor for quality control in the project, Basilio Dzunga, said that with the resettlement of the families from the area where the construction works are expected to occur, the project should be concluded by June this year.

“By the end of February the execution of the works was around 95.4 percent in terms of monthly progress, we expect the entire structure of the bridge ready by the end of April and from there we will be only doing the final touches, painting and eventually correct some parts that might need, which allow us to say by June we would have the bridge concluded,” said Dzunga.

With the bridge concluded, lives of thousands of citizens living on both sides of the bay will no longer be affected by the unavailability of the ferryboat, one of the few sources to connect the two sides, either because of boat malfunction or stuff strike.