One year after the Resolution no. 18/2016 of 30 December, which ratified the convention on social security between Mozambique and Portugal, signed in Lisbon on 30 April 2010, it is time to assess what has been achieved so far.

This document follows the platform for co-operation in several areas firmed between the two governments, with the main objective being to respond to the apparent social stability regarding the social security benefits and the migratory flow of workers between the two countries.

In Mozambique, social security is a right provided by the Constitution, where Article 95 lays down that all citizens are entitled to social assistance in case of disability and in old age.

According to the preamble of the decree that approved the convention drawn up in Portugal (decree 19/2011 of 6th December) the Convention aims primarily at:

It should be noted that the principle of equal treatment set forth in Article 3 provides that any foreign workers of a contracting State and their family members and survivors shall benefit of the same rights and shall be subject to the same obligations under the same conditions granted to national citizens of that contracting State. This means that, in Mozambique, Portuguese citizens may access to the regime applicable to all employees in general and to self-employed workers, as well as to the voluntary maintenance regime of contributions applied to illness, maternity, disability, oldness and death.

Under the terms of Article 4 (1) (a) of this Convention, the compulsory (and supplementary) social security regime and the voluntary maintenance regime of contributions in respect of illness, maternity, disability, oldness and death are applicable to Mozambique, with exception to the basic social security system.

It is also important to point out that this convention has not provided much innovation in what concerns the flexibility of the legislation on social security in Mozambique for foreign workers or for Mozambican workers abroad, insofar as Article 14 (4) and (5) of Law No. 4/2007 of 7 February (Social Security Law), already provided for the deviation from the rule concerning the possibility of compulsory registration with the Mozambican social security system of Mozambican workers posted abroad, as well as the registration of foreign workers covered by a social security system in another country, where bilateral agreements were already implemented.

Furthermore, unlike the Mozambican legislation, the Convention provides for the possibility of payment of benefits, in case any national citizen of any of the contracting countries is resident in a third country.

In this sense, Article 8 of the Convention sets forth the general rule to be applicable to workers from the Contracting countries (whether employed or self-employed workers, defined as nationals, stateless persons or refugees residing in the territory of one of the Contracting States).

According to this article, all these workers shall be subject to the rights and obligations established by the social security legislation of the contracting state where they are posted, even if they are resident in another State or the employer has its registered office or domicile in that other State.

The Convention also lays down an exception to the above rule (Article 9), determining that, in case a posted worker in the territory of one of the Contracting States is transferred  by the company that engaged him to work in another Contracting State, the social security applicable regime will be the same regime of the State of origin, provided that the expected duration of the work does not exceed 24 months and that he is not transferred to replace another worker who has completed his posting period.

The same situation applies when ever a worker usually carrying out an independent activity in one of the Contracting States is transferred to another Contracting State to perform the same activity and for the same periods of time.

As to the Mozambican workers covered by Portuguese legislation, in the event of work accidents and occupational diseases, they are entitled to the benefits resulting therefrom under the same conditions stipulated for Portuguese nationals. This is an important gain for the Mozambican nationals as bureaucracy is reduced and, in case of any occupational disease or accident at work, there will be no need to travel to Mozambique to start the process for the recognition of the respective rights.

Regarding the protection of workers’ personal data, if requested by one of the Contracting States, it shall be covered by the legislation of the requesting country. The principle of confidentiality of the personal data is respected in Mozambique, except when the worker’s personal data is necessary for the fulfillment of the rights and / or obligations of the worker.

Under the principle of institutional cooperation, Article 32 provides that, in the event of overpayment to any beneficiary, the creditor institution may request another institution from the contracting state where the beneficiary is located to deduct the funds received in excess, in accordance with the respective legislation in force.

This Convention has improved the legislation of the Contracting States concerning the social protection. In relation to Mozambique, it gave rise to a possible implementation of social protection for unemployment and solidarity, in accordance with Portuguese law.

By removing the residence clause, the calculation of the period of insurance is more flexible, being totalized irrespective of whether it has started and ended in different States, thereby ensuring the equal treatment and the acquired rights of the respective nationals.

From the administrative point of view, the Convention has softened the territorial constraints between Portugal and Mozambique under the principle of a mutual co-operation, namely in what concerns the administrative assessment of the acts to be carried out in both Contracting States. 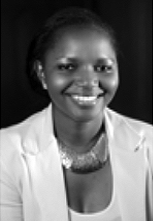 Aurea Guinda
Aurea Guinda is senior associate at CF&A, a Mozambican law firm in association with the Portuguese MC&A. She is a very experienced Mozambican lawyer, who have dealt with several investments and corporate projects, including regulation and recommendations for new legislations and also conflict resolution and litigation. Her experience covers advice to international and national clients in Mozambique, on the implementation of large and small scale investments, in several sectors. Aurea is graduated in Law from Eduardo Mondlane University – Maputo Law School and she is a Member of the Mozambican Bar Association. 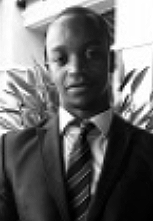 Duarte Chiau
Duarte Chiau is an associate of CF&A, a Mozambican law firm in association with the Portuguese law firm MC&A. Duarte’s practice focuses on the representation of international companies and national companies in connection with financial and banking sector transactions in Mozambique, with the following tasks: advice on commercial contracts, joint operating agreements, sale and purchase agreements, joint venture agreements, study and bid agreements and other types of agreements involved in medium investment projects. Duarte is graduated in Law from Eduardo Mondlane University – Maputo Law School and he is a Member of the Mozambican Bar Association.

Solar power is the fastest growing in Mozambique

Solar power is the fastest growing in Mozambique

Join 100,320 other subscribers.
No Result
View All Result