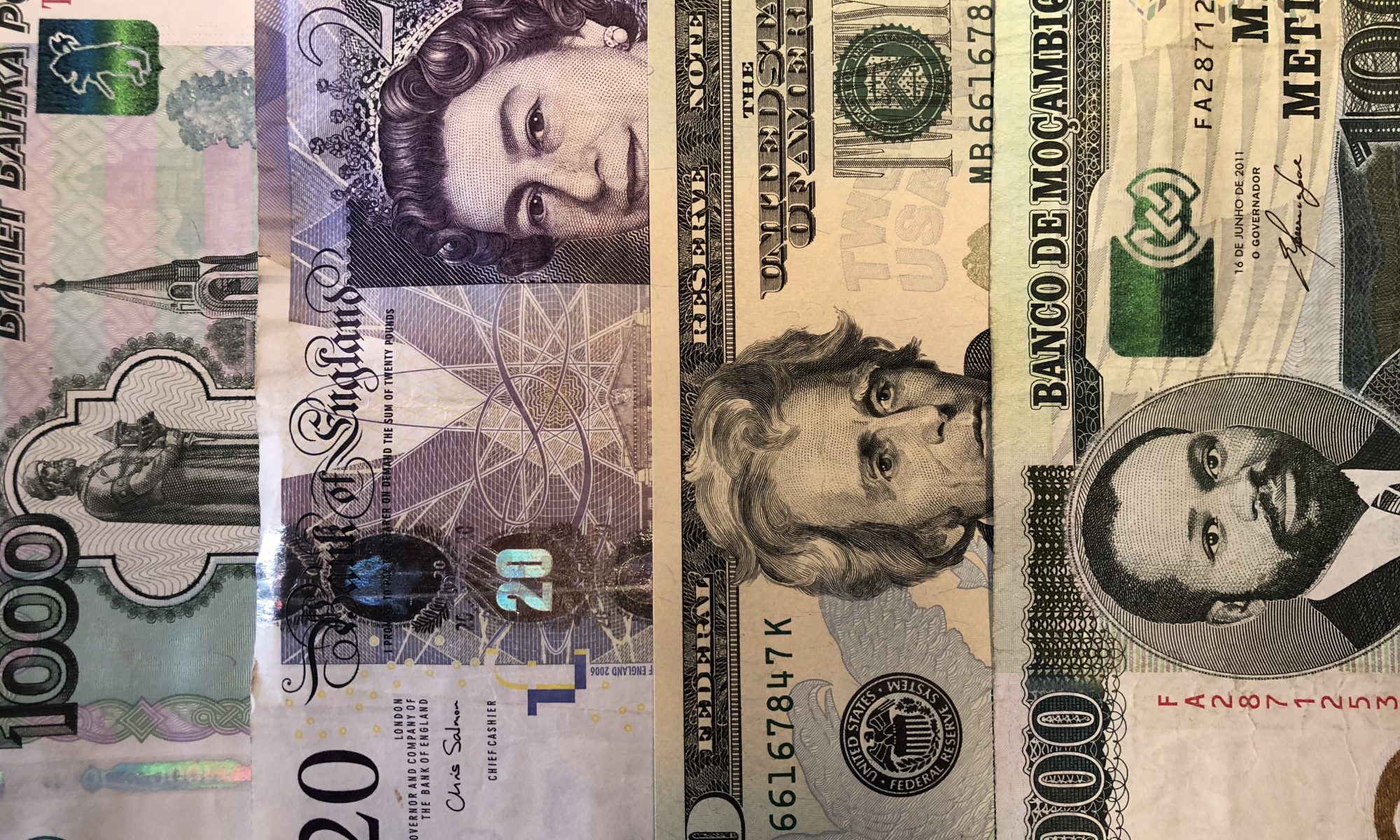 Law No. 1/92, of January 3, establishes, in its Article 28, the nature, the objectives and the functions of BM and determines that this institution is the Exchange Authority of the Republic of Mozambique. In this context, Law 11/2009, of March 11 (Foreign Exchange Law) empowered BM to regulate the provisions set out therein, except for any specific issues where the regulatory power shall be exercised by the Council of Ministers, in accordance with the powers expressly assigned thereto. Within this framework, Decree No. 83/2010, of December 31, approved the Foreign Exchange Control Regulation.

The Foreign Exchange Control Regulation (Decree no. 83/2010, of December 31), approved by the Government of Mozambique, entered into force on July 11, 2011 laying down the rules and procedures to be followed in the execution of deeds, businesses, transactions and foreign exchange operations under the Foreign Exchange Law (Law no. 11/2009, of March 11), aiming to regulate the market and increase BM’s ability to collect foreign currency.

This regulation established, inter alia, the following exchange policy measures: (i) companies with export revenues should hold bank accounts denominated in foreign currency, either in commercial banks located in Mozambique or abroad; (ii) companies should convert into meticais 50% of their foreign currency revenues; and (iii) such conversion should be carried out no later than 90 days after the export revenue has been collected.

Furthermore, the scope of this regulation has been extended to meet BM’s regulatory practices, which, regardless of whether the solutions adopted are the fairest ones, reinforces the legal security of the respective recipients.

The review of the Foreign Exchange Regulation occurs nearly six years after it entered into force, aiming at enabling BM to effectively perform its functions as a foreign exchange authority, under the terms of the Constitution and of Law nº 1/92, of January 3.

Within this scope, the Government approved Decree No. 49/2017, of September 11, which reviews the Regulation of Law No. 11/2009, of March 11 (Foreign Exchange Law), therefore repealing Decree No. 83/2010, of December 31, and published Notice no. 20/GBM /2017, with the purpose to establish the rules and procedures regarding the foreign exchange transactions.

By virtue of the powers conferred on it, BM shall approve any subsequent regulatory rules, and shall set forth the procedures, forms, deadlines and other terms and conditions regarding foreign exchange transactions. Specifically, BM shall regulate the following issues:

As an Exchange Authority, BM shall also approve any other rules and procedures for the implementation of the Foreign Exchange Law.

It is our opinion that this new regulation does not entail significant changes in relation to the subject matters dealt with in the previous regulation, considering that most of the powers that were legally assigned to the Government, and are now conferred on BM have, in practice, been exercised by this Bank.

From our analysis to Notice no. 20/GBM/2017, we have noted that some of the amendments introduced may affect, albeit to a lesser extent, the issues referred to in the above paragraphs.

By way of example, the mandatory registration to which all exchange transactions are subject will henceforth be carried out by credit institutions and financial corporations, unless provided otherwise. Given that this register was drawn up by the Bank under the Regulation already repealed, it is clear that BM intends to decentralize some of its competences.

Notwithstanding, the competent entities will be obliged to deliver the entire registration process to BM, within a specific time frame of between 5 to 90 days, according to the exchange operation requirements.

Moreover, the registration procedure, formerly made available, either manually or electronically, is now exclusively authorized by electronic means and in real time.

In addition, the resident entities are obliged to declare to the Exchange Authority their values ??and rights generated, earned or held abroad and such declaration shall be updated every year or, in case a significant change occurs, within 90 days following such change.

With regard the repatriation of revenues resulting from the export of goods and services and foreign investment income, BM sets forth the possibility for resident entities to hold the funds in foreign currency, whilst the former regime stipulated that such funds, should be held in national currency.

The decentralization of the registration of foreign exchange operations implied the adoption of general and specific obligations by the authorized entities, such as the duty to check the identity and legitimacy of the operators involved, as well as the economic grounds for carrying out the transaction and its nature, and for this purpose any documents deemed convenient shall be required.

Another new aspect of this Regulation is the introduction of the “Term of Commitment”, which is a declaration issued by the intermediary bank certifying that the importer or exporter is a client of the bank and is brokering the transaction. In this document, to be sent to the competent customs authority, the importer or exporter shall also undertake the irrevocable commitment of delivering all the relevant documents or the export earnings, within the deadlines established for that purpose.

In addition to the list of the new changes, the values allowed for some operations have increased considerably, namely in what concerns the direct advance payment, where the fee to be paid for a request of performance guarantee has increased from 50.000 USD to 250.000 USD. This increase is not extended, however, to the import and export of physical currency, which is kept in the maximum amount of USD 5,000.

In the event of a significant change, in respect of capital transactions authorized by either BM or an intermediary bank, this fact shall be reported to BM for valuation and authorization.

The capital transactions concerning to foreign direct investment, real estate investment, operations on equity certificates of collective investment bodies, and portfolio investment operations, relating to securities and other instruments traded in the capital and money market are authorized for transactions carried out by residents, who may undertake investments abroad in the amount of USD 250,000 per year, provided that the legal requirements are complied with.

On the other hand, the registration of foreign direct investment is no longer subject to the prior authorization of BM, being only dependent upon the registration with the intermediary bank. Nevertheless, the registration must be filed with BM whenever the investment is made through the importation of equipment, machinery or other material assets, or when it is carried out under the right of use patented technologies and trademarks.

In relation to the financial credits, the Regulation will be henceforth allowing contracting amounts up to USD 5,000,000, provided that the established interest rates are respected, and the credit has a maturity of 3 years or more.

Concerning the transfers for insurance contracting, the transfer of insurance premiums is authorized regardless the duration of the underlying contract.

With regards to the import or export of foreign banknotes and metallic coins, the registration with the exchange authority becomes compulsory.

One of the most significant developments of the new regulation is the introduction of special foreign exchange regimes, which regulate the foreign exchange operations related to the oil, gas and mining activities taking place in the national territory.

This chapter sets forth the obligation to the intermediation of banks entitled to operate in Mozambique for the execution of special exchange operations linked to the participants to whom these provisions shall apply. These provisions lay down the terms under which concessionaires may dispose of the funds that will be deposited in their bank accounts, either in MZN or currency.

Finally, it is important to refer that BM will now guarantee the operation of its powers through means of notices, i.e., deeds issued by the Governor of BM in the exercise of its powers.

In conclusion, the need to review foreign exchange regulations and instruments was mainly due to the increase occurred in the financial flows between Mozambique and the foreigner countries. However, although BM’s role as an exchange control authority has indeed been strengthened, in particular, by the attribution of its own regulatory power, in fact, there has been no substantial change in the regime in force.

Luis Leão Neves
Luis assists international clients in transactions both in Portugal, as well as in the African Portuguese speaking countries, through MC&A’s local partners. He has dealt with several investments and corporate projects, including regulation and recommendations for new legislations. His experience includes advising on the implementation of large and small-scale investments, in several sectors, as well as corporate and M&A transactions. Luis is graduated in Law from the Portuguese Catholic University – School of Law and he is a Member of the Portuguese Bar Association.