Last May the new Angolan Law on Competition (Law no. 5/18, of 10 May) was published. This new Competition Law aims to meet the need for laying down rules and principles regarding the competition of the economic activities carried out on a permanent or occasional basis in Angola, both for public and private companies, as well as for groups of companies, cooperatives and business associations.

The main purpose of this law is to ensure the compliance with the rules of a healthy competition, which shall henceforth be governed by the Angolan Competition Regulatory Authority (“ARC”), a public entity created specifically for this purpose.

Thus, the new Competition Law establishes as anti-competitive practices, any acts, from whatever source, which in any way are intended or otherwise able to produce the following effects:

Notwithstanding, the new Competition Law allows agreements or justified coordinated practices or decisions, providing that they contribute to an improvement in the production and distribution of goods and services, or to the promotion of technical or economic development.

It should also be noted that all legal transactions relating to a merger of companies that contravene ARC’s deliberations will be considered void, since said decisions are binding on the sectorial regulatory authorities.

The acts related to the assessment of a merger of companies resulting from prior notification, issuance of copies and certificates and any other acts that constitute a provision of services by ARC will be subject to the payment of fixed fees, to be approved, collected and settled according to a Presidential Order.

With this new legislation, ARC will control the anti-competitive practices where they imply the eventual acquisition of the totality or part of the share capital of a company, as well as the acquisition of rights of ownership, rights of use, if they are of long-term nature (either individual or jointly), and considering the pleas of fact and law they will determine a strong influence on the activity of a company.

Any anti-competitive practices are considered as violations subject to criminal liability and administrative legal measures. The new Competition Law punishes such violations by means of payment of heavy fines between 1% to 10% of the previous year’s turnover of the companies involved.

The new Competition Law also foresees the situation where a company/ offender relapses by means of a progressive increase of the fine, which will depend on the number of infringements occurred irrespective of the fines, the companies/ offenders are also subject to ancillary sanctions such as, the sanction being publicized in a widely read newspaper, the demerger of the company or, the transfer of share control, among others.

The application of these sanctions is subject to a procedure (also regulated by the new Competition Law), which contemplates the following stages, from the opening of the investigation process, to the conclusion and deliberation, and finally to the final investigation and decision. During the investigation of the proceedings, provisory measures may also be taken to suspend the referred practices, should they be considered to cause imminent and serious or, irreparable damage to competition.

In conclusion, it is expected that this new Competition Law will be a very important law for the Angolan economy, in order to facilitate and improve the efficiency and dynamism of the national companies. 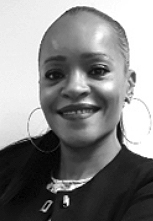 Candice Saraiva
Candice Saraiva is a senior associate at MVA, an Angolan law firm in association with the Portuguese law firm MC&A. She is a very experienced Angolan lawyer, who have dealt with several investments and corporate projects, including regulation and recommendations for new legislations and also conflict resolution and litigation. Her experience covers advice to international and national clients in Angola, on the implementation of large and small scale investments, in several sectors. Candice is graduated in Law from the Lisbon University – Lisbon Law School and she is a Member of the Angolan Bar Association.