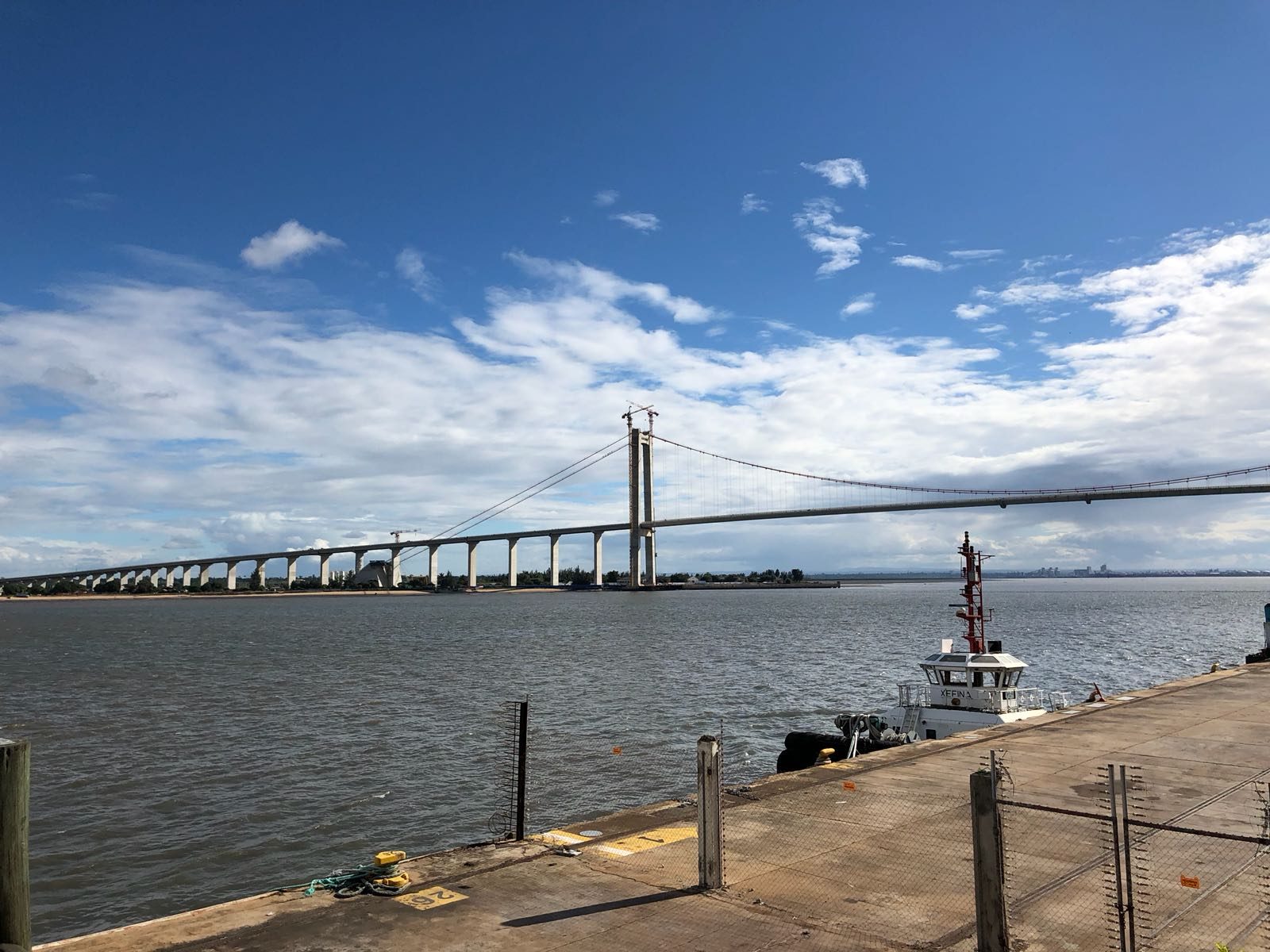 Vehicles crossing the new suspension bridge over the Bay of Maputo will pay tolls that vary from 160 to 1,200 meticais (from 2.7 to 20 US dollars, at current exchange rates), according to a Sunday release from Maputo-Sul, the publicly owned company that will operate the bridge.

Motorbikes and light vehicles will pay 160 meticais. For medium cargo vehicles, with no more than two axles, the toll is 320 meticais. Heavy goods vehicles with three or four axles will pay 750 meticais to cross the bridge. The toll for trucks with five or more axles is 1,200 meticais.

Frequent users of the bridge will also receive a discount, which can go as high as 75 per cent, depending on how many times they cross the bridge in a month.

The bridge, which is scheduled to open to traffic on 10 November, runs from central Maputo to the neighbourhood of Katembe and is three kilometres long. It is the longest suspension bridge in Africa.

Prior to the construction of this bridge, people who lived in Katembe, but worked or studied in Katembe, had to use an unreliable ferry service to cross the bay, as did anyone who wanted to drive from Maputo to the southernmost district of Matutuine, the tourist resort of Ponta d’Ouro, and the border with the South African province of Kwazulu-Natal.

The project, built by the China Roads and Bridges Corporation (CRBC), includes not only the bridge but 187 kilometres of paved roads running from Katembe to Ponta d’Ouro (115 kilometres), Zitundo to Ponta d’Ouro (nine kilometres) and from the Matutuine district capital, Bela Vista, to Boane (63 kilometres). The bridge and the roads were paid for with a loan of 785 million US dollars from the Chinese Exim Bank.

The maintenance and upkeep of the bridge and the roads will be paid for out of the revenue from toll gates. The Maputo Sul release said that the tolls “have a social nature, since they only seek to raise revenue to guarantee the longevity and standard of the infrastructure through adequate and rigorous maintenance, as well as providing services of good quality to the clients” (in other words, the toll will not be used to repay the loan from the Chinese bank).

A second toll gate will also open on 10 November, at Bela Vista. Here the tolls will range from 100 to 750 meticais, depending on the size of the vehicles. The same 75 per cent reduction in the tolls for buses, “chapas” and tractors will be in force at Bela Vista.

Eventually, there will be two more toll gates – one at Ponta de Ouro, and one at Mahubo, in Boane district.

With the new bridge, it now becomes possible to cross the Bay of Maputo at any time of day or night. The journey time from Kwazulu-Natal to Maputo is substantially reduced, and the authorities hope that the bridge and its connecting roads will encourage tourism, agriculture and fisheries in the far south of Mozambique.

Source: AIM via Club Of Mozambique