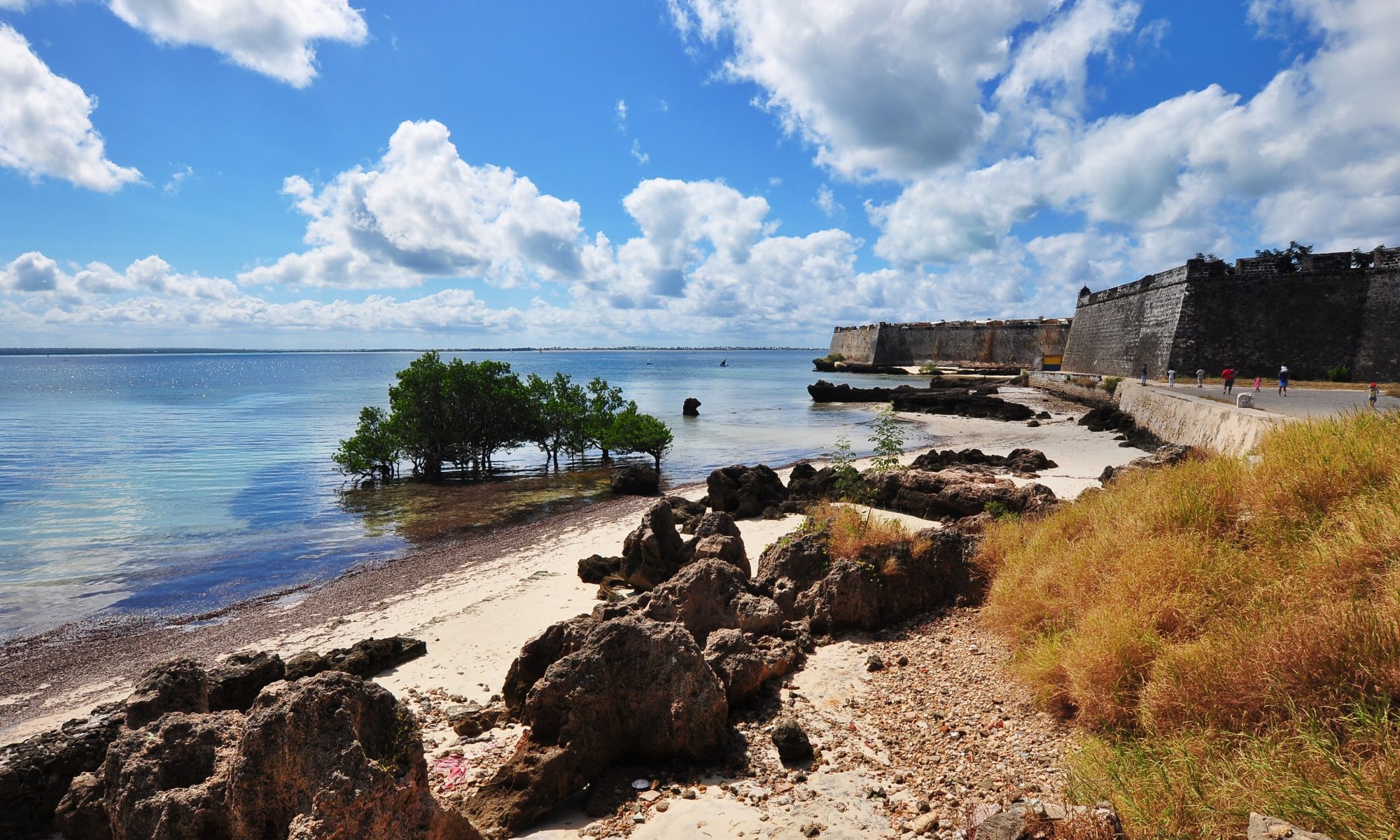 Here we go for yet another experience in Mozambique. And I’m going to tell you something… I felt disappointed for having chosen this place as basically my last Mozambique trip (we will talk about that in the future)… The Island of Mozambique was that place.

Don’t mix things, the Island of Mozambique is the name of a city in Nampula province and, as the name foretells, it is an island. Not a simple and beautiful island like all those I have crossed paths with around here, but an island that tells the story of Mozambique and also the starting point of colonization and the emergence of what we know today as Mozambique.

“The Island of Mozambique is an island city and it is part of Nampula province, in northern Mozambique, the name of the mainland was taken from it and the island was the country’s first capital. With its rich history, something displayed by a deeply interesting architectural heritage, it is a UNESCO World  Heritage Site since 1991.1

Currently, the city is a municipality, with a local government elected. According to the 1997census, this municipality has 42 407 inhabitants, among which 14 889 live on the Island.

Its name, which many natives claim to be Muipiti, appears to have derived from Mussa Ben-Bique, or Mussa Bin-Bique, or Mussa Al-Mbique (Moses, son of Mbiki2), someone whose information is extremely scarce, but who gave the name (the 2ndversion of it) to a new university, in Nampula.

From an architectural standpoint, the Island is divided into different two parts, the “stone city” and the “macuti city”, the first comprises about 400 buildings, which includes main monuments, and the second, found in the island’s southern part, has about 1200 feebly built houses. Nevertheless, many stone houses are also covered with macuti.

The Island of Mozambique is connected to the mainland by a 3-km bridge, which was built in the 60s”. Wikipedia (Ref. 2)

Having the chance to walk in this island, while seizing the opportunity to know is history, is nothing but an amazing journey right through Mozambique’shistory, in an environment acknowledged as important for the country and the world’s history. The island has several important historic landmarks that must be visited. I will tell you more about them in a bit…

The island is not only its history and mesmerizing architecture, butit also happens to be surrounded by several other islands and paradises that reveal the full-fledged natural power of Mozambique, among them the Sena island, the Goa island, the 7 Paus island the Varandas, Carrusca and Chocas beaches. In this article, I will delve into the Island and its internal points of interest, keeping the islands/beaches for an upcoming piece…

ACCOMMODATION: While on the island of Mozambique, we stayed at Hotel Villas Sands, one that I deeply recommend. It’s a very high-quality hotel, greatly located, whose service and restaurant are top-notch. The managers are quite friendly and had a decisive role in making the accommodationeven more enjoyable.

We established our island itinerary at the hotel. We devoted our first day to get acquainted with the island, opting for a tour-guided walking, which I believe was the right choice. Not only we are talking about a small-sized island (something visible in this article’s opening image), it is also interesting to understand what currently exists and has existed in the island, so that we can enjoy the place later. We were given an official guide while at the hotel, Jackson was his name, and we spent the whole day walking and getting to know the Stone and Macuti cities.

Just to give you a glimpse of the island’s history, it was founded by the Portuguese in 1498 (by the navigator Vasco da Gama) during a voyage that intended to reach India, specifically the province of Goa, where the great bulk of trading activities was assembled, a territory that ended up colonized by the Portuguese. This intention to reach Goa in India is actually the reason why one of the islands around is named Goa. Step by step, the Island of Mozambique became a strategic point in the sea route Portugal and Goa (India), motivating the construction of a complete city infrastructure, which included a fort, churches, houses, hospitals, etc.

It should be emphasized that, when the Portuguese reached the island, the majority of the population was Swahili and Muslim, as mentioned above, and the tradition of these cultures is probably the origin of the name Mozambique.

As we speak, a great share of things is now destroyed and abandoned, but UNESCO has been making efforts to prevent this heritage’s total disappearance.

The map above allows you to see the island’s ground plan, where we can easily spot the geographical difference between the Macuti City (the orange part) and the Stone City (the remainder). Basically, the Stone City is the island’s noble part, where the Portuguese built all their structures, where most of that heritage is still preserved today. Macuti City is the poorest/humblest side, where the houses have been built just with sticks, mud and then covered with Macuti leaves (some kind of palm tree)… Broadly speaking, it resembles a favela. If you augment the map above, you will notice that there are much more structures in MacutiCity and the houses are more crowded than in StoneCity.

As I walked around the city, I recalled Zanzibar’s Stone Town (Recall it HERE!)… As a matter of fact, both are quite similar, not only visually, but historically as well.

The city encompasses some historical places, such as the house where Camões lived, churches and also the first mosque built in Mozambique.

The island also has another interesting feature, the plethora of artifacts and coins from the colonization period. In the past, they used to bring many materials from China, particularly ceramics of the Ming dynasty. Today these pieces are ornamenting walls or articles for sale, or even complete pieces in museums, or they actually sold by the natives, including coins and other silver artifacts.

There is a health-focused structure complex practically on the border between the Stone City and the Macuti City, where the Island’s hospital is also located. Regrettably, all structures have been deeply damaged, but still show the splendor they had in that environment.

In addition to the examples aforementioned, there are 2 magical places that you should know on the Island: The island’s current, the former Palácios dos Capitães e Generais and also the Fortress of São Sebastião. Unfortunately, the museum did not permit photos of is interior, but I believe it’s totally worth a visit. I’m not a fan of museums, but I really found that the artifacts in this one are quite stunning, revealing how well the Portuguese were treated and accommodated.

The most important architectural work that is still found on the island is certainly the Fortress of São Sebastião… The photos below display its immensity. I think its preservation efforts could be even better, since this building represents so much of the island… I hope UNESCO will take care of it properly.

The Chapel of Our Lady of the Bulwark had once been a Bulwark, then turned into a Chapel, located basically at the tip of the Island, considered now one of the oldest European constructions in the Eastern African coast.

All these belongto the Stone City, but there is also the Macuti City. Nonetheless, although extensive, photos don’t make justice to it. The Macuti City is more about the experience of witnessing how the people live and have lived in that region, as well as the local customs, than to capture everything in photos… Albeit not as visually striking from a tourist perspective, the local customs and the joy of the children enlivening the city is something worth seeing.

As I’ve mentioned, not only we can get to know the city, we can also witness some of the local customs and the joy of the children playing there.

That’s pretty much it, we will talk about the beaches and islands around the main Island in the next article.