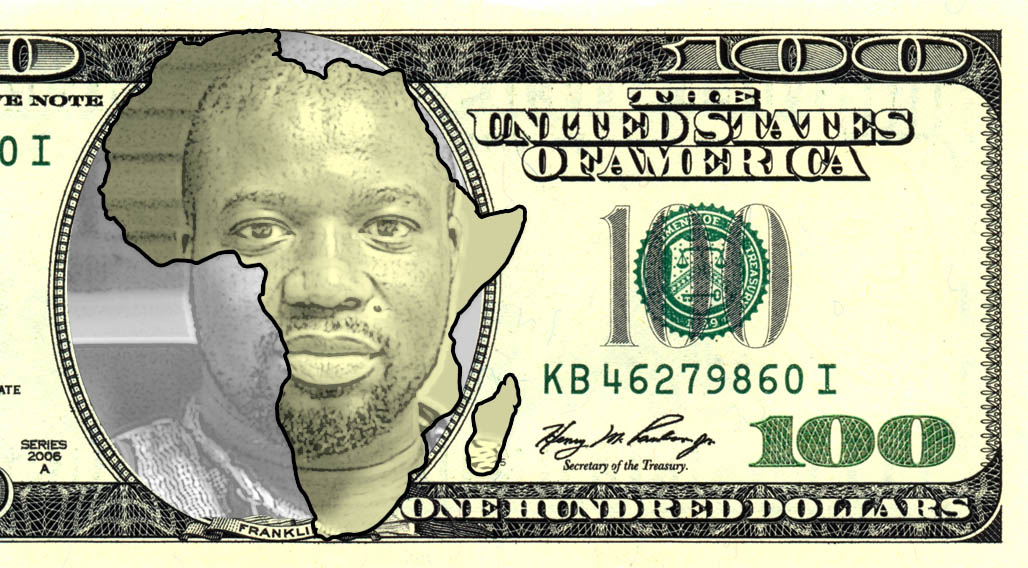 Eric Osiakwan is the Managing Partner of Chanzo Capital, a growth capital firm investing both capital and mentoring in high-tech startups and scale-ups in Kenya, Ivory Coast, Nigeria, Ghana and South Africa.

African entrepreneur and investor Eric Osiakwan is not your ordinary African investor. While ideally he would be chasing well performing shares of listed companies in Johannesburg Stock Exchange or other major stock markets in Africa, Osiakwan goes for start-up that are showing great potential.

Managing Partner of Chanzo Capital, a growth capital firm investing both capital and mentoring in high-tech startups and scale-ups in Kenya, Ivory Coast, Nigeria, Ghana and South Africa, he has steered some of Africa’s most interesting star-ups.

He authored “The KINGS of Africa’s Digital Economy”, co-authored the “Open Access Model”, adopted globally by the telecommunications industry, “Negotiating the Net” – the politics of Internet Diffusion in Africa and “The Internet in Ghana” with the Mosaic Group.

He has been invited to contribute ideas to Prime Minister Tony Blair’s Commission for Africa and is a TED, Stanford, MIT and Harvard fellow.

When Osiakwan noted the potential presented by a hospitality aggregation start-up in Nairobi, he quickly bought into the company through a merger. HotelOnline, which now has operations in Norway, Poland, Senegal, Kenya and Nigeria had only limited operations around Nairobi when he joined in.

Havar Bauck and Endre Opdal, both from Norway, started their journey with the launch of Savanna Sunrise in 2014, a digital hotel marketing solution, targeting independent hotels in Kenya. In 2017, they merged with Polish traveltech startup Hotel Online, to create the company now known as HotelOnline.

“Last year one of my investments became profitable, – HotelOnline. I became a shareholder of Hotel Online through a merger that we did which basically resulted in the new business becoming profitable within the year because we combined our strengths which mitigated our weaknesses – the business is now poised for exponential growth and there is also a leading PE fund that is looking to come in this year,” notes Osiakwan.

It is not only HotelOnline that has Osiakwan delighted. “The second venture I invested is www.finaccess.co which is a mobile lending platform that started in 2016 and I invested in 2017. I brought in a lot of value add and worked with the team to get the business to profitability within a year. ”

Osiakwan has had several other interests in Africa within as well as 15 years of ICT industry leadership across Africa and the world. He has worked in 32 African countries setting up ISPs, ISPAs, IXPs and high-tech startups. He Co-Founded Angel Africa List,Angel Fair Africa and currently serves on the board of Farmerline, Hubtel, Forhey, Teranga Solutions, Hotel Online, Wala, Amp.it, SameLogic, Wanjo Foods, Airshop, Rapid Expense,NestSquare , Data Integrated, Ghana Cyber City and WABco.

Through Chanzo Capital, Osiakwan has been a leading proponent of financing the growth and development of the high-tech sector through the provision of capital, mentoring and value creation services.

“There is an increase in the number of “smaller” PE deals by “local” PE Fund Managers whiles the big global PE Funds are retreating out of Africa due to the lack of deals, which speaks to the markets dynamics of Africa,” he adds.

“There is going to be an increase is “smaller” PE deals as well as more Growth and Venture Capital deals because there is a huge concentration of pipeline in those spaces. There is too much big ticket PE capital looking at very few deals at the top – that is not sustainable.”

Kenya has been a leading country in recording deals by PE especially those that touch on tech. However, according to East Africa Venture Capital Association report, the country has one of the least number of exits in the continent. Also Cynton Investments has raised that issue.

This Osiakwan attributes to the nature of the Kenyan economy. “Generally because the market is not fully developed some investors are exploring other liquidity mechanisms and a lot are building enough patience to allow their investments to mature over a longer horizon as opposed to the classical horizon.”

He continues, “For examples, if you have a profitable asset that is paying you dividends then you won’t be in a rush to exit if you don’t need to. The Kenya market itself is at an inflection point so investors are sitting tight.”

Recently, Osiakwan was in Nairobi to give a talk on raising capital for businesses, mainly startups and SMEs while hosted by SMEs growth strategy and innovation advisory ?rm Blue Inventure Kenya. He has a keen interest with these type of investments.

“Early stage ventures have a higher propensity of failure compared to later stage ventures which is why they need a better developed ecosystem and infrastructure to mitigate against the failure,” Osiakwan observes.

Are these entrepreneurship getting enough support from various players including government and capital entities?

Osiakwan does not think so. “Not as much as is needed which is why governments needs to step up their game to consolidate that gains made by these entrepreneurs without their involvement. It is not only government but we also need the involvement of Civil Society to use their services and demand that improve the service to global levels and Academia/Research to provide the human capital that these companies need to be successful. ”