Insight: The inadvertent rise of digital transactions in Zimbabwe 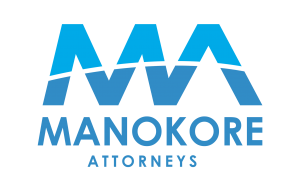 This article will trace the history of currency use in Zimbabwe, tracking Zimbabwe’s movement from relative monetary stabilization following independence, to its crippling hyperinflation, abandonment of the Zimbabwean dollar, adoption of a multi-currency system and ultimately how the evolution of the currency regime has led to the rise of fintech methods of transacting on the back of a cashless society’s desperate need to adapt to debilitating shortages of cash in the economy.

A brief snapshot of currency use in Zimbabwe

Zimbabwe (formerly Rhodesia) adopted the Rhodesian dollar in 1970, following the replacement of the pound sterling as the currency of trade. Upon Zimbabwe attaining independence in 1980, the Rhodesian dollar was replaced, at par, by the Zimbabwe dollar. At that time, the Zimbabwe dollar was worth approximately USD1.25. Due to multiple factors, between 1998 and 2009, Zimbabwe experienced the second worst ever recorded case of hyperinflation, which resulted in a massive devaluation of the Zimbabwean dollar. While exact statistics of the extent of the hyperinflation cannot be found (the Zimbabwean government stopped releasing official statistics after July 2008), it has been estimated that inflation, at its peak, rose to as high as 89.7 sextillion percent. In order to curb hyperinflation and its devastating effects on the economy, the government of Zimbabwe (the GoZ) abandoned the Zimbabwean dollar in 2009.

In the same year, the GoZ introduced a multi-currency system, with the result being that in terms of section 44A (2) of the Reserve Bank of Zimbabwe Act [Chapter 22:15] (the RBZ Act), transactions in Zimbabwe would be done in any specified foreign currency which included the US dollar (USD), euro, South African rand, Botswana pula and British pound. Over time, however, the USD became the preferred currency in local transactions and the dominant currency in use.

The rise of digital money

The dominance and strength of the USD and a general lack of confidence in the Zimbabwean banking sector led to a shortage of currency as individuals and companies treated the dollar as a safe haven currency or asset. It became a gauge of value rather than a medium of exchange, leading to the effective non-circulation of the dollar and a liquidity crisis in Zimbabwe. In order to resolve the shortage of USD in the economy, the GoZ introduced a surrogate currency known as bond notes which would trade, locally, at 1:1 with the USD. Additionally, and running parallel to the introduction of bond notes, the GoZ intensified its drive for the adoption of non-cash forms of payment for the exchange of goods and services to reduce the public demand for cash.

In a press statement by the Reserve Bank of Zimbabwe (RBZ) on measures to deal with cash shortages while simultaneously stabilizing the economy issued in 2016 (the RBZ Statement), the RBZ directed, inter alia, that retailers, wholesalers, businesses, local authorities, utilities, schools, universities, colleges, service stations, informal sectors and other service providers install and make use of point of sale (POS) machines. The purpose of this directive was to reduce the demand for cash in the economy. The directive also applied to government departments, local authorities and public entities that provide services to the public on a cash basis. Banks and other payment service providers were also directed, under the RBZ Statement, to ensure that appropriate electronic payment systems such as card, POS, mobile and internet were made available to all businesses. It was also emphasized that all banks and payment service providers should actively participate in public awareness campaigns to encourage members of the public to adopt cashless means of transacting.

The rise of fintech in Zimbabwe

Zimbabwe’s recent history of hyperinflation and cash shortages, which culminated in the adoption of the USD, and the subsequent government-led drive for a cashless economy and technological advancements, have led to a rise in innovation in the mobile technology and digital financial services sectors in Zimbabwe, namely, the proliferation of various payment products, mobile banking services and digital insurance products which harness non-cash methods of transacting and utilization. The companies behind these innovations, commonly referred to as financial technology companies (fintechs), have thrived on servicing the Zimbabwean market which, starved for cash, is eager to embrace new ways of transacting and accessing financial services.

According to RBZ’s Press Statement on the Availability and Allocation of Foreign Exchange, KYC and CDD Requirements, Use of Plastic Money and Submission of Information by Producers supported by Statutory Instrument 64 of 2016 (the Statement) the success of fintech in Zimbabwe has become so pronounced that over 70 percent of retail payments in Zimbabwe are made through digital payment platforms. In order to keep up with the rapidly changing financial landscape, banks in Zimbabwe have partnered with fintech companies to offer digitalized payment services and solutions.

The largest counter on the Zimbabwe Stock Exchange (the ZSE) is Cassava Smart-Tech Zimbabwe Limited (CSZL), a financial technology solutions company with an opening market capitalization of over USD3 billion. The CSZL listing and opening value are an illustration of the importance and dominance of fintech providers in the Zimbabwean economy. With approximately 30 percent of the Zimbabwean population still excluded from the formal economy and with no access to cash, conventional banks or financial institutions, the opportunities for more fintech innovation are vast.

The GoZ has moved rapidly to recognize the changes brought on by this new financial technology and has come up with polices and legislation to regulate entry and participation in the digital payments sector. The National Payment Systems Act [Chapter 24:23] regulates the operation, regulation and supervision of systems for the clearing of payment instructions between financial institutions and matters connected to the provision of payment services. The RBZ also has a National Payment Systems Unit dedicated to the supervision of payment service providers and guidelines on how these service providers should operate. While there has been a response by the GoZ to the rise in financial technology and digital payment systems, it is still to be determined if these interventions are sufficient.

Significant gaps on disclosure requirements for financial services providers in Zimbabwe were also noted. Currently, there are limited regulatory requirements in relation to the information that needs to be disclosed to consumers of financial services regarding contractual terms and conditions. Furthermore, a comprehensive Consumer Protection Act is still to be introduced.

The lack of adequate financial consumer protection mechanisms has, according to the World Bank Review, hindered financial inclusion strategies as greater protection is directly proportionate to increased confidence and greater acceptance of new financial technology.

Ultimately, until the issues of a robust consumer protection framework and financial literacy are addressed, Zimbabwe will continue to hinder financial inclusion and the wider adoption of financial technology in Zimbabwe as a means of addressing cash shortages in the country. It is imperative that the private sector and the public sector work together to ensure that financial inclusion becomes a fundamental part of Zimbabwe’s economic growth strategy in the short to medium term in order to ensure long-term benefits.

In 2018 the GoZ introduced the Intermediated Money Transfer Tax of 2 percent on all electronic transactions within Zimbabwe (the IMTT) in terms of Statutory Instrument 205 of 2018. The aim of the IMTT, ostensibly, is to increase tax collection revenue and tax the informal sector, which concludes most of its transactions electronically, as these transactions previously fell outside the reach of the Zimbabwe Revenue Authority (ZIMRA). The impact of the IMTT is that 2 percent of the value of every electronic payment transaction (with a few exceptions) will be paid as tax to ZIMRA, thereby increasing the cost of transacting digitally.

The IMTT, while designed to increase tax revenue, also acts as a disincentive for the increased adoption of cashless methods of transacting, which has the potential result of further exacerbating the cash shortages in Zimbabwe as people will seek to avoid the IMTT and insist on conducting cash transactions. There is therefore a need to balance the competing interests of the revenue authority against the prevailing economic environment in Zimbabwe in order to arrive at a middle ground which achieves the dual result of collecting tax revenue, but also encouraging financial inclusion and the use of fintech in Zimbabwe.

The hyperinflationary period ending in 2008 ushered in a new era in financial transactions. Following from the cash shortages which characterized the post-Zimbabwe dollar era, Zimbabweans were forced to embrace new cashless forms of payment. These non-cash-based transactions led, ultimately, to rapid innovation in the financial technology sector and the emergence of a new generation of financial startups.

Notwithstanding the policy of financial inclusiveness and the subsequent rise in fintech providers, the GoZ has generally been slow to come up with the necessary legislative and policy framework to facilitate the success of a cashless economy. While laws and policies exist for the entry and participation of new players into the digital financial services sector, there is, however, inadequate consumer protection and general financial literacy required for full acceptance of these services. It has been recommended that in order to realize the benefits of the cashless economy, the GoZ must invest more in consumer protection and the financial literacy of its citizens.

Interventions by the GoZ in this sector have not always been beneficial. The IMTT, for instance, has resulted in the cost of transacting digitally becoming higher and possibly having a detrimental impact on the adoption of non-cash alternatives. In order to ensure that the interests of the public sector and private sector are catered for, it is crucial for the GoZ and the private sector, particularly fintech companies, to work together in a way that meaningfully allows for financial inclusion in Zimbabwe, while also addressing the country’s macroeconomic needs and helping to stimulate growth.

Ghana plans to buy oil with gold instead of US$

Enza Capital, Oikocredit and Partech Africa have co-led a $14m equity investment round in Djamo, a Y Combinator-backed fintech building...

Ghana plans to buy oil with gold instead of US$

Join 100,044 other subscribers.
No Result
View All Result