With this week’s Anadarko announcement of its latest sales agreement with Japan’s JERA and Taiwan’s CPC, the Mozambique LNG project has secure an impressive sales volume of 11.8 million metric tons of liquid natural gas well into the next decades (of a 12.8 million metric tons declared yearly capacity on its initial phase). These sales are firm, long term binding commitments that the company has signed with its clients. But above all, these sales make the project bankable even for the more conservative financier’s perspective.

But where is this gas going? As we can see in the chart below, the buyers of Mozambique LNG are spread around the world, but the bulk of sales is destined to Asian markets. 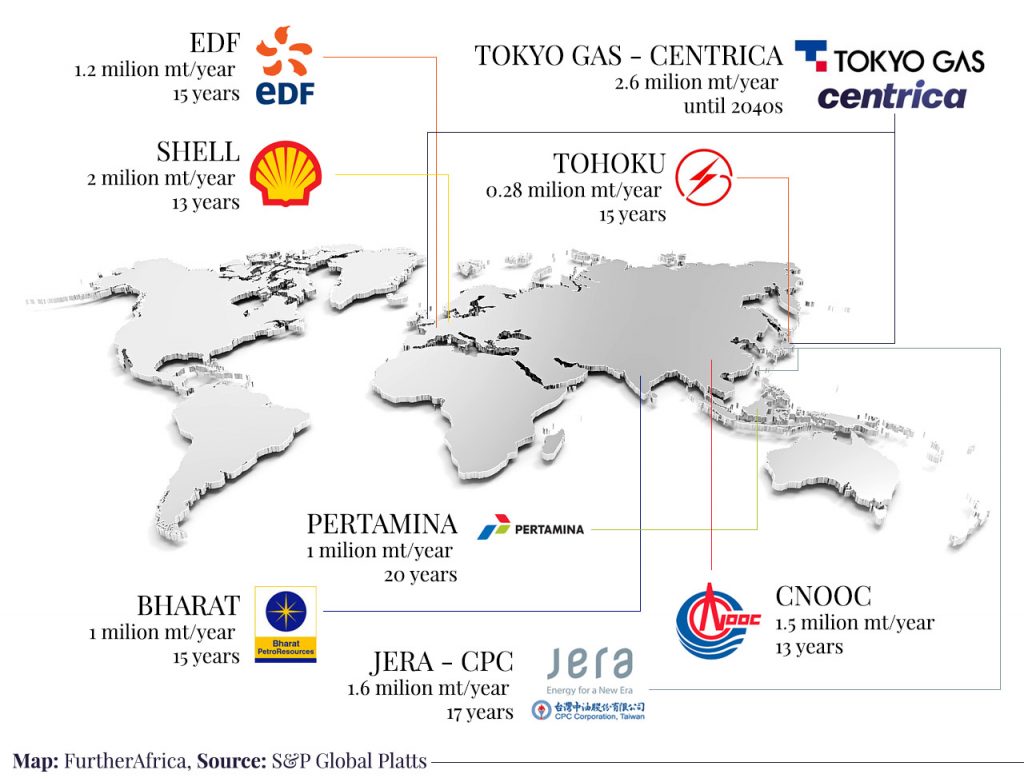 It comes as no surprise, as I’ve mentioned on one of my previous articles, that the takeover of Anadarko by Occidental (and as a consequence, the commitment of France’s Total to acquire its African assets), did not affect the development of the project – as confirmed by Andrew Seck, Anadarko vice president for marketing and shipping, last Monday (May 13th) at the Flame Conference in Amsterdam as reported by S&P.

Despite the fact that the project managed to sell over 90% of its initial yearly capacity, there are still positive perspectives well into the future. Other non-binding agreements are still being discussed and negotiated which can still be converted into future sales. For instance last June, one of the project’s shareholders, Thailand’s PTT, was looking to buy 2.6 million metric tons a year.

Anadarko is expected to announce the project Final Investment Decision (FID) on June 18.