On April, 15th 1958, Dr. Kwame Nkrumah, then prime minister of Ghana, hosted officials from Ethiopia, Liberia, Libya, Morocco, Sudan, Tunisia, Cameroon and The United Arab Republic (today’s Egypt) in a conference to celebrate and reinforce the will and the determination of the African people to free themselves from colonial powers. 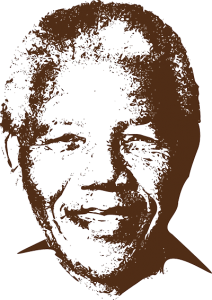 This was the very first time a meeting of this nature took place on African soil. The day the continent came together to establish an “African Freedom Day”. A day when thousands of representatives from Africa revolutionary organisations came together “to mark each year the onward progress of the liberation movement in Africa and to symbolise the determination of the people of Africa to free themselves from foreign domination and exploitation.”

Fifty-six years ago today, on 25 May 1963, thirty African nations would meet once again in Ethiopia, hosted by Emperor Haile Selassie. By that time over two-thirds of Africa had achieved independence. On that day, the world would witness the foundation of the Organisation of African Unity (OAU), with the initial aim to encourage the independence of Angola, Mozambique, South Africa and Southern Rhodesia.

They pledged to support the work conducted by freedom fighters, and remove military access to colonial nations. A charter was set out which sought to improve the living standards across member states. The charter was signed by all attendees on 26 May and Africa Freedom Day was renamed Africa Liberation Day.

Mozambique became independent on June 25th, 1975. November 11th that same year, Angola would follow. Four years later The Lancaster House Agreement and led to the creation and recognition of the Republic of Zimbabwe. But it wasn’t until April 27th 1994, when Mr. Nelson Mandela was elected president of South Africa that their vision would be completed.

In 2002, the OAU was replaced by the African Union. However, May 25th remained as Africa Day continued to begin celebration to the formation of the OAU.

“There is no easy walk to freedom anywhere and many of us will have to pass through the valley of the shadow of death again and again before we reach the mountain tops of our desires.”
Nelson Mandela*

On July 4-5th, the second edition of the EurAfrican Forum will take place in Portugal under the theme “Partnership of equals: sharing values, sharing prosperity” and it will bring together prominent Africans and Europeans to focus on equality. My aspirations is that events like this help to build a time when everyday is Africa day.

Happy Africa day,
from all of us at FurtherAfrica.com