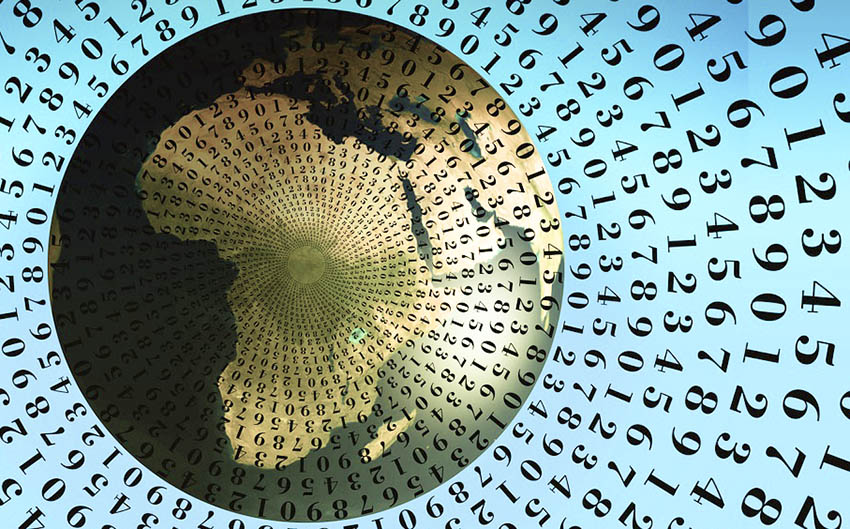 African start-ups raised a record USD725.6 million across 458 deals, with the start-up funding in the region almost quadrupling previous numbers.

But for Africa’s tech scene to truly thrive in the 21st century, it needs to quickly develop local digital skills and expertise.

The future looks bright for African tech but it rests in the hands of a young population that needs greater access to resources and training. This is according to Liquid Telecom’s ‘The African Digital Skills Report 2019’.

In Southern Africa, Zimbabwe has pockets of digital innovation with plans to close the skilling gap.

Despite facing some challenges in recent years, digital innovation and skills development is emerging in Zimbabwe. This is largely driven by private individuals and groups.

The government is also attempting to address skills development challenges and skills gaps following the finding by its 2018 National Critical Skills Audit that the country has a shortage of key skills especially in medical and health sciences, as well as engineering and technology skills.

Zimbabwe’s education is hailed as being among the best in Africa and the country is now reviewing tertiary education curricula to align with future needs and support ambitions to industrialise the country through science and technology by 2030.

In 2018, the government announced an allocation of USD15 million for the construction of innovation hubs in six universities and infrastructural overhaul of the Higher and Tertiary Education sector.

As part of an initiative by Group Chairman, Strive Masiyiwa, Liquid Telecom Zimbabwe is rolling out connectivity to the country’s universities and tertiary institutions.

This forms part of a commitment by Liquid Telecom to work with the government to improve access to digital education in Zimbabwe.

Large multinationals such as Facebook, SAP Africa, Microsoft and Google are also engaging with local organisations to train individuals, small businesses and tech entrepreneurs, with the support of the government.

Southern Africa’s biggest economy is planning to introduce e-learning in schools in a renewed effort to spur digital skills development across the country.

Seeking to fast-track South African progress to an Industry 4.0 environment, President Cyril Ramaphosa announced in his recent State of the Nation address that all school learners were to be equipped with tablets over the next six years.

He said, “Unless we adapt, unless we understand the nature of the profound change that is reshaping our world, and unless we readily embrace the opportunities it presents, the promise of our nation’s birth will forever remain unfulfilled.”

“To ensure that we effectively and with greater urgency harness technological change in pursuit of inclusive growth and social development, I have appointed a Presidential Commission on the 4th Industrial Revolution,” Ramaphosa added.

The commission will serve as a national overarching advisory mechanism on digital transformation, identifying and recommending policies, strategies and plans that will position South Africa as a globally competitive player within the digital revolution space.

He also highlighted efforts already underway to upskill small business, such as the Small Business Incubation Programme, which provides budding entrepreneurs with physical space, infrastructure and shared services, training in the use of new technologies and access to finance.

The future of work in South Africa

Ramaphosa who co-chairs the ILO Global Commission on the Future of Work says that rapid technological advances present both threats and opportunities.

“In the 20th century, we established that labour is not a commodity. In the 21st century, we must ensure it is not a robot,” Ramaphosa said.

“A strong lifelong learning system will enable workers to assume responsibility for their own learning and skills, will encourage them to take the time and risk to train, and help employers find the workers they need.”

South Africa has resolved to among other things, intensify the roll-out of ICTs for the development of the knowledge, skills and competencies for a changing world and the Fourth Industrial Revolution.

This is with a focus on the introduction of coding and robotics in the early years of schooling.

However, the 2019 national budget speech has raised questions about the resources available to implement such programmes.

Questions have also been raised about the scale of the government’s ambitions, and whether the country can come close to achieving them.

Late last year, the Deputy Minister for Telecommunications and Postal Services Stella Ndabeni-Abrahams said the department had committed to training one million young people to be data scientists between 2019 and 2030.

Adrian Schofield, Vice-Chairman, Standards & Accreditation Council at the International Professional Practice Partnership (IP3) at the International Federation for Information Processing (IFIP), says: “This may be a little optimistic. South Africa currently has only 500,000 – 600,000 people employed across all ICT practices, so to train a million people to be data scientists specifically, seems disproportionate, particularly when you consider that nobody has conclusively defined what it is to be a data scientist and that even graduates in the right fields would need somebody to train them to become adequate data scientists.”

He notes, for example, that South Africa ranks among the top 10 countries leading the digital transformation change required to compete in 21st-century economies, in the Dell Technologies Digital Transformation Index II.

As Africa’s leading industrialised nation, South Africa has been preparing for the Fourth Industrial Revolution for several years across various sectors of the private and public sectors.

Dr de Kock says: “It is an attractive and competitive attribute that we are seeing more South African private companies partnering with African countries to scale up digital skills training. All these initiatives are important because they facilitate the meaningful participation of Africans in the digital economy and empower them to do so on their own terms,” says Dr de Kock.

Zambia is fast-tracking ICT education but this is stymied by slow economic growth and the significant national debt.

Despite an unemployment rate of around 41 per cent, Zambia has set its sights on the emergence of a digital economy, new ‘Smart Zambia’ e-government systems and the fostering of a strong IT skills base for growth.

Zambia’s 7th National Development Plan (2017 – 2021) focuses on infrastructure expansion and education to support the country’s 2030 vision, which aims to create a knowledge-based society.

The plan is backed by a National ICT policy, which aims to support ICT sector development and infrastructure expansion, universal access, and enhanced science and technology in education, with ICT education from primary to tertiary level.

However, while theoretical ICT teaching has been rolled out to all schools, many schools are still reported to have no access to electricity or technologies.

This is hampering the practical component of the ICT-in-education programme.

To support ICT education, the Zambia ICT College has also launched a fast-track ICT degree programme, and last year enrolled over 1,000 teachers from government schools across the country.

In its quest for economic diversification and growth, Botswana recognises the need to stimulate the development of a digital economy.

During his inauguration last year, Botswana President Mokgweetsi Masisi noted that young people constituted 60 per cent of its 2.2 million strong population and committed to strategies to prepare them for the future through scaling up access to technical and vocational education and training opportunities, and the implementation of the country’s education sector strategic plan (2015-2020).

“These efforts are meant to improve the quality of our education system. My government will also continue to intensify and sharpen teacher training, re-training and retooling to build their capacity to adapt to the ever-changing education environment especially in the areas of information, communication and technology,” he said.

The government has also committed to promoting digitisation across both the public and private sectors, prioritising investment into research, science, technology and innovation, growing the domestic ICT sector and investing in infrastructural development projects including ICT and energy.

Schofield says: “Botswana, with a relatively small population and a solid education system, appears to have a more pragmatic approach to ICT skills development than neighbouring South Africa.”

But as is the case in many countries, implementation of high-level plans can be a slow process.

To date, much of the necessary digital skills development has been driven by the private sector with the support of the government.

Last year, SAP Africa worked with the Botswana government, schools and NGOs to build capacity in digital education through Train-the-Trainer workshops for over 1,000 teachers and youth.

Spearheaded by SAP CSR EMEA, Africa Code Week has trained 2,000 teachers and 27,000 youth in Botswana over the past two years and introduced coding skills to over 1.8 million young Africans across 35 countries to date.