Mozambique has 10% of its reserves in Chinese currency

The growing internationalisation of China’s currency strengthens Mozambique’s interest in making investments in yuan, said the governor of the Mozambican central bank at the 10th International Forum on Investment and Infrastructure Construction. 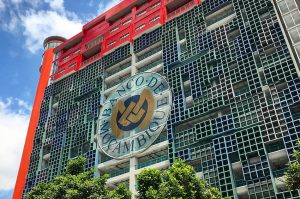 Rogério Lucas Zandamela said that 10% of his country’s foreign exchange reserves are denominated in the Chinese currency and stressed the increasingly dominant role that the yuan has been assuming as the international reserve currency.

The governor underlined his conviction that this trend will be strengthened with the “Belt and Road” initiative, an infrastructure construction project to link Asia to Europe and Africa.

The initiative “is a platform to promote the Chinese currency as a global currency through the modernisation of trade routes, with the development of infrastructure,” he said, quoted by Portuguese news agency Lusa.

“Notwithstanding this optimism, given the growing use of the yuan as an international reserve currency, we cannot lose sight of some of the risks and challenges associated with [its] use,” he warned, noting the risks associated with a likely worsening of trade tensions between China and the United States.

Zandamela said that one of the challenges for Mozambique is to grow the capital market, which is “relatively small and new” and added, “we can work with Macau to obtain more financing but also to develop the capital market.”

The 2019 edition of the forum was attended by more than 2,000 entrepreneurs, academics and politicians, including more than 50 leaders from 40 countries and regions, at an event promoted under the guidance of the Ministry of Commerce of the People’s Republic of China and the Government of Macau.

The IIICF included 36 parallel forums, exhibitions, project promotion seminars and contact exchanges, among other commercial negotiation activities, to drive cooperation between countries involved in the “Belt and Road” initiative.

Ethiopia has received 10 million doses of Sinopharm COVID-19 vaccines and syringe donations from China this week. The latest donation...