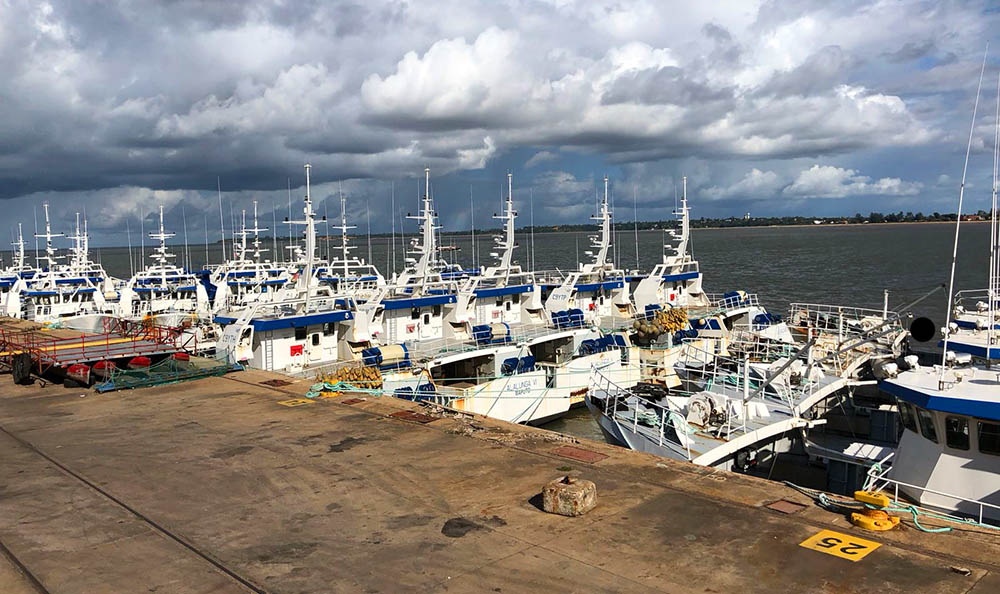 Mozambique’s Constitutional Council, the country’s highest body in matters of constitutional and electoral law, on Tuesday declared null and void all acts concerning the loan of 850 million US dollars contracted by the Mozambique Tuna Company (Ematum) in 2013.

[The full ruling, in Portuguese, is HERE.]

Also null and void “with all the legal consequences” is the loan guarantee issued by the government of the time, headed by President Armando Guebuza.

The Constitutional Council was reacting to requests from the various Mozambican NGOs including the Budgetary Monitoring Forum (FMO), from the ombudsman, Isaque Chande, and from a petition of 2,000 citizens all asking the Council to declare as unconstitutional and illegal the Ematum guarantee.

The Ematum loan entered the General State Account (CGE) of 2014, which was approved by a resolution of the country’s parliament, the Assembly of the Republic, in 2016. It was the article in this resolution covering the Ematum loan that the petitioners wanted the Council to declare illegal.

Opposition parties and much of civil society have argued consistently that by approving the 2014 CGE, the Assembly legalised the Ematum loan and its guarantee. The government retorted that the CGE merely stated a fact, that the loan guarantee existed. The Constitutional Council has now come down decisively against the government on this issue.

The loan took the form of the issue of 850 million dollars worth of bonds, issued by the banks Credit Suisse and VTB of Russia, on the European market. The proceeds were supposed to go towards purchasing fishing boats and other equipment for Ematum, and for coastal protection.

But the petitioners noted that this was not authorised by the Budget Law of 2013. That law set a ceiling of 183.5 million meticais (equivalent at the time to about five million dollars) on the loan guarantees that the government could legally issue. A guarantee for a loan of 850 million dollars smashed through that ceiling.

The CGE did not mention this ceiling, and by passing the resolution on the CGE, the petitioners argued, the Assembly was trying to validate acts that had always been null and void.

When the Constitutional Council asked the Assembly for its reaction to these charges, it claimed that the resolution approving the CGE was not a law but was “a political act”, and so lay outside the powers of the Council.

The Council rejected this attempt to limit its powers, and pointed out that the Assembly had already admitted that the government broke the 2013 budget law by guaranteeing a loan much higher than that covered by the ceiling on guarantees.

That meant the government had “a special duty” to request authorisation for the guarantee. This is because Article 179 of the Mozambican constitution states that such loans, covering a period of more than one financial year, can only be authorised by the Assembly. The Council thought it “indisputable” that the government had violated this article of the Constitution.

Furthermore, the Ematum loan and its guarantee were not mentioned in the 2013 budget, thus violating a basic principle of the law on state financial management which states that no expenditure can be authorised unless it is duly included in the budget. (The guaranteed loan counts as state expenditure because, if the company does not repay – as has happened – then the state becomes liable, and the guarantee adds to the state’s foreign debt).

The government, the Constitutional Council said, had “completely disrespected” both the Constitution and the law by contracting the Ematum debt. The loan and guarantee were thus null and void.

It is now clear that the Ministry of Economy and Finance acted recklessly by entering into negotiations with the Ematum bondholders before the Constitutional Council had given a ruling on the legality of the debt.

The latest agreement between the government and the bondholders is only five days old, but in the light of the Council’s ruling, it too could be regarded as invalid.

A Friday statement from the Ministry said it is anticipated that the bondholders will be invited to exchange their existing bonds for new bonds, for 900 million US dollars, with an accrual date of 15 July this year, and maturing on 15 September 2031. Annual interest will be five per cent up until 1 September 2023, and an extraordinary nine per cent from 2023 to 2031.

Under this agreement, Mozambique will pay the interest in arrears every six months, in March and September, starting in March 2020. The capital will be paid in eight equal six monthly instalments of 112.5 million dollars on 15 March and 15 September of the years 2028, 2029, 2030 and 2031.

But since the Constitutional Council has now declared the debt and its guarantee null and void “with all the legal consequences”, this agreement is not worth the paper it is written on.

Furthermore, the loans to Ematum, and to two other fraudulent companies, Proindicus and MAM (Mozambique Asset Management), are now the subject of lawsuits both in Maputo and in the United States. Key figures in the debts are under arrest, including Guebuza’s finance minister, Manuel Chang, who is under South African police custody, three former Credit Suisse directors and Jean Boustani, of the Abu Dhabi based company, Privinvest, which became the sole contractor for the three fake companies.

The US indictment, based on a million pages of bank statements, e-mails, transcripts of phone calls and other documents, makes it clear that Ematum was a fraud right from the start. It was cooked up by senior figures in Privinvest and Credit Suisse, and had nothing to do with Mozambique’s legitimate fishing needs. Instead, the project, according to the US indictment, was “a pretext to justify the maximum possible loan amount”.