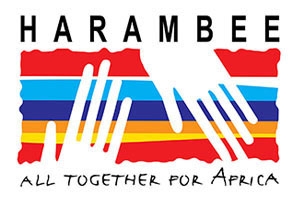 Access to financial services, such as savings accounts, credit and insurance, is said to be a key enabler of economic growth and a strong guarantor of financial independence and security for both families and individuals. However, by some estimates, less than 20% of African households have access to formal financial services.

Looked at positively, this makes Africa a very lucrative market for such services. While the sector has stagnated in the developed world, Africa is poised for growth. According to McKinsey, the continent’s retail banking sector is the second-most profitable, as well as the second-fastest growing, in the world.

Recognising this potential, multiple financial service providers have in recent years stepped up their efforts to reach more of Africa’s unbanked. Banks have opened branches at a rapid pace and enrolled more customers. To quote McKinsey again, the number of banked Africans grew from 170 million to 300 million between 2012 and 2017.

But this change cannot come fast enough. Between 2010 and 2018, the continent’s population grew from 1.04 billion to 1.32 billion, an increase of over 270 million. In short, population growth far outpaced the increase in the number of banked people, leaving the proportion of the unbanked largely unchanged. The population, on the other hand, is set to continue growing.

However, an exciting new front has been opened in the battle to bring financial access to more Africans. It is inspired, in large part, by the wild success of Mpesa, Kenya’s mobile money service, and others like it. They have convinced entrepreneurs of every mien that mobile phones, smart or not, have the potential to dramatically reduce the distance to financial services for most, if not all, Africans.

For this reason, fintech has become the most valuable and exciting portion of the African technology startup ecosystem. In this space, so many startups have sprouted in recent times that there is now one for nearly every financial service imaginable and using all kinds of technology.

Innovations include the use of mobile phones to deliver small loans to borrowers without bank accounts. Micro-lending, as the phenomenon is called, has become quite popular across the continent. Because the whole process can be handled over USSD short codes, a valid SIM card and a dumb phone are enough. The phone can even be shared. For those who have smartphones, more sophisticated apps are available, such as Branch and Tala in Kenya.

In their wake, many banks now offer mobile banking services too, bringing them in touch with users who would otherwise never reach them. It is now possible for an average African with a SIM card to save money and access loans at any time, without opening a bank account, and without ever seeing the inside of a banking hall.

Another major area of growth is remittances. According to some estimates, three times more money is transferred globally  through remittance than through official development aid. A big chunk of this money comes to Africa. Here too, established industry names like Western Union have been upended by a host of new startups.

The most famous and, going by the numbers, most successful example is Worldremit. It was started by Ismail Ahmed, a native of Somaliland who was studying in London and needed a convenient and affordable way to send money to his family. Existing agencies were clunky and expensive. They required physical visits, and charged exorbitant fees.

WorldRemit solved this with a mobile app that allows anyone, theoretically anywhere in the world, to send money to a mobile money account, bank account, cash collection point, or enjoy mobile phone airtime anywhere in the world. This makes it nimble enough to keep in touch with a child in school while on the fly, or get a sick relative emergency medical care, and handle a host of other situations the clunky old systems could not.

The company has received record levels of investment from abroad. After a financing round in 2017, it was valued at over USD 800 million. It may well have hit a billion by now. If “runaway success” does not describe WordlRemit, nothing can. It is encouraging, moreover, that others like Revolut and SimbaPay are in the fray.

Payments constitute the third major growth area in fintech. In many ways, it is the most dynamic and promising sector. Countless financial transactions are done by ordinary Africans, like everybody else, every day. People pay for groceries at the marketplace and for utilities at home. Employers pay wages. Parents pay school fees. Someone is always paying for something.

And here too, startups are abuzz with activity. One example is Beyonic, which works in Kenya and Uganda handling bulk payments using mobile money. The possible applications are obvious. A construction company, for instance, might use the service to pay casual workers at the end of the week, instead of moving large amounts of cash to hand out, exposing itself and the workers to the risk of robbery or other kinds of loss.

Paystack, a Nigerian startup, facilitates customer payments for merchants of all sizes. It has had great success in digitising a small part of the vast country’s financial transactions, but is staring at insanely large room for growth. In Harare, Zimbabwe (yes, even there) one can walk into literally any supermarket with only a mobile phone in hand and buy anything.

There are countless other startups and products that would fit comfortably in this article. However, it suffices to say that, if you think you have the solution to the problem of low access to financial services in Africa, it would be wise to first check if some brilliant African hasn’t already thought of it and started a small affair to bring it to the market.

Nonetheless, the sector could use a lot more investment. Regulators should also pay keen attention to it, with an eye simultaneously on keeping the innovation going and protecting consumers from scams and misuse of personal data. And consumers themselves should be adequately educated on the benefits they stand to gain by availing themselves of the services now screaming for their wallets.

That said, it will be interesting to see the consolidated data on the impact of this proliferation of financial service providers for the ordinary African.