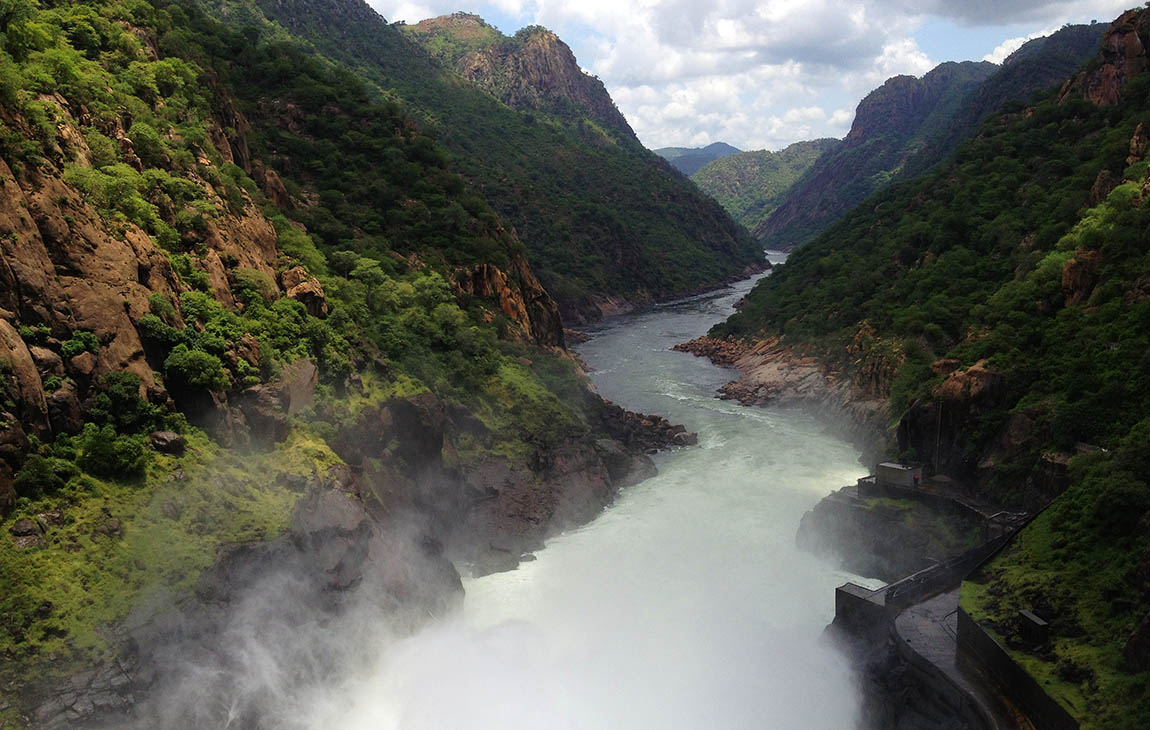 Zimbabwe has proposed reducing the flow of the Zambezi River in exchange for receiving discounted power from neighboring Mozambique, people familiar with the situation said.

The proposal would result in the closing of Zimbabwe’s Kariba South hydro plant, which would bolster critically low water levels in the world’s biggest man-made reservoir, said Zimbabwean government officials and a senior manager at the state power utility who asked not to be identified because the talks aren’t public.

The plan would also limit the flow into the already full Cahora Bassa dam in Mozambique, as water wouldn’t need to be pushed through the plant’s turbines, the people said.

Opening the flood gates at Cahora Bassa could inundate the low-lying Zambezi Delta on Mozambique’s coast. In return for limiting the river flow, Zimbabwe would want to be compensated with cheap power from Cahora Bassa, which has the capacity to produce 2,075 megawatts, the people said.

Kariba is 28.9% full, according the the Zimbabwe National Water Authority’s website.

The power plant on the south bank of the dam, which straddles Zimbabwe and Zambia, is producing just a third of its 1,050-megawatt capacity. Zimbabweans are currently experiencing power cuts of as long as 18 hours a day because ageing equipment at its power plants, which include thermal power stations, keeps breaking down and outstanding debts to utilities in South Africa and Mozambique have slashed imports.

Talks between Zimbabwean President Emmerson Mnangagwa and his Mozambican counterpart Filipe Nyusi began in June, and Zimbabwean Energy Minister Fortune Chasi will travel to the Mozambican capital, Maputo, to complete the arrangement when it is ready, the people said.

A board member at Hidroelectrica de Cahora Bassa SA, the company that operates the Mozambican plant, confirmed there has been an approach by Zimbabwe, declining to be identified as the matter hasn’t been discussed publicly. The company, which is state-controlled, would be wary about lowering prices as it also sells electricity to South Africa, which might have similar demands, he said. The company isn’t involved in active negotiations, he said.

Kariba Dam is 128 meters (420 feet) tall and 579 meters long and, when full, holds 181 cubic kilometers (43 cubic miles) of water, more than three times the capacity of Cahora Bassa and almost five times that of the Hoover Dam. Its wall is flanked by a carved stone statue of Nyaminyami, a snake-like river god believed to have been trapped in the dam when it was built. A flood that entombed the bodies of Italian and local workers in the concrete wall is blamed by the Tonga community on Nyaminyami.

Officials at Zimbabwe’s Energy Ministry and at Zesa Holdings Ltd., the state power utility, were said to be unavailable when their offices were called.

The proposed plan would not stop water flowing through turbines at the 1,080-megawatt Kariba North power plant on the Zambian side of Kariba Dam.