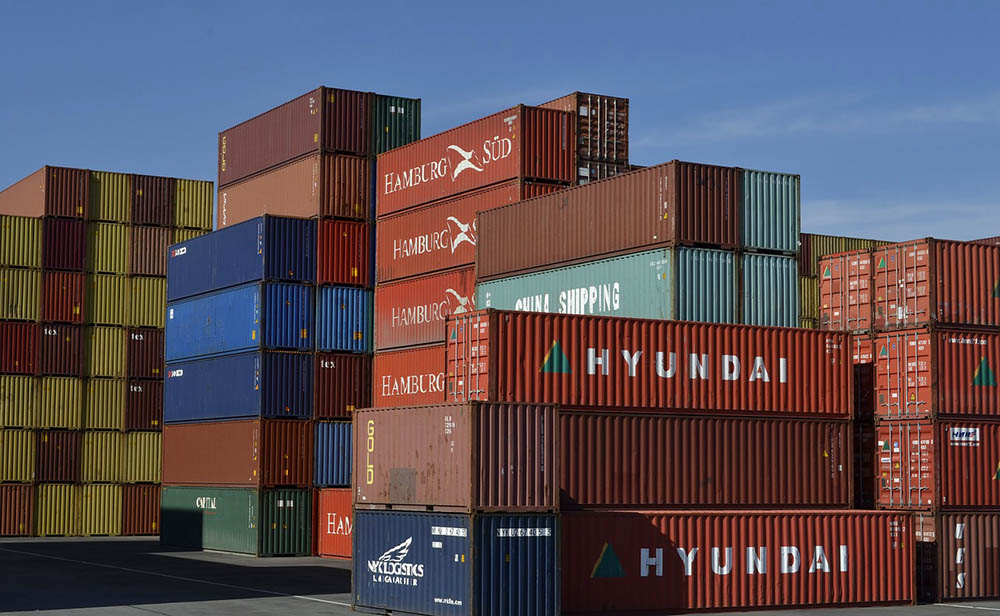 Kenya is going big on tapping the billions in the blue economy if the latest developments by government, in partnership with the private sector, are anything to go by.

In a spirited move to exploit the country’s maritime sector and the global ocean waters, the government has entered into a partnership with global logistics firm―Mediterranean Shipping Company (MSC), to revive the defunct Kenya National Shipping Line (KNSL).

This is a bold move being taken by the government noting that KNSL has been dormant for close to 22 years, after poor management sent it into debt and loss of business. Its collapse saw the country miss out on an untapped Ksh304 billion (US$2.9billion) business potential, an amount Kenyan importers spend on freight charges paid to foreign firms. The national shipping line was established in 1987 as the national carrier to handle containerized exports and imports freight cargo, to and from the ports of Kenya.

This was after the dissolution of the East African National Shipping Line which dates back to 1966, when Kenya, Tanzania, Uganda and Zambia jointly formed the entity, which, at its highest throughput, held a market share of approximately 11 percent. It was dissolved in 1980.

In the latest move, the Kenyan government has also entered into a strategic agreement with MSC to run the second container terminal at the Port of Mombasa.

The partnership is expected to facilitate growth of traffic throughput at the container terminal located at the Port of Mombasa to over one million TEUs, create 2,000 seafarer jobs and 1,500 sea-time training opportunities annually.

The Mediterrenean Shipping Company has also committed to create training opportunities for the youth and to provide about 3,000 jobs per year; and provide 1,500 sea time slots for Kenyan youth.

It is also important to note that because of the partnership with the Mediterranean Shipping Company, the Kenya National Shipping Line will gain access to more than 500 ports across the world.

We are, therefore, fortunate that, through this reinvigorated partnership, we can quickly grow our shipping capacity by riding on its wings,” President Kenyatta said in Mombasa where he commissioned the country’s premier maritime academy.

The government is confident the partnership will also enable the national shipping line to strengthen the cruise shipping sector, jump start tourism and coastal agriculture and agro-processing.

While there are huge opportunities for Kenyans to serve in foreign ships, Kenyans have for long lacked opportunities to get sea time, a prerequisite for serving on ships.

The second step the country has made is the commissioning of the Bandari Maritime Academy by the President on Monday.

Formerly ‘Bandari College’, the academy has been identified for accelerated development into a ‘Centre of Excellence’ in maritime training, research and skill development in the blue economy.

The academy is expected to become a top supplier of world class seafarers for shipping lines all over the world.

Transformation of the college into a centre of excellence in maritime training and research is envisaged to facilitate the country’s quest to reap maximum benefits from the blue economy sector, an agenda that the President has given undivided attention.

To enhance skills and ensure they meet the highest possible standards, the Bandari Maritime Academy will partner with the Kenya Utalii College, the Kisumu Maritime Center and establish twinning arrangements with the Mediterranean Shipping Company Training Academy in Naples, Italy.

The academy will be instrumental in bridging the global shortage of seafarers which is estimated to be in excess of 83,900 officers and 450,000 subordinates, cutting across cargo vessels, cruise ships among others.

“I am confident that the enhanced training will bring out the best in our talented young people,” the President said, tasking the management to build a Kenyan seafarer brand, with a vision of “placing a Kenyan on every shipping vessel sailing around the world.”

“For the seafarers we are flagging off today, I urge you to emulate the first cohort. You are Kenya’s ambassadors in the sea, we need you to help re-establish the reputation of Kenyan seafarers, as professional, trustworthy and hardworking. Such a reputation will attract more companies to recruit from Kenya,” the President noted.

The government is keen to maximize earnings from the country’s Exclusive Economic Zone (EEZ), mainly the fisheries sector. According to state organs, Kenya has an annual potential of 350,000 metric tonnes, capable of generating Ksh90 billion (US$877million). However, the country is only getting a paltry 9,134 metric tonnes worth Ksh2.4 billion (US$23.4million).

To boost the fishing industry, the President announced government plans to develop designated fishing ports at the coast, facilitate landing of fish by deep sea fishing vessels and finance aquaculture technology and innovation transfers. Kenya has 370 kilometers from the shore into the ocean, 600 kilometers of coastal length and about 10,700 square kilometers of navigable inland waters.

In general, it is estimated that the blue economy, if properly harnessed, has the potential to inject up to US$4.8 billion to Kenya’s economy and create over 52,000 jobs in the next 10 years.

To protect its waters, the country has continued to enhance patrols within its water bodies mainly the Indian Ocean.

This is through the Kenya Coast Guard Service (KCGS) launched by the President in November last year, tasked with securing Kenya’s territorial waters and protect the country from threats emanating from the sea.

Kenya has made new developments in its efforts to protect her territorial waters mainly the Indian Ocean. This is by formation of the new Kenya Coast Guard Service commissioned by President Uhuru Kenyatta on Monday. During the commissioning, President Kenyatta said the new KCGS will safeguard the country from Illegal, Unreported and Unregulated Fishing by foreign trawlers, smuggling of contrabands, trafficking and degradation of the marine ecosystem among other threats. The President further directed the recovery of all gazetted fish landing sites in Kenya and warned law breakers saying Kenya will arrest and prosecute those who violate the Kenya maritime laws.

“The Coast Guard Service has maintained daily patrols of Kenya’s waters to guard against illegal, unregulated and unreported fishing, provided safety to seafarers, and prevented drug smuggling and other illegal movement of people and goods,” the President noted.

With the latest developments, Kenya has sent a clear message that it is as a nation that is harnessing its ocean resources in a sustainable manner for the benefit of current and future generations.