Domestic passenger traffic grew by 17% during the first half of this year compared to the same period last year, according to information released last week by Aeroportos de Moçambique (AdM).

Minister of Transport and Communications Carlos Mesquita says that the numbers indicate the changes that the national air transport market has seen recently.

Despite the good results, Mesquita expressed concern about the company’s rising debt, apparent from the reports presented at the performance review meeting for the first six months of the current year. 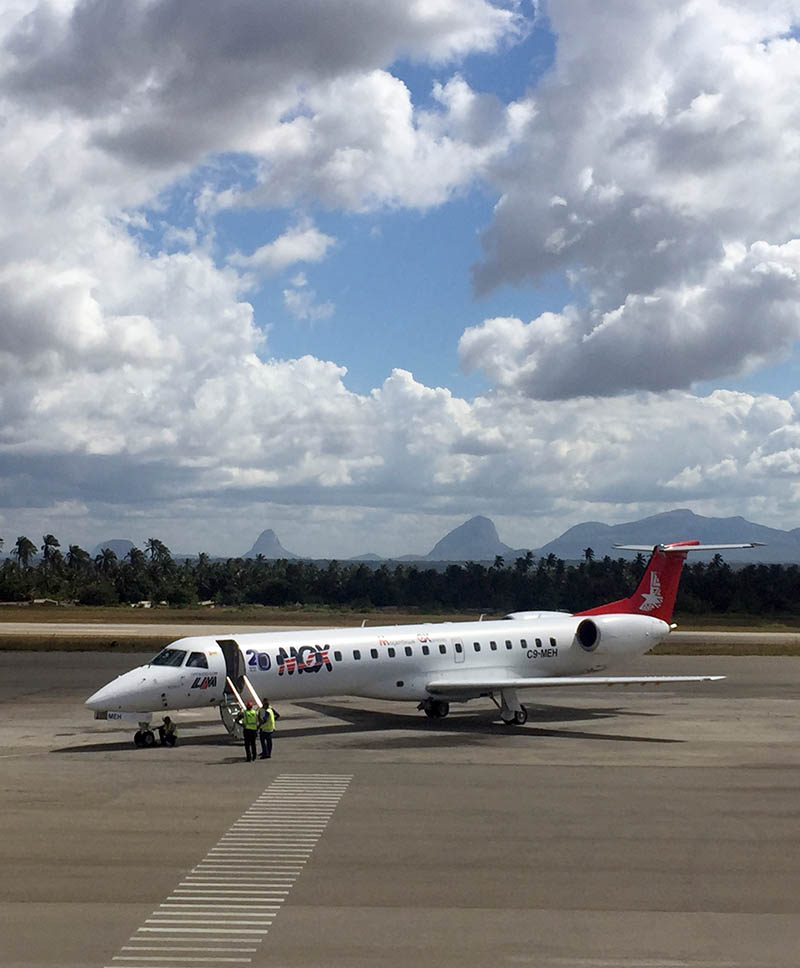 For Mesquita, AdM’s indebtedness should be addressed with the necessary responsibility, and the company should continue the ongoing efforts with partners to reschedule debt and fully comply with the commitments made.

“As a Government we will continue to provide the necessary support in this process, ensuring that the company remains stable, viable and sustainable to fulfil its mission in the development of Civil Aviation in Mozambique,” the minister said.

Carlos Mesquita encouraged the managers and staff of ADM to address the challenges facing the company optimistically, highlighting the improvement of maintenance plans, always favouring those of a preventive nature in order to guarantee the full operation of equipment and infrastructure.

According to the minister, the quality of services must also be improved at all levels, helping Mozambique remain a tourist destination of note.

Other challenges that must be faced include the improvement of the management of material and financial resources with transparency and necessary rationalisation, and training for the modernisation of services, among others.

In his speech, Mesquita mentioned the gains resulting from the liberalisation of Mozambican airspace and the entry of new operators in the domestic market, which had increased the number of passengers in 2018 to more than one million.

According to the minister, contrary to early pessimistic projections, “it is becoming clear that the entry of new operators shows that there is room for all.”

“The liberalisation of airspace has brought greater advantages to the air transport service, better alternatives and options for passengers and competition among operators, leading to a significant reduction in ticket costs, among other advantages,” he said.

Source: Noticias via Club of Mozambique

Angola: Nine oil blocks to be tendered in Namibe Basin

The role of government in securing FDI