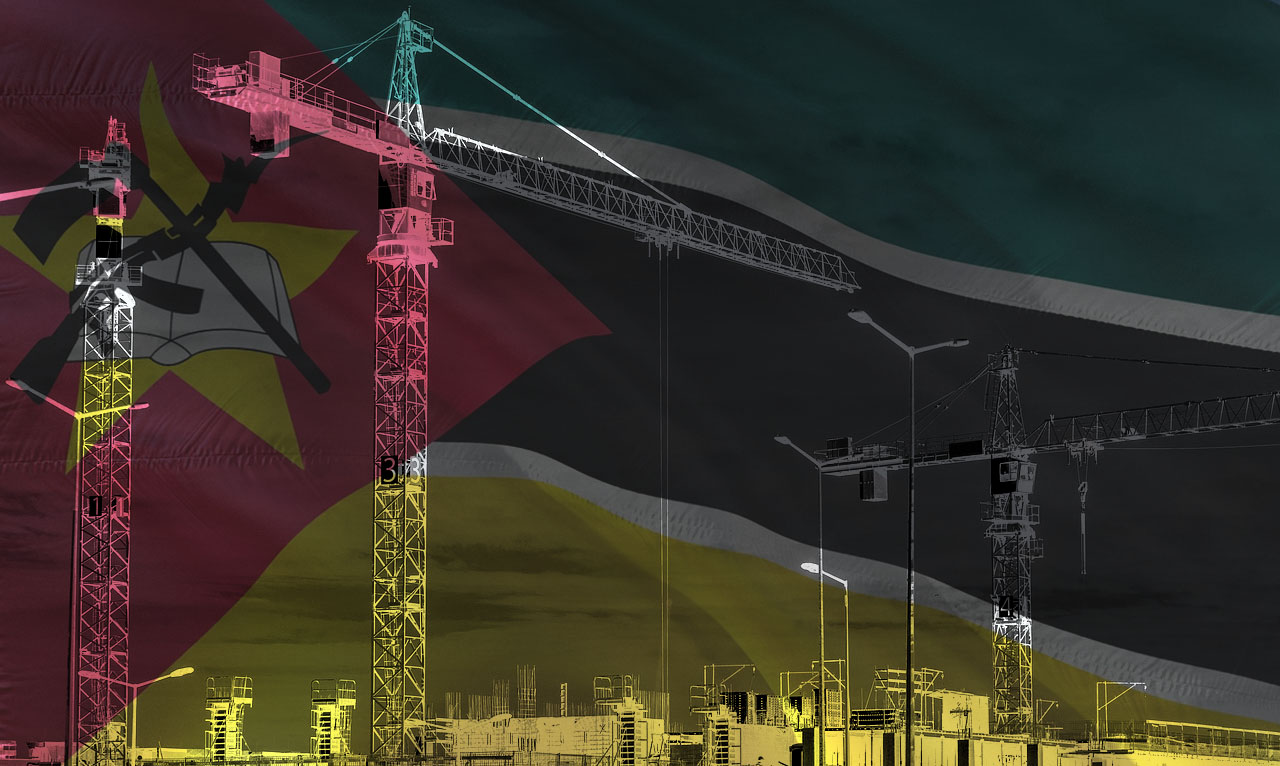 The widespread disruption of construction activities caused by the cyclones tragedy and by the constrains to the government’s budget (hidden debt crisis), have taken a tow in Mozambique’s growth forecast. The cyclones, have caused unprecedented damage from flooding and winds in the provinces of Manica, Sofala, Zambezia and in a staggering estimated 90% of the buildings in the city of Beira.

Although US$1.2B were commitment from international donors towards reconstruction, the figure is a far cry from the government’s estimated US$3.2B needed to restore infrastructure, housing and other buildings.

Three months after the fact, the damage caused to transport and energy infrastructure is still proving to be a major obstacle for all means of assistance in the region and construction of priority projects become more essential everyday.

According to an article released by Fitch Solutions, they expect “construction growth to accelerate as reconstruction efforts get underway, partly funded by international donors, while over the longer term growth will also be supported by progress on the country’s gas export infrastructure”.

There was already an expectation of acceleration in construction industry growth given the eminence of gas related FIDs in the country, which will see the beginning of works to build liquefied natural gas (LNG) export infrastructure. It is well known that a number of peripheral infrastructure will have to be built concurrent to these projects. From old road repairs to completely new roads, there is a wide range of projects that are not obvious but that are key even to the very start of the LNG works, due to its remote location (which means no pre-existing road access) and the sheer size of the projects themselves.

Although much of it will actually suffer from the government’s limited funding, a lot of these side projects are essential to the LNG players and were definitely considered as part of their budgets. Another important factor to remember is the additional fiscal income the government will be able to count with once ENI’s offshore Coral LNG terminal comes online in 2022.

The construction activity surrounding the gas projects alone represent the largest ever undertaken in Mozambique (and pretty much in the region if you don’t consider South Africa). In addition, there are other gas concessions underway, likely to become projects themselves within the next 5 to 10 years.

Although the local construction players are in somewhat of a excitement frenzy, they will realise sooner or later that their projected sector growth is larger then all of their capacities combined and as it always happens with such projects, international companies will play the leading roles.

While it became fairly common to hear from local industry players that they lack the capacity to meet Gas companies requirements, they must understand that this is a real opportunity.

I believe that local players have a golden chance to develop themselves. By initially teaming up with large international contractors (adding a mandatory local content element), it will be really up to them to ready themselves and become the key contractors in an industry that will flourish for years to come.

In my book there has never been a better time to be in the construction industry. Not only it is an opportunity in terms of business and development but ultimately a real chance to make an impact in the lives of thousands of Mozambicans who are in serious need of help.