As Mozambique enters the final stages of a process involving bribery allegations carried out during 2013-2014, the country releases a Memorandum destined to it’s Eurobond holders

Early 2019, Mozambique filled claims to a UK court requesting Credit Suisse, Privinvest and other companies to repay a value of US$727M. The claims contained a document with over 100 pages explaining the actions and all of the loans given either from Credit Suisse or the other companies mentioned in the memorandum. Mozambique’s case is that the loans were all part of a so-called “scheme”. The government also said it was deceived into restructuring $850 million supposedly of loan-participation notes in 2016 into the existing Eurobonds. 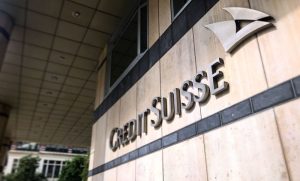 Mozambique has released a memorandum which seeks to convert Eurobonds due in 2023 into $900 million of notes maturing from 2028 to 2031. According to the memorandum sent to the bondholders the country is “claiming indemnification and/or contribution for any liability it may have to the holders of the existing notes and full cost of debt service and associated costs relating to the new bonds to be issued in the current debt-restructuring process.”

According to Bloomberg, Philippe Pinsolle, a lawyer at Quinn Emanuel Urquhart & Sullivan LLP, currently representing Privinvest, released a statement regarding the company’s position. “Privinvest denies any validity to the claim and the fact that English courts could have jurisdiction over it.”

In emails with Bloomberg, Professor of Law at Duke University, North Carolina, Mitu Gulati, states:”I don’t think that Mozambique can plausibly hope to get a court to order the defendants to service the bonds.” In later emails he also raises the point that Mozambique is just informing the bondholders of the legal actions, while the money may or may not be directed towards the Eurobond.

The situation is indeed a matter to be taken to court. Considering that two of Credit Suisse’s managers involved in the loans to Mozambique have plead guilty to bribery allegations. Andrew Pearse, one of Credit Suisse’s managers mentioned before, accused Privinvest CEO Iskandar Safa of being aware of bribery in the deals. Privinvest’s lawyers “loosely” estimates that during 2013-2014 an amount of $800 million.

Currently enrolled at NOVA School of Business Economics, Lucas spent most of his life in Angola and Mozambique. “It is a great pleasure writing to Further Africa. Having a young perspective and being able to travel across Africa helped me to see and comprehend development issues on the ground."