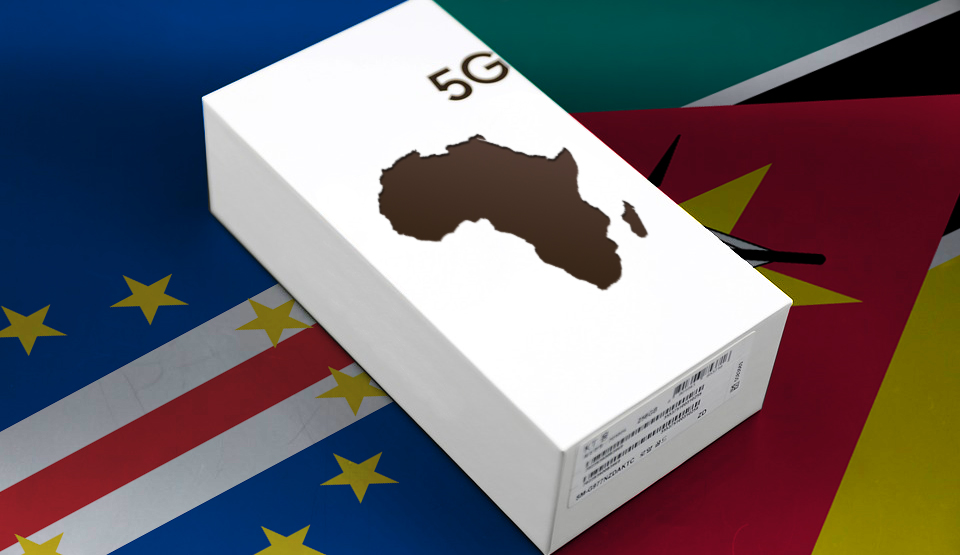 Chinese telecommunications group Huawei is involved in the launch of 4G and 5G mobile network technologies in Mozambique and Cabo Verde, which are expected to help boost the economies of both countries.

The chairman of Cabo Verde’s Multisector Economic Regulatory Agency (ARME), Isaías Barreto, announced last week that the archipelago will conduct a “pilot experiment” with 5G technology at the launch of the fourth-generation network (4G) and delivery of frequency usage rights certificates to both operators (CV Mobile and Unitel T+).

“5G networks will certainly also bring substantial bandwidth improvements, lower latency, with up to 100 times the speed of fourth-generation networks,” he said.

ARME, he said, is analysing on which Cape Verdean island this 5G pilot experiment will be conducted.

In July Cabo Verde became the first West African country to hold a conference on fifth-generation networks (5G), also organised by ARME in partnership with the Huawei group.

Barreto said at the time that ARME was conducting a study, in partnership with the Chinese group, that would give “important clues” and provide a “clearer view” on what technology should look like in Cabo Verde.

Cape Verdean Deputy Prime Minister and Finance Minister Olavo Correia said on the occasion that Cabo Verde wants to be among the first countries in Africa to introduce 5G technology.

Justifying the establishment of a medium-term strategic agreement with the Huawei group to make Cabo Verde a digital nation and to introduce 5G in the archipelago, in a phased, scheduled and progressive manner, Correia pointed to the lack of qualifications of the country’s workers in that area.

“This is the change the country needs. Speed, service proximity, efficiency and management transparency that this technology will allow. And we, the Government, want to make Cabo Verde a digital nation,” he said.

In Mozambique, Huawei, the world’s largest provider of network and telecommunications equipment, at the end of 2018 signed a memorandum of understanding with Mozambique Celular to be the Mozambican operator’s preferred partner and supplier, enabling modernisation of services with the use of state-of-the-art LTE 4G and 5G technology.

The agreement was signed by TDM-mcel chairman Mahomed Rafique Jusob and his Huawei counterpart during the China-Mozambique Seminar in Beijing, held at the same time as the China-Africa Cooperation Forum.

At the time, TDM-mcel’s chairman said the agreement is “an important step in the context of technological transformation and expansion, within the profit and development strategy of the telecommunications sector in Mozambique.”