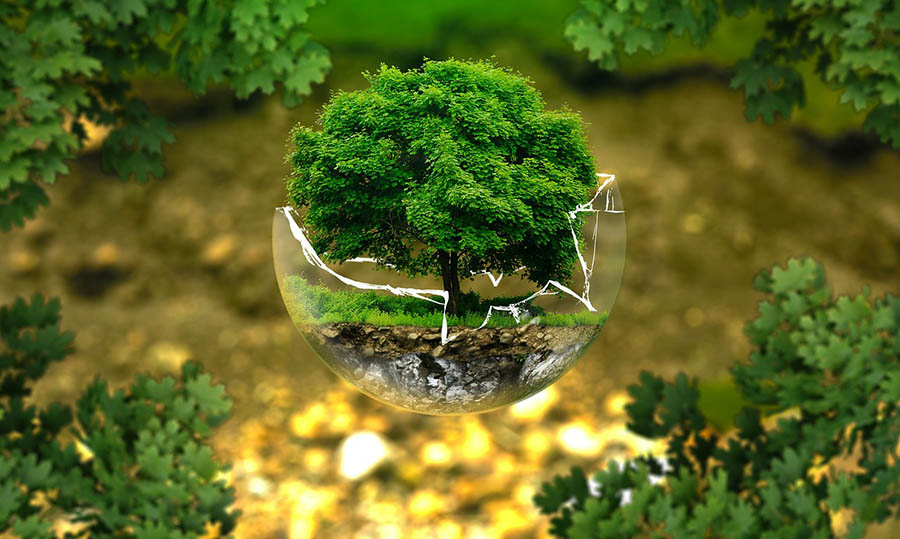 African leaders at the on-going 74th United Nations General Assembly have made climate change pledges in an effort to reduce its impact on the continent.

The leaders have also pledged to reduce gas emissions and increase the use of renewable energy in their respective nations.

Although the continent’s contribution to global greenhouse emissions is small (about 4% of the world’s total in 2017), African nations are among the countries most vulnerable to and least prepared for climate change.

In March this year, devastating cyclones hit Malawi, Mozambique and Zimbabwe, resulting in the deaths of thousands of people and destruction of crop lands and property. A drought, also attributed to climate change, is ravaging Southern Africa and millions of people across the region are in need of food aid.

The vulnerability of Africa to climate change is driven by a range of factors that includes weak adaptive capacity, high dependence on ecosystem goods for livelihoods, and crude agricultural production system. The risks of climate change on agricultural production, food security, water resources and ecosystem services would likely have severe consequence on lives and sustainable development prospects in Africa.

At the UN climate summit in New York this week, several African leaders highlighted their climate change pledges with the aim to save what is still left of the continent.

Namibia’s President Hage Geingob said the threat that climate change poses to the ocean was a common challenge that required collective action.

“Namibia is a member of the High-Level Panel for a Sustainable Ocean Economy and (on 23 September) we launched a Call to Ocean-Based Climate Action to bring to attention, the role a healthy ocean can play in addressing climate change.

“The Call to Ocean-Based Climate Action provides a pathway to a low carbon, climate resilient future that secures a healthy ocean and human wellbeing. We urge all actors to join and take action,” he said.

In line with this call, Namibia has committed an additional US$5 million towards ocean research and protection during 2019/2020 financial year.

This includes US$2.3 million to facilitate research on oceans, especially on fisheries stocks and marine ecosystem, and a further US$2.7 million to intensify the fight against illegal, unregulated and unreported fishing and improve ocean governance.

In addition, Namibia, Angola and South Africa, together with development partners, have committed US$3.8 million for maritime research activities under the Benguela Current Convention (BCC) for 2019/2020 financial year.

“Let us act together and with urgency, to ensure our ocean continues to support sustainable global climate. The livelihoods of our people and humanity depends on our collective ability to take urgent action to sustain our oceans,” Geingob said.

As a developing country, Lungu said Zambia needed assistance to enhance her capacity in key areas such as scientific research, early warning, rapid response, and transfer of appropriate technologies to help cope with the negative impact of climate change.

“Furthermore, scaling up global efforts in addressing climate change should invariably include the increased accessibility to financial support, particularly for countries with limited resources, to enable them make their fair contribution to this global effort, and also bear the general climate-change-induced cost burdens,” he said.

He added that the need to secure and promote the wildlife flora and fauna as an environmental good for ecological and socio-economic benefit cannot be overemphasised.

Democratic Republic of Congo president Felix Tshisekedi, whose country has the second largest rain- forest in the world, pledged to protect his country’s forests for the benefit of the generations to come.

“We will ensure that 63% of the country will remain under forest cover. Today, we also pledge to reduce emissions by 17% by 2030,” he said.

President Muhammadu Buhari of Nigeria – a country that has the most oil on the continent – said his country will develop vigorous action plans to change, including diversifying its energy sources.

He also said that his government would mobilise Nigerian youths towards planting 25 million trees to enhance Nigeria’s carbon sink.

A decade in and roughly 15% underway, the initiative is already bringing life back to Africa’s degraded landscapes at an unprecedented scale, providing food security, jobs and a reason to stay for the millions who live along its path.

The Great Green Wall is taking root in Africa’s Sahel region, at the southern edge of the Sahara desert – one of the poorest places on the planet.

More than anywhere else on earth, the Sahel is on the frontline of climate change and millions of locals are already facing its devastating impact. Persistent droughts, lack of food, conflicts over dwindling natural resources, and mass migration to Europe are just some of the many consequences.

The wall promises to be a compelling solution to the many urgent threats not only facing the African continent, but the global community as a whole – notably climate change, drought, famine, conflict and migration.

Once complete, the Great Green Wall will be the largest living structure on the planet, three times the size of the Great Barrier Reef.