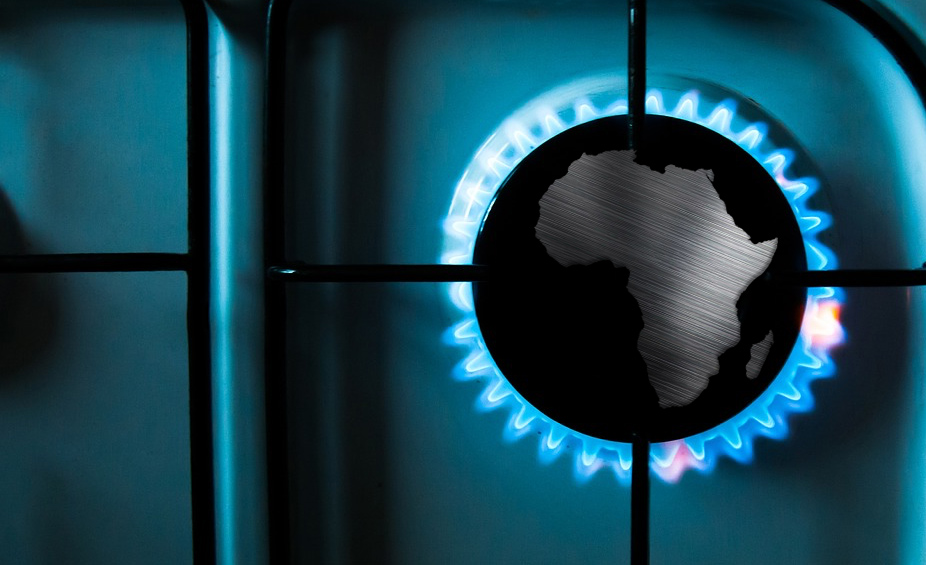 Although gas resources have been discovered in 14 countries, Nigeria accounts for 81 percent of proven reserves; the three LNG-exporting countries–Nigeria, Angola, and Equatorial Guinea–account for 92 percent. The huge undeveloped fields in Mozambique and Tanzania account for 62 percent of total contingent resources.

With the drop in global prices, the use of gas has become more attractive, and could replace more expensive fuel sources, thus reducing the cost of energy. With lower prices, African power sectors can become more solvent, businesses can thrive, and more people can have access to electricity. In addition, carbon emissions from natural gas usage is much lower than emissions from coal and oil-based fuels like kerosene, diesel, gasoline, and heating oil,

Following up on Anadarko’s surprising $25b USD investment in the natural gas market in Mozambique. Chevron’s President, Mike Wieth, made a new agreement with Angola Head of State, João Lourenço, ensuring the company’s presence in the Angolan natural gas market.  In Angola, Chevron is the biggest employer in terms of foreign oil companies, with 90% of the companies employees being Angolan citizens. The company’s daily natural gas production in Angola is approximately 308m ft³, according to 2018 data. Currently, through its subsidiary firm, Cabinda Gulf Oil Company Ltd, Chevron explores resources in two concession areas, namely Block Zero in Cabinda and Block 14 out in the sea. The company also plays a large row in the liquified gas market, participating in deals with Angola LNG. Angola LNG roughly yields 6.2m metric tonnes of liquified gas.

The Italian multinational Eni, has announced late August the discovery of a major gas field on the coast of Nigeria in the Niger Delta. This field was discovered as part of the company’s drilling campaign in the Niger Delta and is estimated to contain approximately one trillion cubic feet of gas. Unlike Eni’s two other giant gas fields, this discovery is located onshore. This offers a few advantages for the company, especially when it comes to development time. Eni states that it will be able to put this new field into production “immediately,” which contrasts with the multi-year development times that we have seen with the company’s massive offshore fields. With that said, it is not sure exactly what the company’s timeline for “immediate” is here and it still could easily be several months or even a year before we see meaningful production from this discovery.

The field should have a noticeable impact on Eni’s production numbers once it is operational. This is because the well that discovered the field by itself should be able to produce about 100m ft³ of natural gas per day. Presumably, the company could also drill additional wells into this field to get the production numbers up further. While 100m ft³ may sound like a lot, in reality, it is only about 1% of the 9.2b ft³ per day average production that Eni had in Nigeria last year. A 1% increase is still an increase, though, and it is beneficial to the company’s financial performance.

Eni also has concesion over some other natural gas fields in Sub Saharan Africa, most notably the Mamba fields off the coast of Mozambique. The Mamba North and Mamba South gas fields located about 23 km apart in the Rovuma Basin off the shore of Mozambique. As these two fields are so close together, that some Eni analysts consider the chance of a union between them. The Mamba North field has total proven reserves of about 15t ft³ and Mamba South contains about the same. That estimate is at about 30t ft³ between them, which is easily enough to make this one of the most natural gas-rich provinces in the world. These two fields were discovered in 2011-2012 and Eni quickly started work on bringing them to a production state. This project also brought alongside Exxon Mobil, whom are constructing a liquefied natural gas plant to facilitate the export of natural gas to Asia.