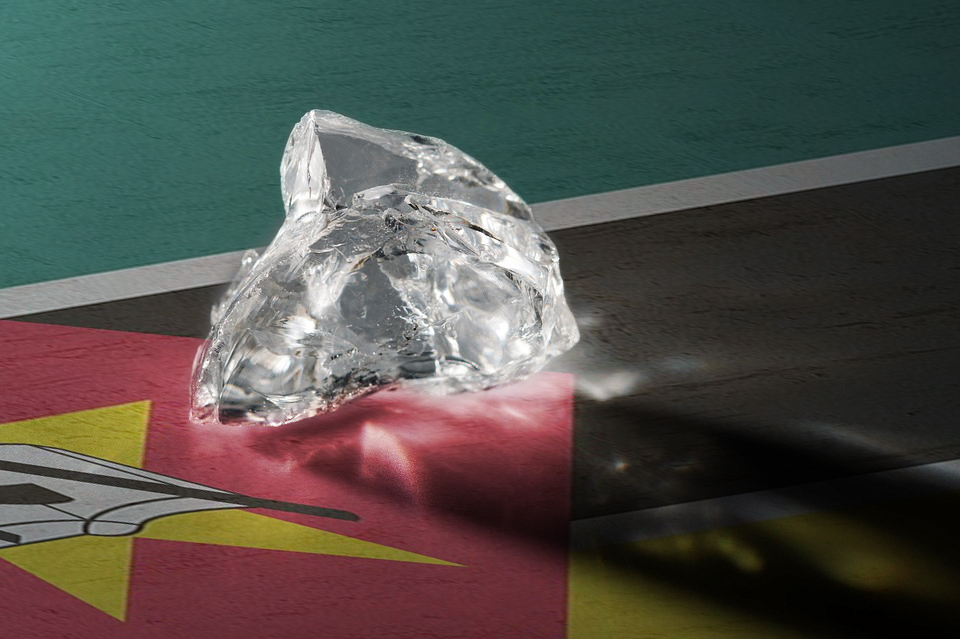 The world’s largest diamond mining, processing and trading company believes that Mozambique may be diamond-rich. So said Sergey Ivanov, chairman of the Russian leading diamond producer Alrosa after a meeting President Filipe Nyusi on the sidelines of the Russia-Africa summit in Sochi.

Ivanov said his company would send a team of geologists to Mozambique later this year, to start prospecting for diamonds on the border with Zimbabwe, where Alrosa has been operating for some years.

However, the conversation with the Mozambican president had convinced the company to broaden its search beyond the border area.

“We were thinking of focusing on the areas bordering Zimbabwe, but President Nyusi advised us to look beyond these areas. Our team will travel to Mozambique later this year, and our geologists will discuss possible areas of cooperation with the Ministry of Mines. We strongly believe that Mozambique could be rich in diamonds which, once sold, would bring great benefit to the people of Mozambique,” Ivanov said.

Mozambique wants Russian support in joining the Kimberley Process, which allows diamonds to be sold on the international market, which support is already virtually guaranteed.

Alrosa accounts for 27% of the world’s diamond market. Worth about US$7 billion, it has 40,000 workers and is controlled by the Russian state.

For Russians, the future lies in Africa

Vladimir Putin is convinced that by 2050 any nation that wants to remain prosperous must do business with the African continent. According to Russian experts cited by Putin, the continent’s economy is worth US$29 trillion dollars. This was the justification given by the Russian leader to the summit he opened yesterday in Sochi, which brings together 43 African Heads of State and Government, including the Mozambique’s President Filipe Nyusi and the Russian president. A further 11 African countries are represented at levels below heads of state and government.

The event began with an Economic Forum bringing together heads of state and over 2,000 Russian and African businesspeople. Vladimir Putin and Abdel Fatah Al-Sisi, President of Egypt and the African Union opened the session, President Putin saying that his country was currently diversifying the range of products it trades with Africa.

If before the business was dominated by the sale of military equipment, nowadays there are several types of products, especially food.

According to Vladimir Putin, Russia has exported more than US$15 billion in arms and food in recent years. The total amount is around US$25 billion, demonstrating the great potential of his country’s economy. Egypt has recently been the main destination for Russian food exports, but the challenge now is to reach new markets.

Trade between the African continent and Russia over the past five years has been worth US$20 billion, but both Africans and Russians think this is comparatively little and can easily be expanded. To this end, President of Egypt and acting president of the African Union Al-Sisi said it was essential to invest in Africa human capital – over 60% of the workforce is under the age of 29 – and also in women. Only then will the ‘Black Continent’ achieve the goals set by Agenda 2069 and lift itself out of poverty.

Sochi summit has as its motto “Peace, Security and Development”, with Russian companies exhibiting products with an emphasis on heavy civil and military machines using state-of-the-art technology.

Visiting the exhibition, President Filipe Nyusi clarified that his aim was not only to buy but to see what solutions exist for defence and security forces to guarantee the integrity and sovereignty of Mozambique, one of the great challenges currently facing the country.