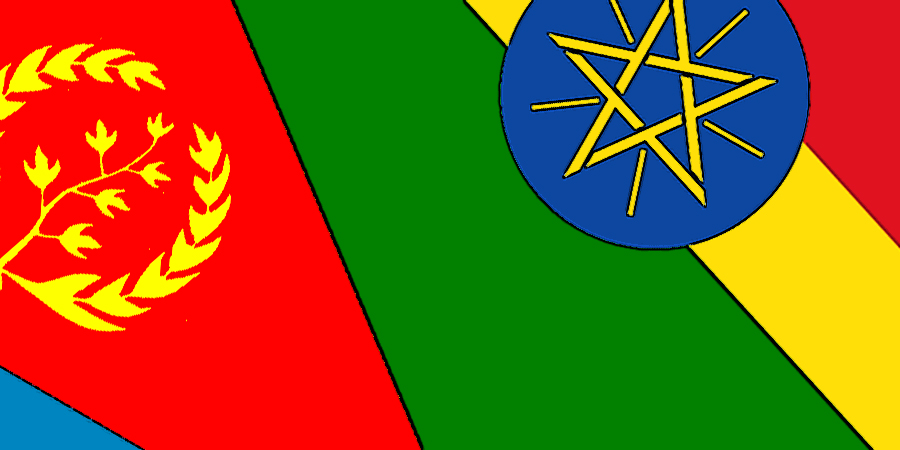 The leaders of Ethiopia and Eritrea have committed to launching a comprehensive co-operation and practical measures as of next year aiming at extricating the peoples the two neighboring states out of poverty.

The leaders’ commitment comes as the Eritrean President Isaias Afeworki wrapped up his two days visit to Ethiopia where along with Ethiopian Prime Minister Abiy Ahmed laid a foundation stone for the construction of a new Eritrean Embassy building in Addis Ababa.

“We are very pleased to provide this plot of land for the construction Eritrean Embassy building in Addis Ababa as a Christmas gift to President Isaias Afeworki and his delegation as well as to the honorable people of Eritrea,” Prime Minister Abiy Ahmed said.

Ethiopians love and respect you and the people of Eritrea and I call upon the people of the two nations to work together for common prosperity and relieve themselves from handouts, Abiy added.

After the two horn African nations ended their two-decade enmity mid last year, the leaders of both countries have drifted elsewhere. The multifaceted agreements that the two countries signed last year were not implemented and the relations between the two countries were reportedly stalled to the point that Eritrea closed the borders again. Meanwhile, Ethiopia has been caught up in increasingly complex and bloody ethnic conflicts that have driven more than a million people from their homes.

Following the peace agreement, thousands of families who were separated during the years of hostility have reunited. The two countries have reopened their respective embassies in Asmara and Addis Ababa. Telephone lines between the two countries were reactivated and aviation links restarted.

“I had a fruitful discussion with Prime Minister Abiy Ahmed and that was followed by string surprises. We will hard to compensate for the lost three decades to the benefit of the peoples of two countries,” President Isaias said.

“The Ethiopian and Eritrean people were isolated from each other for no obvious reason, we are very committed to work together. By using these renewed relations as a good opportunity, we are ready to start revamping the relation just next year. Nothing will stop us,” Isaias added.

Prime Minister Abiy Ahmed stated that the construction of the embassy will further cement the diplomatic ties between the two countries. “We have agreed to collaborate on economic, infrastructure development, agriculture, agro-industry, and manufacturing sectors, Abiy added.