Warning: getimagesize(https://furtherafrica.com/content-files/uploads/2020/01/economy_grow_900.jpg): failed to open stream: HTTP request failed! HTTP/1.1 403 Forbidden in /home/furtherm/public_html/furtherafrica/content-files/plugins/blog2social/includes/Meta.php on line 215
 From Angola to Zambia: The 10 African markets to watch in 2020 - FurtherAfrica
Skip to content 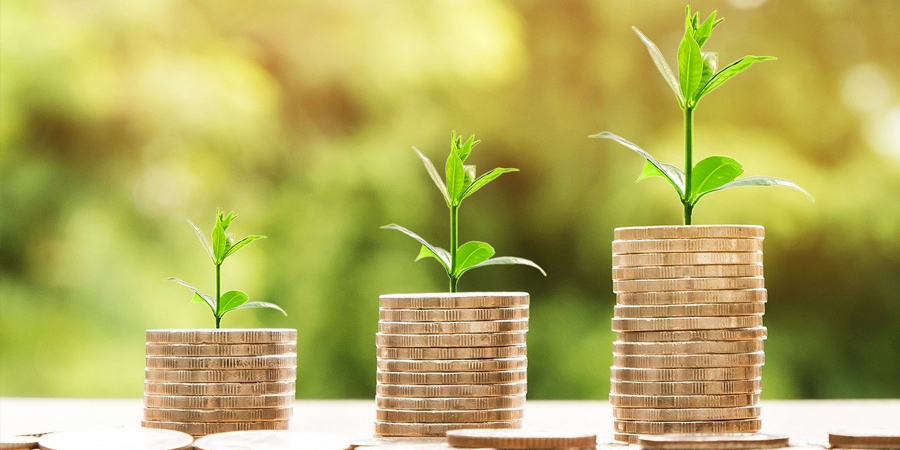 Global bond traders who ventured into Africa this year have reaped rich rewards. The continent’s sovereign dollar debt has generated total returns of 20% since the start of 2019, more than any other region in emerging markets.

Local bonds have also performed strongly. Egyptian pound and Nigerian Naira bonds each returned more than 30% in dollar terms. If the world’s major central banks remain dovish in 2020, that should sustain a dash for higher yields in emerging markets and mean that African bonds remain in hot demand.

The extra yield investors get when buying sovereign dollar bonds in Africa rather than US Treasuries has narrowed almost 100 basis points this year, according to J.P. Morgan Chase & Co.’s indexes. Still, at 461 basis points, that spread remains the highest of any emerging-market region and double that of Eastern Europe.

Africa is a “land of opportunity” and could be one of the main beneficiaries if the US and China make more progress on trade talks, said Bank of America strategists including London-based David Hauner. But investors face plenty of potential risks in 2020. South Africa could lose its last investment-grade rating, Ghana’s government might ramp up spending ahead of elections, Zambia’s debt crisis could spiral out of control and Nigeria may be forced to devalue its currency.

Here’s what to watch for in 10 key markets.

Africa’s second-biggest oil producer is still reeling from a crash in crude prices five years ago. The economy will contract for a fourth straight year in 2019, the International Monetary Fund said. Still, investors have been impressed by the central bank’s reforms, including the devaluation of the kwanza. Its fall of 32% this year against the dollar — only Argentina’s peso has weakened more — has increased inflationary pressure. But it’s also eased a shortage of foreign exchange that was crippling businesses.

Egypt remains a favourite among portfolio investors. Carry traders, attracted by yields of around 14% on pound bonds, have flocked to the Arab nation. The currency has rallied 12% this year, its best performance in at least 25 years — and Societe Generale SA forecasts it will gain another 4.5% to 15.35 per dollar in 2020. But the reforms of President Abdel-Fattah El-Sisi are yet to translate into the foreign direct investment and jobs that Egypt badly needs. Aware of that, investors will watch to see if there’s any repeat of the anti-government protests in September that briefly rocked local markets.

The Horn-of-Africa nation remains one of the fastest-growing economies in the world. But that masks deep problems: inflation has accelerated to more than 20% and shortages of foreign exchange are acute. Prime Minister Abiy Ahmed, the Nobel Peace Prize winner, recently turned to the IMF for a $2.9 billion, three-year loan. Investors welcomed the move, which should speed up plans to open up and modernise the state-controlled economy. The central bank has already started to weaken the overvalued birr, which had been largely pegged to the dollar. “This IMF deal is one of the biggest ideological shifts I’ve seen in Africa this decade,” said Charlie Robertson, Renaissance Capital’s London-based chief economist.

West Africa’s second-biggest economy holds general elections in late 2020, with President Nana Akufo-Addo probably seeking a second term. The country has a history of fiscal profligacy in the run-up to polls and investors will watch whether the government is more cautious this time. The cedi has been under pressure and fell to a record low this month. But Renaissance Capital, which recommends that clients buy Ghana’s Eurobonds, says it is now one of Africa’s most undervalued currencies.

The Francophone country is set to hold a general election in October. Many analysts hoped it would mark a transition to a younger generation of leaders. But there’s a chance it will be a contest between President Alassane Ouattara, who came to power in 2011, and his long-time rivals Henri Konan Bedie and Laurent Gbagbo. If so, “the country risks slipping back into the political turmoil it seemed to have escaped barely 10 years ago,” said Teneo Intelligence analysts Anne Fruhauf and Malte Liewerscheidt.

Kenya’s economy is forecast to grow 5.8% next year, making it one of Africa’s most buoyant nations. Bank of America says the removal of a cap on interest rates in November is a further reason for optimism and should help the government obtain a standby loan from the IMF. Key to the East African country’s longer-term prospects will be whether it can rein in the budget deficit. Forecast to be 6.6% of gross domestic product this year, it’s one of the widest in sub-Saharan Africa.

Mozambique completed a debt restructuring in October that had dragged on since it defaulted on $727 million of Eurobonds in early 2017. That should pave the way for the government to raise the funding it needs for its portion of multi-billion-dollar gas projects. Once they’re finished, the impoverished southern African country is set to become a major exporter of liquefied natural gas.

Nigeria’s status as one of the world’s best carry trades will probably last as long as central bank Governor Godwin Emefiele keeps the naira stable. That’s becoming harder, with Nigerian foreign reserves having dropped 14% to $39 billion since July. Emefiele’s signalled he’ll let them fall a lot further before loosening his grip on the currency, which barely budges. Fiscal authorities, meanwhile, will try to boost an economy that’s been growing more slowly than the population for the past five years.

Portfolio investors have exited South Africa en masse this year, pulling a net $10 billion from its stock and local-bond markets, according to data from the Johannesburg Stock Exchange. They’ve been concerned by the deepening crisis at state-owned power company Eskom, which can’t service its $30 billion of debts without government support, and the increasing chance that Moody’s Investors Service will cut South Africa’s final investment-grade rating to junk. But if President Cyril Ramaphosa makes headway in reforming Eskom, investors will probably be quick to come back. Bank of America and Goldman Sachs Group both say its inflation-adjusted bond yields are attractive and the central bank has room to cut interest rates.

Zambia’s economy has worsened this year, the latest problems being severe drought and electricity outages. The copper producer’s dollar-bond yields trade at almost 20%, suggesting investors see a high risk of default. The government still has some time on its hands — its next Eurobonds don’t mature until September 2022. But many analysts believe it will struggle to avoid a restructuring unless it quickly gets debt relief on loans from China and a bailout from the IMF. President Edgar Lungu has so far seemed reluctant to accept the conditions that would come with a loan from the Washington-based lender.