Africa needs its own early childhood education and care 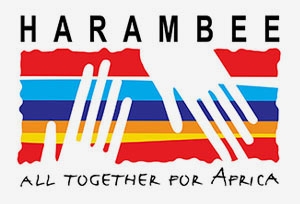 African cultural wisdom about child development and good parenting can and should contribute to building local relevance, trust and excellence in early childhood education and care (ECEC). But the current surge of ECEC programming on the continent pays little attention to that indigenous wisdom, preferring to “roll out” a package of Western practices in a way that is reminiscent of the missionary and colonial past.

Research in many African societies has found that indigenous child-rearing practices are rooted in the view that “intelligence” is broader than the Euro-American psychometric concept emphasised in many school curricula. Incorporating that perspective into ECEC programming would generate innovations that could also be relevant in the global north.

However, failure to re-evaluate the current roll-out model in African countries risks turning ECEC into an expensive failure, with children missing out on learning and becoming immersed too soon in English or French medium teaching, thus hindering their long-term development.

Strengths of child development in Africa

The case for “Africanising” ECEC springs from three arguments.

The first highlights research into the values and strengths embedded in the context of child development in rural African communities and shows the potential benefits of incorporating those values and strengths into ECEC. Widely recognised features of that context are a rich repertoire of stories, music and dance, and frequent engagement of children and adolescents in the nurturant care of younger siblings.

The second argument concerns scepticism among many African parents about – and hence resistance to – ECEC practices that focus on mother-child interaction through didactic play, commonplace in middle-class Western families but alien to many low-income African families. Studies of children’s play in Africa show that adults are generally excluded. The benefits of guided play for early childhood development are therefore more likely to be appreciated by African parents if ECEC programmes assign a guiding role to older children.

The third argument concerns an additional impact of parents seeing ECEC as having little in common with home life. This view of ECEC as a foreign import and related to the modern, technological world often leads African parents (especially in urban areas) to press for the nation’s “language of power” (English or French) to be the medium of instruction, supposedly giving their children a “head start” in that “modern” world.

However, research across many different nations clearly demonstrates that accelerated introduction to a second language is unhelpful to most children: home languages are much more appropriate for early literacy and numeracy learning. That’s why many African governments have introduced a policy of using the “mother tongue” or a familiar local language as medium of instruction in the first few grades of primary school.

Moreover, using a locally familiar indigenous language in ECEC opens the children’s access to stories and songs which are known to the community’s adults, enabling them to participate more readily in implementation of the curriculum.

My research with colleagues in Zambia throws light on opportunities for innovation in African ECEC that could make it more relevant, successful, acceptable and affordable. In the northern Zambian town of Mpika, pre-adolescent children in primary school, who would typically take care of younger siblings at home, were assigned by a group of innovative class teachers to study the growth chart printed on the standard health record card kept at home for a sibling or a neighbour’s child, aged under five years.

Each primary school learner escorted his or her “adopted” under-five child to the local clinic where they learned how the chart was updated. In class they learned how to interpret the young child’s growth curve plotted on the chart, and they were taught about the nutritional care of young children, including oral rehydration using fluids, sugar and salt to treat diarrhoea.

ECEC project work both in the classroom and outside was organised in study teams. This promoted cooperative learning as students co-constructed solutions to problems assigned by their teacher – a departure from the teacher-directed, individual learning typically practiced in primary and secondary schools.

In our case-study of the Mpika initiative, we found that many parents of children enrolled in classes using this child-to-child approach considered it a natural and welcome extension of a practice embedded in Bemba culture that they used with their children at home and had experienced themselves as children in an earlier generation.

Later, we followed up with these children as adolescents in ninth grade and again as adults, 14 years after their participation in the ECEC project. We found that those enrolled in the child-to-child project classes had a higher success rate in the public exam for admission into secondary school, compared with children enrolled in other classes at the same school.

As adults in their early 20s, these young people spoke about how they had enjoyed their primary education and said they regretted that the cooperative learning with peers, which they experienced in the Mpika project, was later discouraged at secondary school. Several of the young men, now fathers, said that the experience had taught them about egalitarian participation of men and women in domestic life, inspiring their own commitment to be more hands-on in raising their own children.

The Mpika Child-to-Child ECEC initiative was adopted as a national model in Zambia for about a decade but then upstaged by other programmes, and it has not been sustained.

Another Child-to-Child ECEC initiative was launched, with UNICEF support, in Ethiopia; it focussed more on the benefits to younger children. The primary school children were trained and deployed, with some support, to conduct pre-literacy activities for the younger children at weekends in their home villages. The Ethiopian ECEC evaluation found a measurable improvement in the learning readiness of these younger children when they began school, and some suggestive evidence of a positive impact on the older children’s academic and social development similar to what we found in Zambia.

Underpinning this work is my ECEC research – and that of colleagues – showing that African agrarian societies, when questioned about what constitutes “intelligence”, have a broad concept that includes two complementary dimensions. There is the quickness, cognitive alacrity and cleverness that Western intelligence tests emphasise. The other dimension is about children’s cooperativeness and social responsibility, and includes their capacity to be given instructions, sent off on a task and achieve an assigned goal reliably.

Together, these capacities are known among Zambia’s Chewa people as nzelu. My study asked parents which of the two dimensions of nzelu was most important – cleverness or social responsibility. The most common response was that you can’t have one without the other. In other words, somebody cannot be judged intelligent if they don’t exhibit both quick thinking and social responsibility.

This African concept of intelligence – common to agrarian societies and broader than the Western academic focus on cognitive skills – has also emerged from studies of other peoples, including the Bemba and the Lozi in Zambia, the Makonde people of Tanzania and the Baoulé people of Côte d’Ivoire.

Eleanor Grigorenko and Robert Sternberg have replicated the methodology I used in my Zambian ECEC study and found similar conceptualisation among the Luo people in Kenya. Cooperative learning is part of the social responsibility dimension, which helps to explain the enthusiasm of those who took part in the Mpika project.

None of this means that there is one simple African notion of how to raise children. Foraging communities, relying on hunting and gathering, put a high value on developing autonomy in children, as described in Sheina Lew-Levy’s study of the Bayaka and Hadza peoples. In contrast, African agrarian societies demand more compliance and cooperation.

However, there are clearly child-rearing philosophies that are distinct from those in the global north and have developed because they fit Africa’s contexts. Some of these risk being overlooked and repressed by Western cultural innovations such as ECEC, if those innovations are deployed inflexibly.

So, for example, Professor Bame Nsamenang, one of Africa’s leading psychologists, who died in 2018, highlighted how Western agencies promoting education typically criticise the high level of participation of adolescent girls in caring for their younger siblings. They see it as a diversion from the girls’ education and a mark of exploitation by mothers who should be doing the infant caring.

However, Nsamenang pointed out that the girls were not being kept at home just to reduce the mother’s burden of caring for the baby, but rather as part of a positive socialisation agenda for the girls, rooted in African concepts of healthy child development and intelligence that includes social responsibility.

ECEC in Africa faces the challenge of how to integrate such important insights into its practice. So it might, for example, support responsible sibling care as part of the educational agenda of ECEC and primary schooling, so that older girls are not faced with a binary choice between participating in an indigenous system of child-rearing or getting a school education.

Making ECEC more open to adaptation is particularly important because the intellectual foundations that shaped ECEC in Western and other industrialised societies, before it was confidently transferred to Africa, are coming under increasingly critical scientific analysis.

The focus of the dominant ECEC package on mother-child interactions reflects the neo-Freudian concept that healthy child development requires exclusive attachment to one adult in the first year. The incompleteness of this theory is demonstrated by successful child-rearing practices in Africa and Asia that distribute responsibility for child care among various adults and the child’s elder siblings.

ECEC orthodoxy in the global north has also tended to reflect literature on the so-called “Word Gap”, which posits that children from less privileged Western backgrounds lack sufficient exposure to language, which hampers their speaking and reading development. That orthodoxy, which has powered early years’ interventions, is now challenged by more recent research showing that language exposure in less privileged groups is, in fact, sufficient for the language development required to achieve future competencies.

In short, ECEC, as translated from its origins in Western societies, can afford to shed some of these already shaky cultural assumptions and be open to insights and practices that have proven adaptive and successful in the societies to which it is being transferred.

Creative next steps for ECEC in Africa

A good start, for example, would be for ECEC initiatives in Africa to consider how to build more child-to-child delivery into care, as exemplified by the Mpika project. This would make ECEC less costly to parents, could be educationally beneficial to older children delivering some of the care, and might help alter parental perceptions that ECEC is just another branch of a form of schooling which is culturally alien to them.

Such rethinking and experimentation with ECEC has the potential to develop models that could be applicable in the global north. There, many prominent social commentators are recognising that social responsibility – and not just cognitive skills – is an important outcome of child development. African experience could offer the global north some suggestions about how to nurture that vital element of child development, neglect of which poses a global challenge for the future of humankind.

Forex: Angolans may buy as much as USD120k/year

Tanzania-UK relations getting a fresh start

Forex: Angolans may buy as much as USD120k/year

Foreign banks in Ethiopia: The thin line in between strategy and law