As a taxpayer EU citizen living in the United Kingdom, I have to admit that this is the very first time that I look at the acronym BREXIT with kind eyes. Over this weekend, a number of senior African officials are making their way to London for the much anticipated UK-Africa Investment Summit taking place Monday (January 20th).

Hosted by Prime Minister Boris Johnson, the event will be attended by over 20 African head of states and a number of entourages with a very exciting agenda that revolves around trade agreements and investment commitments. Parallel to the BREXIT negotiations over the last 3 years, the UK has been hard at work in the negotiation table to guarantee that after it leaves the European Union, it secures the continuance of a tariff-free market access with some 36 African countries on the “everything but arms” scheme.

According to a quote from Emma Wade, Her Majesty’s Trade Commissioner for Africa in an article at the African Business Magazine, legislation has already been passed allowing the transition of those into a UK generalised scheme of preferences, which will replicate what currently exists at the EU level. Once agreed, the new deals kick-in on January 1, 2021, at the end of the implementation phase of the UK’s exit from the EU, Wade-Smith confirmed. 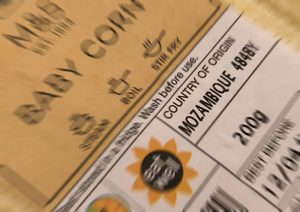 Observant shoppers buying groceries in any major supermarkets in the UK will notice that a great deal of verdure, vegetables and fruits on sale come from Africa. Key mineral resources, notably gold, platinum, diamonds, copper, oil, gas and coal are also part of the nearly £80 billion worth of trade between the UK and African countries.

In my view, the momentum created by BREXIT represents a real opportunity for African countries to negotiate better, fairer trade deals with the UK as well as to procure substantial investment opportunities. With BREXIT consequences looming close to reality, the UK has been displaying a different attitude towards Africa. A respectable approach focused in Africa switching from aid and short-term poverty relief into long term economic development and the promotion of security.

Proof of that is the fact that in 2019 the UK increased their personnel in the continent by 15% in a clear attempt to boost trade and investment. The opportunity for good trade deals are on the table and I believe we shall see some exciting announcements, both in the Summit as well as on a number of parallel events African governments are hosting in London this week.

Last November, the largest of these trade deals, the UK/SACU and Mozambique: Economic Partnership Agreement (MS No.34/2019) was presented to Parliament.
In 2019, the volume of trade from this region alone (Southern African Customs Union + Mozambique) was close to £10 billion and there are indications that there could be a breakthrough in Angola’s bid to join the agreement. Another deal between the UK and Eastern and Southern Africa, including Mauritius, Seychelles, Zimbabwe, and Madagascar, has also been struck, according to Wade-Smith.

If done right, and I mean on both sides on the fence, Africa may very well become one of the key elements to promote a smooth BREXIT transition. Time will tell.