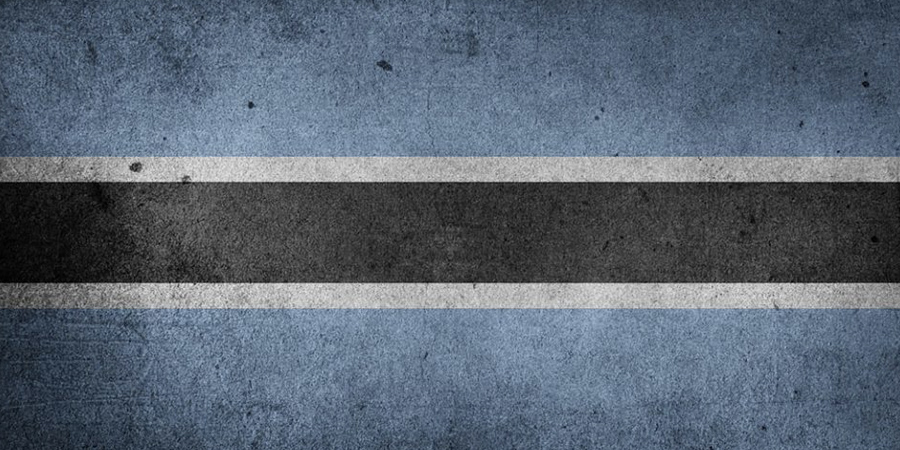 Deputy Managing Director of the International Monetary Fund (IMF), Tao Zhang has called on Botswana to fast-track coming up and swiftly implementing a completely new growth model to transform Botswana’s economy before it is weighed down by increasing external shocks and stagnant domestic growth rate.

Tao Zhang was speaking at a workshop on economic diversification held in conjunction with Bank of Botswana in Kasane this past weekend. Zhang noted that Botswana’s success story from one of the poorest countries in the world before independence to one of the most celebrated rapid economic growth examples today cannot go untold.

The IMF Top Executive however underscored that it is now time to elevate to another level “This has been one of the inspiring transformations in Sub-Saharan Africa, however the need for a new growth model to accelerate Botswana’s convergence and transition to high-income status cannot be over emphasized,” he said.

Zhang cautioned that in the short term Botswana has to guard against external shocks, those to the diamond market and climate change, stressing that these short- and long-term challenges could be addressed by diversifying the economy.

“The government of Botswana has made clear its objectives. The question that remains is how best to achieve them, macroeconomic stability and a predictable policy environment are critical to supporting good outcomes from the interventions geared towards realizing these aspirations,” he said.

The IMF’s second-in-command posed questions to attendees who included amongst others policy makers, members of the National Economic Transformation Strategy committee and top officials from Ministry of Finance, Bank of Botswana and Ministry of Investment Trade & Industry.

“What is the role of the government? Should it follow sector-neutral or horizontal policies, letting market forces choose sectors and activities, or should it follow a more active approach as many countries have done?”, posed the Washington based lender Deputy Chief.

Zhang cited Chile as one of the countries that realized return on investment from their economic growth matrix: “Whether Chile followed the standard growth recipe or went beyond it in developing the salmon industry, we need to learn and benchmark on that and see how best we can curtail that to our own economic circumstance and growth requisites,” he said. According to the IMF Executive the notion that markets do indeed fail and government intervention could be warranted is in practice difficult as it often not easy to identify a market failure realistically than it is on paper.

“Even abstracting from market failures, some countries have targeted specific sectors. And there the question arises, which sector should be targeted? Should we stick to the existing perceived comparative advantage and develop vertically along the supply chain of existing products?” Zhang reiterated that if policymakers decide to support a particular sector, then a question on how to support the sector, whether that sector should be regulated or not remain cardinal decisions for leaders to make.

“There is, of course, a wide range of policies including specific tax incentives, tariff and non-tariff barriers, cheap financing for special economic zones, and public research and development, but even tapping on those we need to ensure we do not undermine other economic growth requisites like domestic resource mobilization” Tao said. Tao Zhang’s visit comes after a mission undertaken by IMF team led by Mr Papa N’Diaye late last year which held discussions for the 2019 Article I Consultation with Botswana.

The discussions focused on macroeconomic policies to increase the resilience of the economy in the face of persistently low mineral revenue and transfers from the Southern African Customs Union (SACU), as well as the structural reforms needed to achieve the authorities’ objective to transition to a knowledge-based economy and high-income status by 2036.

The IMF team noted that after a relatively good performance in 2018, Botswana‘s economy faced headwinds in the year 2019 related to weaknesses in the diamond market, a severe drought, and slower growth in neighboring countries. It was noted that growth would slow to about 3.5 percent in 2019, while inflation would remain low. The Government current account was projected to move to negative territory, contributing to a decline in reserves.

The fiscal deficit was signaled to reach 5.75 percent of GDP due to lower-than-expected revenue, higher-than-expected increase in public wages and other recurrent spending. Despite these challenges, the banking sector was projected to remain well capitalized with improving liquidity. For the year 2020, the IMF team noted that under its baseline scenario, growth is expected to recover to 4.2 percent in 2020, as the diamond market normalizes and copper production comes into stream, and hover around 4 percent thereafter.

This was however noted by N’Diaye’s team to be a level too low to achieve Botswana’s development objectives and create enough jobs to absorb the new entrants into the labor market. N’Diaye further noted that infection would accelerate amid accommodative monetary policy but remain in the bottom half of the Bank of Botswana target band. Fiscal consolidation will gradually reduce the deficit and would contribute to a gradual rebuilding of buffers over the medium term.

“The outlook is subject to significant downside risks, including a global rise in protectionism, a faster-than-anticipated slowdown in China and in the euro area, and continued slow growth in South Africa,” he said. Experts say over the medium term, Botswana’s economy remains vulnerable to volatile mineral revenue and SACU transfers and to climate shocks. Economists say upside risks could stem from higher-than-expected mining production such as coal.

Papa N’Diaye’s team noted that Botswana’s objective to return to a ﬁscal surplus over the medium term in line with their track record of ﬁscal discipline was a welcome ambition.

“While Botswana still has some ﬁscal space that allows a gradual adjustment, ﬁscal consolidation should start in full year 2020, supported by both revenue and expenditure measures. In advancing consolidation, the composition of the adjustment needs to be carefully calibrated to minimize the impact on competitiveness, growth, and the most vulnerable,” recommended the IMF.

The global economic think tank further noted that for Botswana to achieve its objectives of moving to a knowledge-based economy and to high-income status by 2036, the country will require changing the growth model from a mining and government-led model to a private sector and export-driven. This entails revamping the macroeconomic policy frameworks to increase the resilience of the economy and accelerating the implementation of supply-side reforms.

Recommended ﬁscal reforms include amongst others modifying the fiscal rule to prevent further erosions in buffers and achieve Botswana’s intergenerational equity objectives. The IMF also recommended that Botswana should increase its revenue mobilization through broadening the tax base and advancing tax reform, as well a public financial management reforms to enhancing the efficiency of spending.

Botswana was also advised to reform parastatals and other extra-budgetary entities, including by enforcing compliance to best governance practices and strengthening their monitoring and accountability, and revamping the debt management framework. Regarding monetary and exchange rate policy, Bank of Botswana was advised to use the flexibility afforded by its current exchange rate regime to help the economy adjust to the persistent decline in mineral and trade resources and structural transformation.

“Recent reforms to strengthen the monetary transmission mechanism and deepen the domestic financial market should continue, including by further developing the secondary market for government securities, leveraging fintech, facilitating the attachment of collateral, and improving credit information,” said IMF chiefs.

The global lender says transitioning to a knowledge-based economy and a high-income status will require prioritizing investment in human capital, upgrading digital skills and deepening Information and Communications Technology penetration, as well as promoting integration in regional and global value chains.