How emerging markets will shape Africa in 2020

In recent years, Sub-Saharan Africa has increasingly traded old friends, like the US and the European Union, for new ones in emerging markets. Since 2006, the region’s exports to the US have declined by 66%, while exports to countries such as Russia and Turkey have doubled and tripled respectively.

This shift in partnerships comes as Africa embarks on a new era buoyed by the promise of the African Continental Free Trade Area (AfCFTA), the landmark free trade agreement that will become operational in 2020, as well as increased visa openness and harmonization of monetary policy through West Africa’s new Eco currency. African countries can and should start this decade by taking advantage of this progress to shift from reactive to proactive diplomacy by building new ties with vital emerging markets. Instead of a 21st-century scramble, for Africa, 2020 marks the beginning of 21st-century partnerships.

In 2020, African nations should turn to their counterparts in emerging markets to stabilize their growth prospects as traditional Western democracies navigate new waters in politics. By now, the China-Africa story is well-documented, but it is not the only emerging market to realize the benefit of increased African engagement. Investors from emerging markets such as China, India and the UAE now finance more than one-third of FDI projects, as well as more than half of all jobs created and capital invested in the region. These shifts in the balance of trade mark the beginning of a shift in Africa’s foreign relations. They point to the development of new alliances that will be critical in 2020 against a backdrop of US-China trade tensions and policy uncertainty in the UK owing to Brexit negotiations.

Between 2014 and 2018, the UAE injected more than $25.3 billion worth of capital into the continent and the volume of non-oil trade between Dubai and Africa rose to $37.2 billion in 2018. Owing to its close geographic proximity, the UAE has positioned itself as a gateway to Africa in more ways than one: Emirates, one of the country’s flagship airline carriers, now boasts one of the largest networks of African destinations in the world; and logistics operator DP World operates, develops and manages seven marine and inland terminals in Africa, including Senegal’s busiest container terminal and facilities in Egypt, Mozambique, Rwanda and Somaliland. 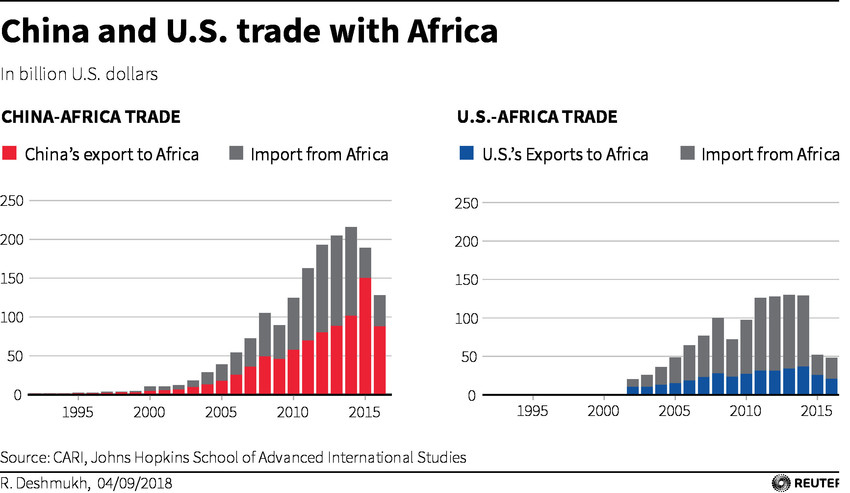 Dubai, meanwhile, has cemented its role as a central crossroads between the Middle East, Asia, and Africa by acting as a major re-exporter of goods to the continent. In 2020, UAE-Africa trade is likely to continue its upward trajectory, spurred by Expo 2020, a six-month event that will bring together more than 190 countries to foster knowledge-sharing and collaboration. The African Union will lead a delegation of African countries in exhibiting at the Expo, presenting an opportunity for its member states to shine a light on new trade and investment opportunities.

India’s recent economic strides and the ascendance of its middle class have propelled the country into a viable trading partner with technical expertise that has driven trade with Africa from $1 billion in 1995 to nearly $60 billion today. Tied by a common experience of colonialism, Africa and India are natural trade partners given similarities in language, law and commerce, and the strong presence of more than 3 million Indians in the diaspora with ties spanning generations. Africa primarily exports raw materials such as crude oil and minerals to India and imports refined petroleum, pharmaceutical products and vehicles, which make up almost 40% of India’s exports to Africa.

In pharmaceuticals, in particular, Indian companies have established a competitive advantage and play a vital role in reducing the price of HIV/AIDS and meningitis A drugs. But Indian companies aren’t just flooding the local market; they’re investing in local potential. Ghanaian health tech start-up mPharma, for example, recently received a round of funding led by Unbound Ventures, the VC arm of India’s Bharti Mittal Family office, best known in Africa for mobile operator Airtel. Given that the Indian regulatory and economic environment has more in common with many African countries than Silicon Valley or London, knowledge and capital exchanges such as the India-Africa Entrepreneurship Forum are likely to grow between the two regions in the coming year.

A third market likely to increase its engagement with Africa is Russia, which now seeks to engage with the region more strategically after decades of reduced engagement since the collapse of the Soviet Union. The Kremlin is now refocusing its efforts as highlighted by the recent 2019 Russia-Africa summit. At the gathering, Russian President Vladimir Putin told African leaders that he would seek to double trade ties between the two partners in the next five years. 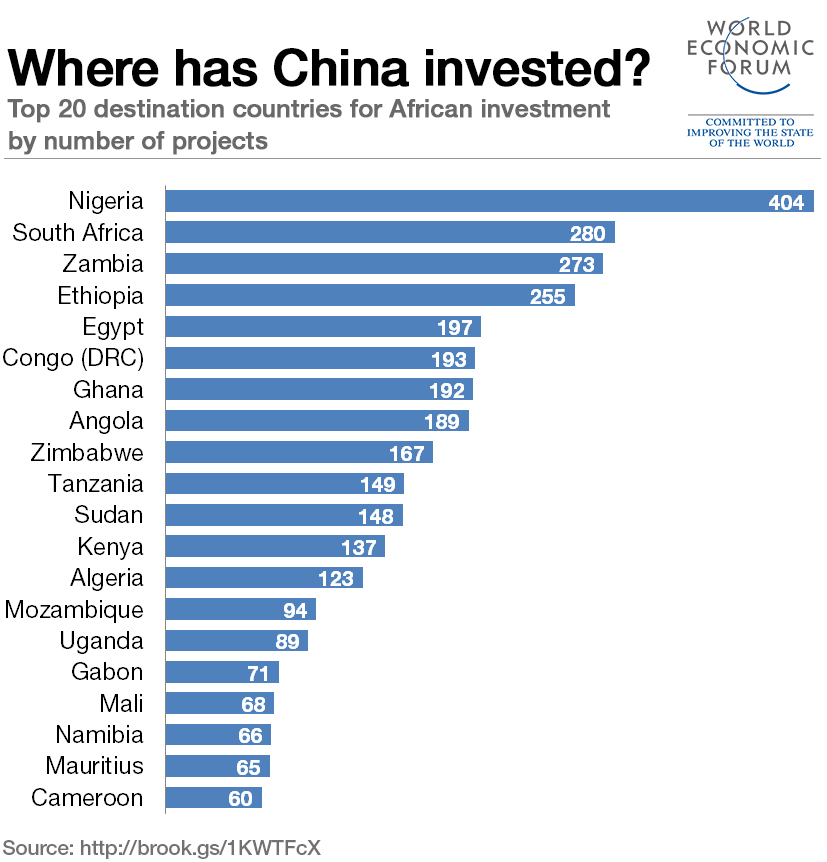 Traditionally, the majority of Russia’s investment in Africa has been concentrated in North Africa. In 2017, Russia’s trade with Africa was valued at $17 billion, 78% of which was conducted with North Africa. However, Russia’s most recent charm offensive seems to have stimulated increased expansion south of the Sahara. Russian Railways, for example, signed two memoranda of understanding with Nigeria and Congo; while URALCHEM and Grupo Opaia SA have signed a memorandum of understanding on the construction of a urea production enterprise in Angola. In total, 92 agreements, contracts and memoranda of understanding worth RUB 1.004 trillion ($16.4 billion) were signed at the summit, with a focus on transport and logistics, oil and gas, minerals and banking, among other sectors.

In 2020, it is imperative that African nations build on the foundations for strong partnerships established in recent years with their emerging market counterparts in Russia, India and the UAE. Given the IMF’s lowered African growth projections because of US-China trade tensions, Brexit and slowing Chinese growth, courting a wider network of partners will be critical for achieving the ambitious plans for 2020, 2025 and 2030 set out by countries from Ghana to Tanzania and the Ivory Coast – major economies in the region that all head to the polls later this year.