Interview: Africa and Italy, a case of successful collaboration

“One in every two African citizens is under 21 years old, and Africa is the only region in the world that will see a demographic growth. It’s a changing continent, full of opportunities for people who face it with curiosity and respect” says Martino Ghielmi, 34 years old, founder of Vadoinafrica.com, a community of italian speaking entrepreneurs and professionals who work in Africa.

Rafael: Martino, it’s a pleasure having you with us. I’m a big fan of the Vadoinafrica community. Can you tell us how it was born? 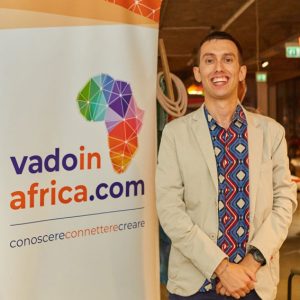 Martino: My passion for the african continent was born on athletic fields. When I was twenty years old, I went to Kenya for the first time, out of sheer curiosity. I’ve spent some time doing research there. I graduated in African Studies and I have worked for ten years between East and West Africa, dealing with cooperation, consulting and training.

In 2017, I decided to start a blog, and help italians understand how important it is to know the african continent better, beyond the backward, imprecise description that I used to see on mass media. Today, we are an online and offline community, made of about ten thousand entrepreneurs and professionals, who are passionate about creating value in Africa.

Our platform isn’t a B2B platform, but a collaborative network of people, united by their connection with Italy: there are Italian-speaking African diasporas, many italian immigrants worldwide, the Alumni of italian schools in Ethiopia and Eritrea.

Rafael: I’ve heard you saying that the italian vision of Africa is backward, what do you mean by that?

Martino: Geographically speaking, Italy is very close to the african continent. Even on a cultural level, we’re their closest european population, and the most mediterranean one. Nevertheless, for historic and linguistic reasons, we don’t realize it.

The vision that dominates mass-media and the heads of many people, even educated ones, is that Africa is a poor “country”, which survives out of international charity, and where everyone wants to emigrate to… Italy!

The obsession of the public debate about illegal migrations from Libia, a subject that is being exploited by a political class without perspective or responsibility, has made things even more difficult. Despite this, Italy is constantly active in the continent, both as an investor and a commercial partner.

Rafael: Back to Vadoinafrica, How are you organized?

Martino: Vadoinafrica was originally a free Facebook group where we shared experiences, contacts and resources.

We regularly meet in our Vadoinafrica Meetups in the biggest italian or african cities, doing networking aperitifs. Last year, we organized 11 events, in cities like Milan, Dakar, Rome, Kampala, Florence, Bologna and Padua.

The second level, called Vadoinafrica Business Lab, is a membership for entrepreneurs, with guests on livestream, analysis, opportunities and exclusive events. At a third level, we are a network of young professionals, who work with companies and institutions to create value in the african continent. 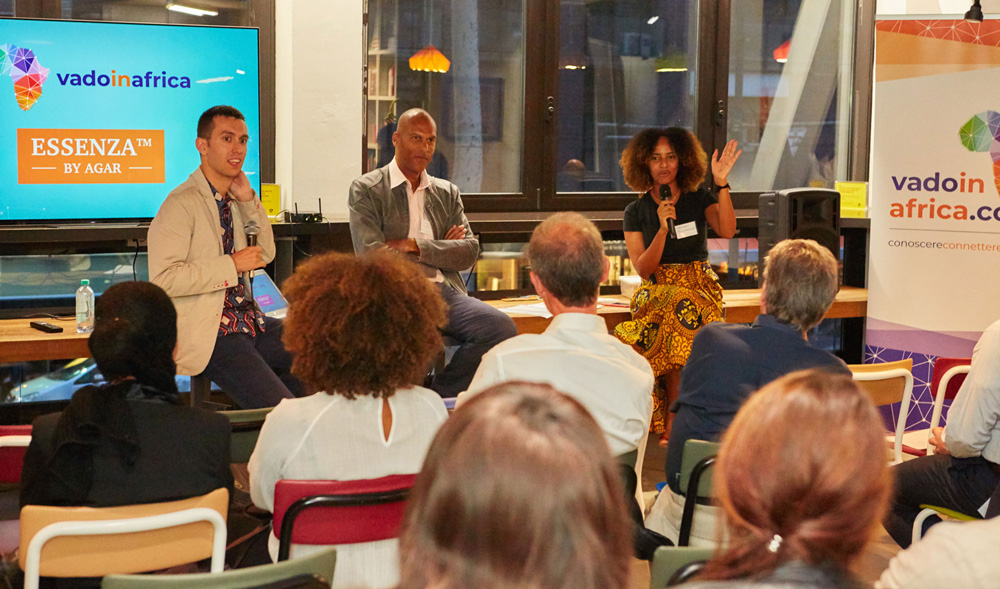 Rafael: What are the African countries and sectors being observed with more interest in Italy?

Martino: At the moment, the country that receives the most interest is Senegal, with which there is a historical link of two-way migratory flows. There are over one hundred thousand Senegalese residents in Italy, the largest Sub-Saharan community, and about four thousand Italians in Senegal, often small entrepreneurs who have known the country thanks to Senegalese colleagues, partners or employees.

Other countries towards which there is a growing interest are Tunisia, the country geographically closest to Italy, Ghana and Kenya. The main sector is agri-food transformation, a field full of opportunities everywhere and where Italy has a long standing tradition in the production of quality machinery.

There is also a lot of interest in afro-fashion projects, for the world of design and for the never-ending applications of information technology.

Rafael: What do you think are the roads to be explored in search of common ground between Europe and Africa?

Martino: As the Nigerian Wole Soyinka (Nobel Prize for Literature in 1986) says, Euro-African relations over the past five centuries are the story of a monologue. The European one. From the collective trauma of the Atlantic trade and the colonial period, Europe is struggling to recognize African voices and interests as equals.

In fact, “there has never been a mutual recognition which takes note of the economic conditions that have profoundly changed in recent times, but a one-way comparison. Of course, African leaders also have their responsibilities. It is a pity, because a dialogue between equals would greatly favor the development of human relationships.”

At Vadoinafrica, we try to listen to African voices, including what they have to say in the cultural and creative fields, which represent the keys to create new perspectives and partnerships.

Our community brings together those who understand that “something new always comes from Africa”, ​​as Pliny the Elder said. Those who believe that the aging Europe can no longer look brazenly or with an air of superiority towards the South. 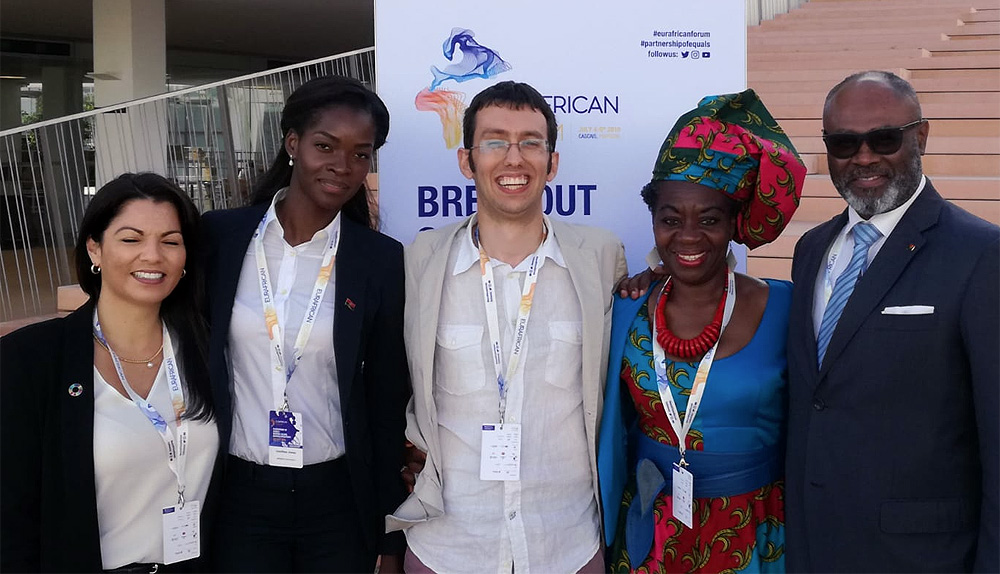 Rafael: What role do you see for entrepreneurs on both continents?

Martino: I believe that greater knowledge between entrepreneurs, even more than between companies, will facilitate and ignite a movement of win-win exchanges and long-term partnerships.

Europe must understand that, in order to better face the challenges of the next century, it is necessary to reconsider the common humanity with its African “neighbours”, seen as people and not as statistics.

Curiosity and humility are needed to understand African consumers, anticipate trends and forge long-term partnerships. I think that the pragmatism that characterizes those who create something new, at any latitude, can offer precious keys to explore new perspectives of relationship between the two continents, for many complementary aspects.

Rafael: What are you future projects?

Martino: We’re organizing many Vadoinafrica meetups for the next months, in several locations around the globe. To understand more about us and to experiment the strength of our community, everyone is welcome to join our Facebook group. You don’t need to be an italian speaker to join in.