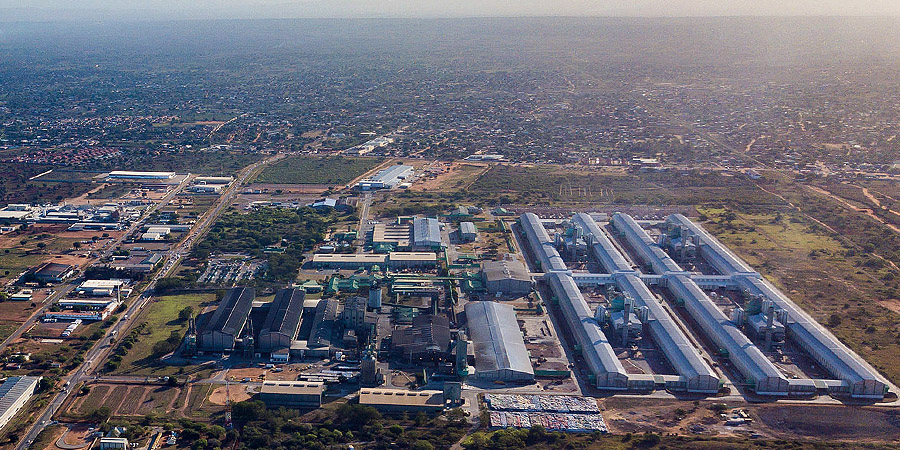 With a total of US$3 billion in investments and around 40 associated companies, Beluluane Industrial Park has been a shining example of how industrial free zones can benefit SMEs and the economy generally.

At a time when discussions on how to revitalise Mozambique’s manufacturing industry are accelerating, Semanário Económico has been looking at successful examples, including Beluluane Industrial Park.

A public-private initiative between the Mozambican state represented by APIEX, with 40% of the shares, and the private sector represented by Chiefton, with 60% of the shares and comprising Mozambican and Swiss investors, Beluluane Industrial Park, created in the 2000s, housing light industries such as clothing, manufacturing, including automobile and general engineering, and aluminium processing industries.

Beluluane Industrial Park has recorded investments of around US$3 billion, and over 40 companies participating, generating more than 5,000 jobs.

“In the last five years, we have had about 14 new investors, of whom about 10 have already established themselves and are operating, with the remaining five in the project approval phase,” general manager Onório Manuel reports.

Manuel explains that most of the companies in the park are linked to the metal processing industry. “Some provide services to Mozal; some of them are owned by Mozambicans and others by South Africans. Another sector is construction material,” he says. “But we’ve also got a company that manufactures artificial hair, and another that recycles metals.”

The government’s commitment to the industrial zone was demonstrated by it making the Beluluane Free Zone a favoured location with the Southern African region for industrial and export-oriented activities. Enterprises operating there benefit from significant exemptions in customs and tax duties, with the emphasis on the IRPC [Corporate Income Tax].

“The burden of IRPC in Mozambique is 32%. Companies operating under an industrial free zone regime enjoy exemption in the first 10 years, during which there is no IRPC to pay. From the 11th to the 15th year of activity, there is a 50% exemption, that is, instead of paying 32%, they pay 16%. And from the 15th year of activity to the remaining life of the project, there is a 25% reduction, that is, companies only pay 75% of the 32% IRPC tax rate, meaning that they pay 24%,” Manuel explains.

Manuel stresses that the companies in Beluluane Industrial Park make the best use of an industrial umbrella that ranges from access to energy and water, good roads and modern information technologies.

This, combined with the Park’s strategic location, means exporters enjoy a considerable advantage when competing in world markets.

“Investors compare all these factors when they are thinking about whether to settle in Mozambique or in another SADC country,” Manuel points out.

The 2020-2030 Beluluane Development Master Plan foresees approximately US$100 million being used to create infrastructure in the more-than 500 hectares of the area yet to be developed.

Another important step is connected to the roll-out of the Park concept to other parts of the country, including Cabo Delgado, on account of its emerging oil and gas industry.

“We are attentive to these opportunities, and seeing if there may be industries willing to settle here that could leverage the complementary downstream areas in the oil and gas industry,” Onório Manuel concludes.

Natural gas from the Rovuma basin is behind a 2,000 MW energy generation project already approved for the Beluluane Industrial Park.

Watch the interview below: