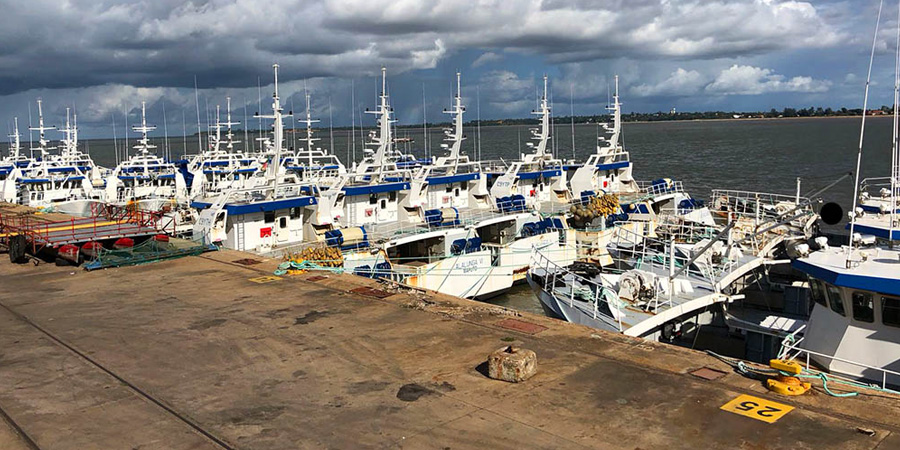 According to a report in Wednesday’s issue of the independent newssheet “Mediadax”, the Mozambican government has paid the first instalment (“coupon”) of the interest supposedly owed to the holders of what were originally the bonds issued by the fraudulent company, Ematum (Mozambique Tuna Company) – even though this payment violates last year’s ruling by the Constitutional Council, effectively the country’s highest court, that the Ematum debt is null and void.

This payment arises from the second renegotiation of the Ematum debt. In late May 2019, the Finance Ministry announced it had reached an agreement on the principles of restructuring the debt arising from the bonds initially issued in 2013. Under the deal, the bondholders were invited to exchange their existing bonds for new bonds, with a face value of 900 million dollars, with an accrual date of 15 July 2019, and maturing on 15 September 2031.

Annual interest will be five per cent up until 1 September 2023, and an outrageous nine per cent from 2023 to 2031. This compares with an interest rate of 5.875 per cent in the previous agreement, never implemented, of November 2018.

Three fraudulent, security-linked companies – Ematum, Proindicus and MAM (Mozambique Asset Management) – took out loans of over two billion US dollars from the European banks Credit Suisse and VTB of Russia in 2013 and 2014.

The banks never undertook any due diligence on the three companies, which are now all effectively bankrupt. The loans only went ahead because the government, then under President Armando Guebuza, illegally issued guarantees, which smashed through the ceiling on loan guarantees established by the 2013 and 2014 budget laws.

The 850 million dollar loan to Ematum took the form of a bond issue, but in April 2016 a deal was struck with the bondholders under which the Ematum bonds were replaced by sovereign government bonds with a longer repayment time, but at a higher interest rate.

Shortly after this deal was announced, the other two Credit Suisse and VTB loans, to Proindicus and MAM, for over 1.1 billion dollars, became public knowledge. The Guebuza government had hidden these loans, both from the Mozambican public and from the country’s partners, including the International Monetary Fund (IMF).

Accusing the government of concealing the country’s true macro-economic situation, the IMF suspended its programme with Mozambique, and the 14 donors who had provided direct support to the state budget halted all further disbursements. The government announced that it could not service these debts, until creditors agreed to restructure them.

The April 2016 deal with the bondholders means that the Ematum debt has a slightly different legal status to the Proindicus and MAM debts. But all three are undoubtedly illegal.

Less than a week after the deal with the bondholders, the Constitutional Council, on 3 June 2019, declared null and void all acts concerning the Ematum loan.

Also null and void “with all the legal consequences” was the loan guarantee issued by the Guebuza government.

The government, the Constitutional Council said, had “completely disrespected” both the Constitution and the law by contracting the Ematum debt. The loan and guarantee were thus null and void.

This clearly invalidated the new deal struck with the bondholders. Yet the Finance Ministry has acted as though the Constitutional Council ruling did not exist.

But, at the same time, the government s trying to annul the debt to VTB arising from the loan of 535 million dollars from VTB to MAM in 2014. Although the Constitutional Council was not asked to consider the MAM loan, it suffers from exactly the same illegalities as the Ematum loan.

The matter is now before the London courts, with VTB attempting to have the courts declare the loan guarantee valid and binding. VTB wants to squeeze a total of 670 million dollars out of Mozambique – this is the capital, the interest, plus alleged damages arising from breach of contract.

VTB’s attack on Mozambique comes as something of a surprise, since this is a bank where the Russian state is the majority shareholder, and last year there was something of a rapprochement between the Mozambican and the Russian governments, including two visits to Russia by President Filipe Nyusi – one a working visit in August, at the invitation of Russian President Vladimir Putin, and the second, in October, when Nyusi attended the Russia-Africa summit in the Black Sea city of Sochi.

Indeed, after meeting with Nyusi in Sochi, the chairperson of VTB, Andey Kostin, denied that VTB had ever issued an ultimatum to Mozambique over the MAM debt. He claimed “we could never give an ultimatum to our friend that is the government of Mozambique. There is no way we would do that”.