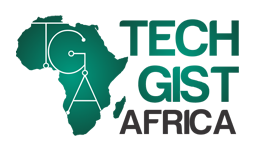 MTN Uganda has finally moved to list 20% of its shares on the Ugandan Securities Exchange. The Telco has to list to obtain a long-term operational licence in the country. This will put an end to the clashes between the mobile operator and the government.

The government had earlier instructed Telcos to obtain National Telecom Licences. They were mandated to list at least 20% of their company shares within the first two years of obtaining the licence. In response, MTN has agreed to pay the $100 million for the issuance of the fourteen-year-long licence. The fee will be paid in two instalments to the Ugandan Revenue Authority.

The licence will take effect from June 30th 2020. MTN will gain full geographical access to the country. It will improve the quality of its telecommunication services for both new and existing customers. It will also give room for public investment in mobile network operators.

First fertilizer shipment from Russian for Africa arrives in Mozambique

Join 99,623 other subscribers.
No Result
View All Result