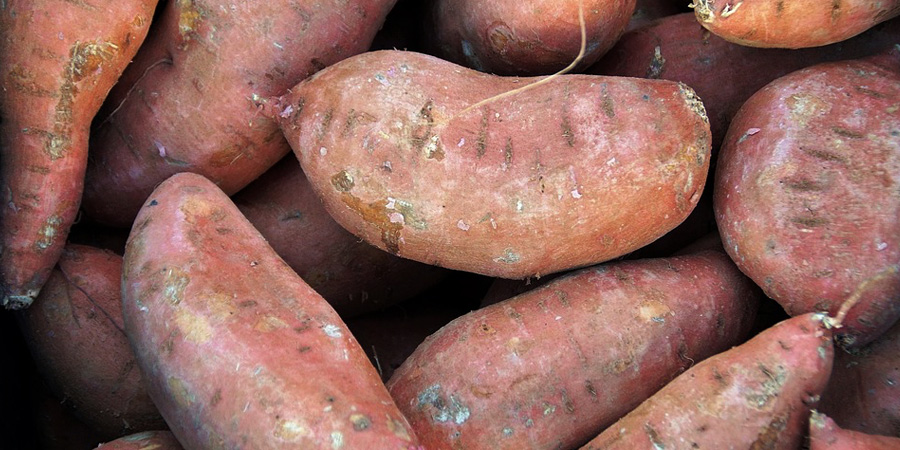 The rest of her land is used to grow pineapples, sugarcane and banana. Mukasine is part of a group of 70 commercial sweet potato vine multipliers, who have been working the past eight years with the Rwanda Agriculture and Animal Resources Development Board (RAB) and the International Potato Center (CIP) to develop more effective seed systems and sweet potato varieties.

Initially, Mukasine obtained seed through projects offering free starter material. Having seen the benefits that come with using disease-free vines, she decided to start purchasing quality-guaranteed planting material produced in insect-proof net tunnels or screen houses. She also prefers to diversify her land and have at least two varieties of sweet potato on her farm instead of just one. This diversity has helped manage and mitigate risks related to disease and climatic conditions, such as drought or excessive rainfall.

Through testing and study, Mukasine grows Kabode and Vita sweet potato varieties, which were developed in Uganda through the efforts of CIP’s Dr Robert Mwanga (one of four 2016 World Food Prize awardee) and his team, working closely with National Agriculture Research Organization (NARO) researchers.