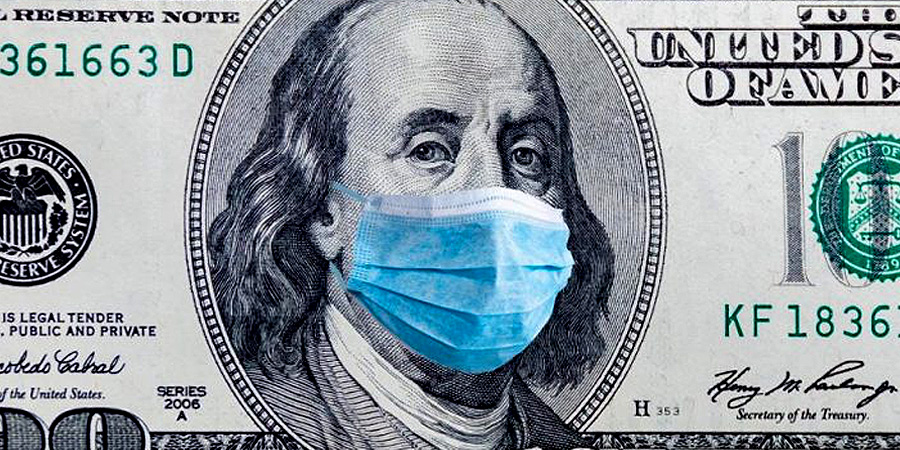 The coronavirus (COVID-19) which has already taken over 360 lives and infected nearly 9,000 people across Africa is hurting the continent’s economy.

The novel coronavirus (COVID-19) is creating chaos all over the globe, taking lives, unevenly infecting a large number of people over space and time, and also affecting markets performance. Despite, these scenarios, African nations are keeping up the fight in curbing the virus impacts.

The continent’s central banks are trying to cushion their respective nation’s economies against the impact of the COVID-19 pandemic.

According to information from Bloomberg, as many central banks in the region of more than 1.2 billion target inflation and have to prop up volatile currencies, they have also used non-traditional policy tools, to cut interest rates to salvage economic growth and encourage more lending to consumers and businesses.

The pandemic which has infected more than 1 million people and killed over 69,000 people worldwide is hurting fragile African economies so bad.

According to a study conducted by African Union, the previously projected Gross Domestic Product (GDP) of 3.4 per cent will now shrink to almost 0.8 per cent, while another scenario suggests a 1.1 per cent dip.

As applied in other continents, some African nations have applied lockdowns, which have brought economic activity to a halt in many African countries, leaving deserted the streets of the commercial hubs of Lagos in Nigeria and Johannesburg in South Africa, suspending exports to try and maintain domestic food supplies and stopping travel.

Thus, according to Razia Khan, chief economist for Africa and the Middle East at Standard Chartered Bank, this means the impact of the coronavirus is transmitted to African economies much faster than during the global financial crisis when they were largely affected through external channels.

Currently, the continent has recorded over 9,000 cases and more than 360 confirmed deaths in 50 countries in the region.

In cushioning the virus impact on the economy, various central banks have employed measures to derail the pandemic burden.

According to information from Bloomberg, Nigeria devalued the naira as the oil price crashed, bringing the exchange rate closer to the black-market value, while Zimbabwe restored its currency’s peg to the greenback as the local unit crashed and foreign exchange became scarce.

At least 10 central banks, including in Botswana, South Africa, Kenya and Malawi, have announced lower reserve or liquidity requirements for commercial lenders to encourage more lending.

The South African Reserve Bank said it would start buying debt in the secondary market to boost liquidity.

Ghana will amend its central bank laws to allow the government to borrow up to 10 per cent of the previous year’s tax revenue from the Bank of Ghana — double the current rate.

Ghana and Kenya both cut their key interest rates to an eight-year low and the East African country’s monetary policy committee will meet again this month instead of waiting for its scheduled bi-monthly gathering in May.

Mauritius and Namibia reduced their benchmark rates to record lows, with South Africa’s biggest cut in more than a decade giving its northwestern neighbour room to ease.

However, in countries such as South Africa, the burden of support has fallen on the central bank because the government lacks the fiscal space and resources to provide stimulus.

It is clear that, despite their efforts, African central banks alone won’t be able to stimulate the regional economy out of a coronavirus crisis.

It could take African economies up to three years to recover from the slowdown and the continent needs the emergency stimulus of $100 billion, including debt-servicing waivers, according to the region’s finance ministers.

It is with no doubt that Africa is carrying a heavy burden triggered by the virus, as the AU study also projected that nearly 20 million jobs in the formal and informal sectors are threatened if the pandemic keeps unfolding in the continent.